Why The Rent Vs Buy Debate Is Completely Pointless 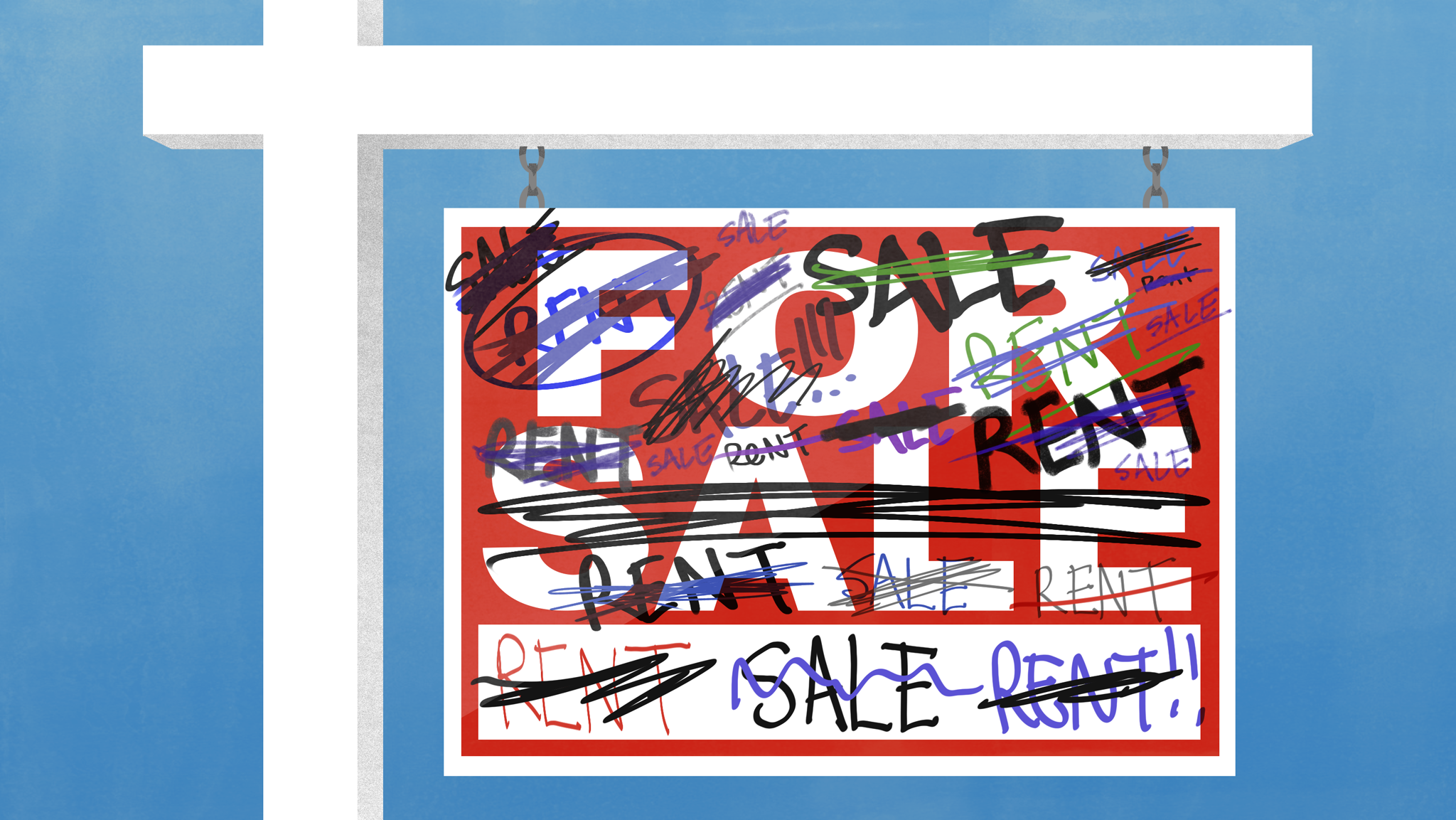 After saving up for a long time, I recently bought a home, which caught some of my friends off guard. "I thought you were anti-homeownership," they said, because I think renting is underrated. Even as a homeowner, I still think renting is underrated. That doesn't mean buying is a bad decision. The rent vs buy debate is just silly overall. It ignores the enormous grey area that exists between the two options. Illustration by: Sam Woolley

For years, buying a home was a measure of financial success. The housing crisis flipped that idea on its head, though, and people realised buying isn't always smart. In fact, I've recently come across quite a few articles (or headlines, at least) that actually proclaim that buying a home is a stupid decision. If you dig into the meat of those articles, they explain that, sure, buying a home can be a good decision, but their headlines sum up the takeaway: buying a home is a dumb money move that sounds smart.

We've oversold the dream of homeownership for years, but now it seems like we're taking it to the other extreme. So how did we go from years of believing homeownership is a smart financial move to now believing it's one of the worst financial moves you can make? To address the question, it helps to see both sides of the argument.

Strong arguments in favour of buying are usually:

And the equally solid arguments in favour of renting:

All of these points are valid, and I considered them in my own decision, too. The thing is, though, there's a huge amount of grey area — individual factors — in all of them, so it doesn't make sense to assert that either decision is the best decision. These factors are important, but the debate that comes with them is useless because the answer hinges on specifics: rent prices, interest rates and so on. Buying a home can indeed be a bad financial move, but for many people, it isn't.

In other words, neither option is inherently smart or dumb, despite what traditional thinking and recent headlines will have you believe. It comes down to crunching some numbers, perhaps changing the way you think about homeownership and protecting your finances.

When you buy a home, you pay for things you don't have to pay for as a renter: loan interest, property taxes, insurance and even maintenance and repair costs. That's part of the argument in favour of renting: there are so many additional costs and factors that get overlooked. That goes for both sides, though, and the details vary depending on the situation. Here are a few commonly overlooked factors that make up the specifics.

These are just a few factors, and they're still far from conclusive in either direction. There are lots of caveats to consider. For example, opportunity cost is great, but are you actually going to invest that money, or just hoard it in your low-interest transaction account? If you don't earn a return, the point is moot.

It's impossible to say renting or buying is a better decision because each one of these factors (and more) depends on your unique situation. You have to consider where you live, what kind of house you're looking for, how much you pay in rent, how much you'll pay in the future... the list goes on and on.

The New York Times Rent vs Buy calculator is hands down the best we've seen for simplifying these complexities, depending on your own individual specifics. Still, a calculator can only do so much. It might tell you the better long-term decision on paper, but that still doesn't mean it's the best decision for you.

For example, when my fiancé and I crunched the numbers a few years ago, the calculator told us that buying was better if our rent was over $US1500 ($1938) per month. At that point, our rent was $US1600 ($2067), so technically, buying would have made more sense on paper. However, our down payment would have been less than 10 per cent, and aside from a small emergency fund, we didn't have much in savings. If one of us lost our job, we'd have trouble paying the mortgage. All of that was enough to postpone buying, despite what the calculator said.

The point is: as much as it does come down to the numbers, there's still more that goes into the decision. You have to consider affordability.

Your Home is a Purchase, Not an Investment

Most experts agree that you shouldn't think of your primary home as an investment. Contrary to popular belief, real estate barely outpaces inflation over time. Sure, you could time the market, flip a house or buy a rental, but that's different from expecting your primary home to earn you a sweet return. The investing myth is another valid argument against buying. Many people buy homes they can't afford or stretch their finances to pay for expensive home projects because they buy into this myth.

Experts agree that buying is a bad investment, but the problem is, many misinterpret this to mean buying a home is a bad idea in general. Just because your home isn't a great investment doesn't necessarily make it a bad purchase.

With any purchase, there's the matter of individual affordability. Most people are familiar with the 20 per cent rule for buying a home. Whether you put down that exact amount or not, you should avoid buying a house you can't afford to keep. How do you define "affordable", though? This is where rules of thumb come in handy. It may seem contradictory to suggest ballpark rules when we've been talking about taking your individual case into account, but they give you some smart guidelines to follow.

For example, the 25 per cent rule, which says your housing costs shouldn't be more than 25 per cent of your take-home pay, is good for that. It's not just your monthly payment, though. You also want to make sure you have enough cash in reserve in case of an emergency. In other words, don't be house poor.

Of course, there's the emotional aspect of homeownership. However, if the numbers don't add up, and you're going to be house poor, buying a home for the sake of owning is pretty pointless. The sense of satisfaction you get from owning is kind of offset by the risk of losing it to the bank. If the numbers do add up, however, and your monthly mortgage payment isn't going to financially ruin you, that's a different story.

The bottom line is: sometimes it's smarter to rent, and sometimes buying can work in your favour. Rather than giving in to one side or another, it's more helpful to learn the rules, crunch the numbers, then do what works — and feels right — for you.