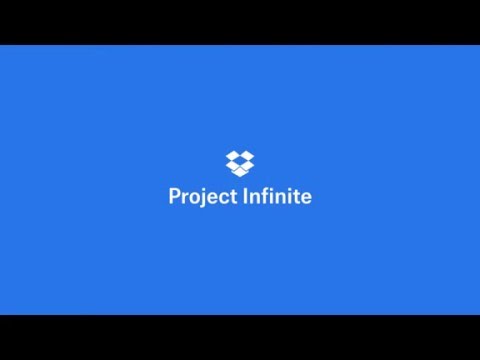 Dropbox’s desktop app is great for accessing files stored in its cloud storage service with ease but there was always one problem: files that are synced on your desktop used local disk space. Once that space was exhausted, files would cease to sync. Dropbox has created a solution to solve this issue called Project Infinite. Here’s what you need to know.

Project Infinite is a technology that is still in preview but what it promises will address a gripe that many Dropbox users, including myself, have with the service. I find using the web app version of Dropbox a clunky affair so I prefer the desktop app that nestles itself nicely in my File Explorer. But I often find my Dropbox stops syncing because I’ve ran out of space on my hard drive.

Aimed mainly at business users, Project Infinite promises to show all the files that are stored in a user’s Dropbox account through the desktop app, regardless of how much local disk space there is on a given PC. According to Dropbox:

“Everything in the company’s Dropbox that you’re given access to, whether it’s stored locally or in the cloud, will show up in Dropbox on your desktop. If it’s synced locally, you’ll see the familiar green checkmark, while everything else will have a new cloud icon.”

This is a feature that is available for computers running Windows 7 or higher or Mac OS X 10.9 and up. You can find out more about Project Infinite over at the Dropbox Business Blog.