How Fast Is The NBN In Its Current Form?

There has been a lot of talk about the National Broadband Network in its various guises under the Labor and now Liberal governments. But how fast really is it in its current form? How does it compare to today’s ADSL and broadband internationally? And, crucially, how long will it take to download an episode of Parks and Recreation? You’ll find the answers here.

Broadband before the NBN

ADSL2+ is the most common broadband technology used in Australia today. ADSL2+ speeds depend on the distance from the premises to the local telephone exchange.

This is because imperfections in the copper wires connecting the premises to the exchange can degrade the signal. So the longer the wire, the lower the speed.

A typical ADSL2+ download speed in Melbourne or Sydney is around 15 Mb/s, but many housholds have much lower speeds than this.

The chart below shows the average peak download speeds (an indication of the upper range of speeds) reported by Akamai for a number of countries in 2015, when Australia’s download speeds were ranked 49th in the world. 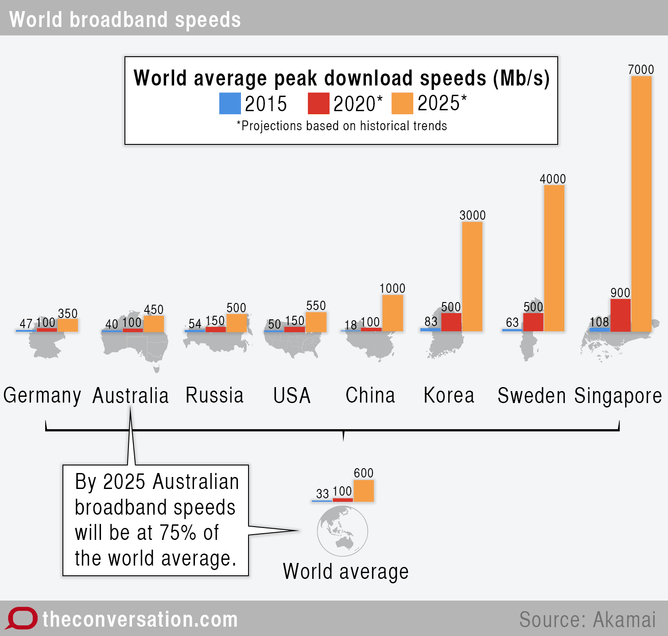 The wired part of the NBN will have three components:

FTTN will provide download speeds of 50 Mb/s to 100 Mb/s, and like ASDL, the speed will depend on the distance between the premises and the nearest node in the street. It will not be possible to upgrade FTTN services to higher speeds.

This animation gives an idea of the different download speeds of ADSL, FTTN, and FTTP in 2016, 2021 and 2026, based on expected technology improvements.

The speed of a broadband connection is not just about download speeds, but also the capacity for multiple streams through a single connection.

For example, a typical ADSL2+ connection could handle up to three high-definition (HD, or 1,920 × 1,080) video streams simultaneously.

Faster connection will be able to handle more simultaneous streams and at higher resolutions. 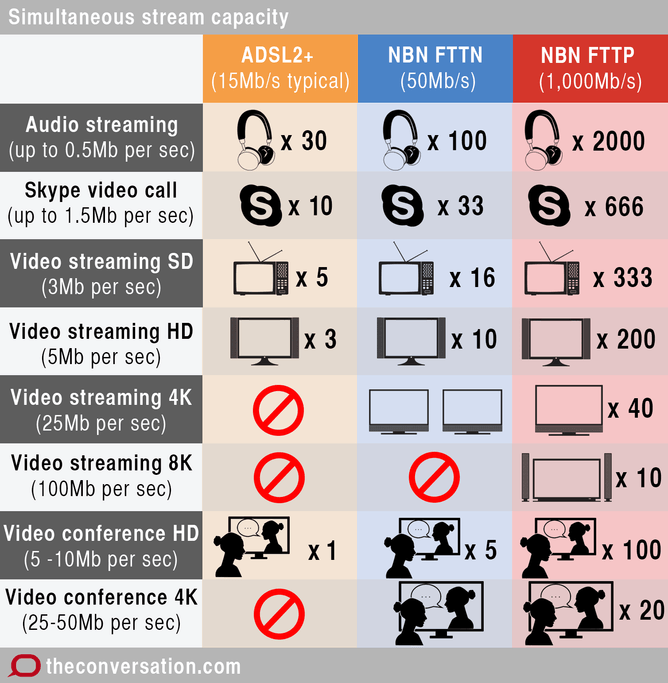 What your future household will require

This graphic shows the download requirements of a typical household in 2020 and 2025.

By then, 4K ultra-high-definition (3,840 x 2,160) video streaming will be common, and 4K TVs will be readily available. By 2020, a typical Australian home will have two of these devices. 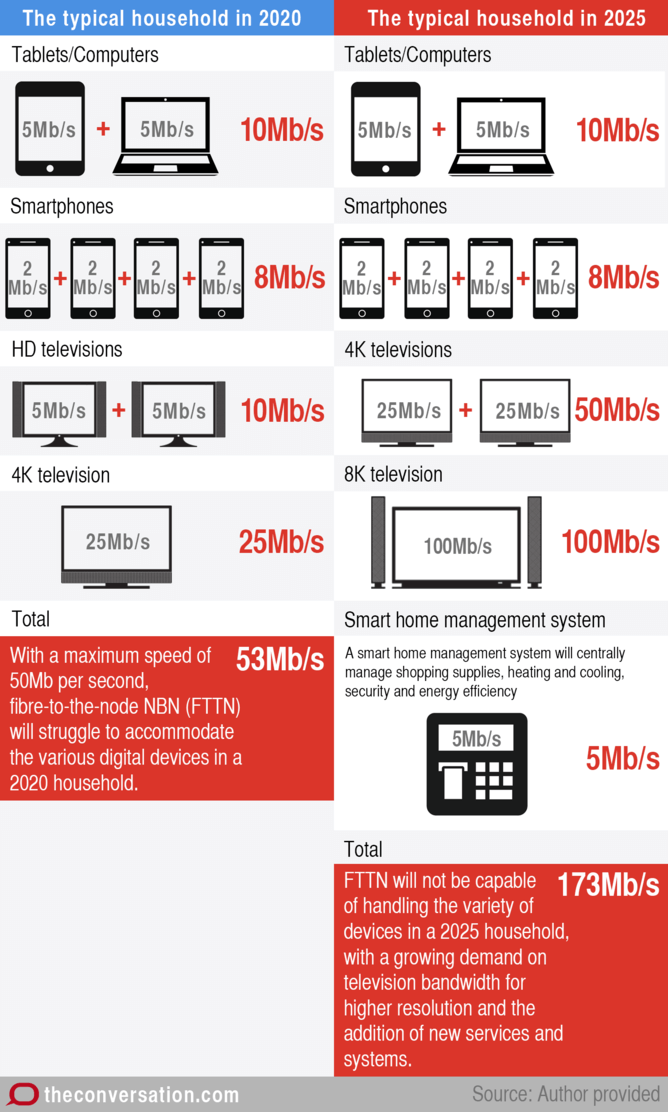