Create Dummy Social Accounts To Win Contests Without Annoying Everyone 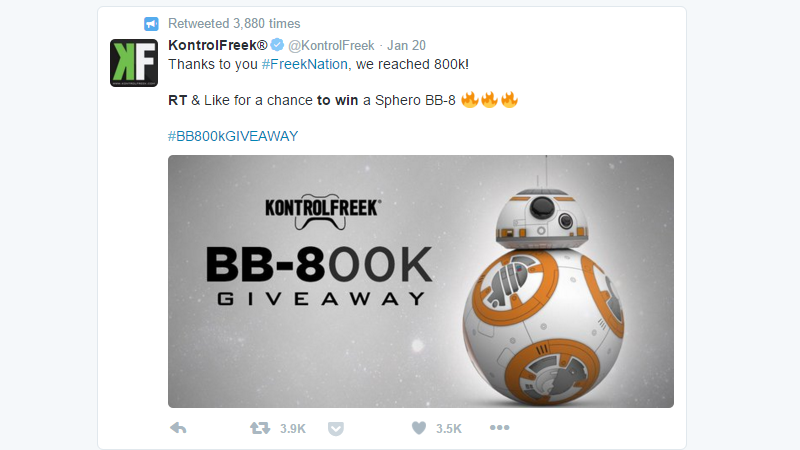 You’re probably still not quite over the emotional letdown of not winning the Powerball. Well, good news! There are tons of contests online you can enter. With a dummy social media account, you can enter all of them without annoying your friends.

Everyone has seen those “RT to win!” contests. Many companies offer prizes in exchange for a Like or a retweet or whatever the social media metric of the day is. Most of us only occasionally (if ever) enter these things because we’re afraid of alienating the people we interact with online by flooding them with a parade of nothing but contest entry shares and retweets.

As geek culture site Geek Portal points out, though, you don’t have to use your main account. Create a dummy Twitter or Facebook account and you can share whatever you want because no one’s paying attention. Since most civilized people want to post more than just social media contest entries, your competition starts to thin out. In fact, they can even help you:

So knowing who to follow is a little bit trickier and does become a matter of trial and error. I would look up search terms like “RT to win” or hashtags such as #contest, #win, or #giveaway and would follow brands that had contests and giveaways running. I started to notice that there were certain people that would enter every contest. Now these intense contesters are the people you want to follow, because it makes finding contests and giveaways a lot easier since their retweets or shares will show up in your [feed].

How lucrative social media contests are depends on how much time you want to put into it. The author says she spent six hours a week on contests and won about $US16k ($23k) in prizes during 2015. A return of over $50 per hour isn’t bad, but you may not want to spend that much time on it. However, if you’ve ever stumbled on a contest that you want to enter, use a dummy account, rather than sitting it out because you don’t want to pester the people that follow you.

Check out the full article below for more information on how to win social media contests without being a jerk about it.