How to Stop Annoying YouTube Bots From Spamming Everyone

Bots and spam comments are nothing new on YouTube, but lately the website is overrun with fake accounts trying to scam viewers commenting on their favourite channels. These scam accounts use the same name and profile image as the YouTube channel they’re exploiting, and the bots attempt to trick other users into thinking they won a special prize, asking them to click a link or contact them via DMs or texting an external messaging app like WhatsApp or Telegram.

Many users will recognise these scams immediately, but the bots often target videos and community posts running giveaways and other contests and some users may fall for the bait. After all, the reason there are so many bot accounts is because these tricks work, even if not very often.

Hopefully, YouTube takes action against these scams, but so far their response to content creators has been to simply use the comment moderation tools already available. Unfortunately, these options are either too limited to effectively stop the spam, or too restrictive and would impact the channel’s community engagement.

While this tool is helpful for content creators, it doesn’t do much for the users. If you’re annoyed by these bots, you could refrain from commenting to avoid the spam replies, but again: Community engagement is part of YouTube’s appeal.

We hope YouTube takes more aggressive measures against fake copycat accounts and spam bots so they’re less of an issue for everyone, but for now, users need to be mindful of the issue. Some telltale signs of bot comments are:

Also, if you comment on a video to take part in a channel’s official giveaway or contest, pay attention to the rules. If the YouTube channel says they will announce the winners in a video or community post, then that random lookalike account commenting that “you won” and to “reach out on WhatsApp to claim your prize” is fake. And if these comments show up randomly on an unrelated video, they’re definitely fake. 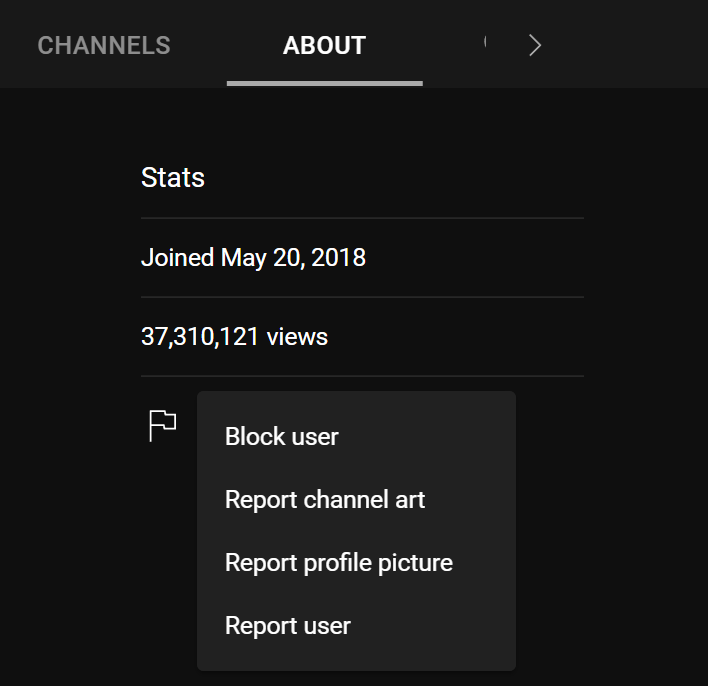 If you’re ever not sure an account is legit, simply view the channel page to confirm if it is, in fact, the real person.

If the account is fake, go to the channel’s “About” tab, click the Flag icon under “Stats,” select “Report user,” and fill out the form. If the channel is impersonating another YouTuber, let them know, and hopefully they can report the account as well and/or ban them from commenting using the YouTube Studio comment moderation tools.