Why A Computer Mouse Is Called A Mouse: Douglas Engelbart

douglas engelbartfeatureThese Are Your Numbers

Why is a mouse called a mouse? For that matter, who came up with the idea of a computer mouse — the idea may seem like common sense these days, but it would have taken a creative mind to come up with the initial concept. Meet early computer engineer, Douglas Engelbart, for whom his famous mouse was only a tiny part of a grander plan to revolutionise the world through modern technology.

As We May Think

Like many of our early computer pioneers, Engelbart served in the US Navy during World War II out of a sense of duty to his country, spending two years as a radar technician in the Philippines. The Navy appealed to him, thanks to his fascination with radar as a new and exciting kind of technology, showing a sense of curiosity that manifested through his entire life. After completing his training, Engelbart was sent to the island of Leyte as a Radio Technician, Petty Officer Second Class. It was on this tiny island that he read an essay by Vannevar Bush called “As We May Think” — an early piece of writing that called for machinery that would help make knowledge more accessible and further human understanding of the world. These days we see this work as a prediction of modern technology like the internet — a collective memory machine. From the outline of Bush’s work:

Author of “As We May Think”, Vannevar Bush

The memex is a device that could store information and communication (large memory). Some things that can be entered are, newspaper and books. The user is also able to find a particular book as he or she taps on its code on the keyboard. The codes that are frequently used to call forth pages are mnemonic and its possible to browse these pages at different speeds.
The main feature of the memex is the ability to tie two things together at will. In other words, to be able to associate two arbitrary items when wanted. The user is also able to build a trail, in which they name it, insert a name into the code book, and then taps it out on the keyboard.
The trails made can be shared with others and can also be published, like an encyclopedia (many more new forms are to appear). Soon we will be able to establish some kind of direct connection with absorbing material of the record with one of our senses, tactilely, orally, and visually. It would be great for humans to be able analyze present issues. As of now, science has been applied to live better, as well as for destruction. Possibly we may be able to apply the record to become wiser.

After serving his two years, Engelbart returned to Oregon State College, where he earned his bachelor’s degree in electrical engineering. He soon found a job at the National Advisory Committee for Aeronautics, working in wind tunnel maintenance at the Ames Research Center. If that name sounds familiar, it’s because NACA became NASA in the late 1950s, and the Ames center still operates under that organisation.

While he was working at NACA, Engelbart met his future wife, Ballard Fish, who was training to be an occupational therapist. They got engaged in 1950, but it was during this time that Engelbart had a bit of an existential crisis. Realising that his life goals went no further “than a steady job, getting married and living happily ever after”, as he described to journalist Tia O’Brien, he felt that continuing along that safe and steady path wouldn’t provide the opportunity to change the world — as he really wished to do with his life. 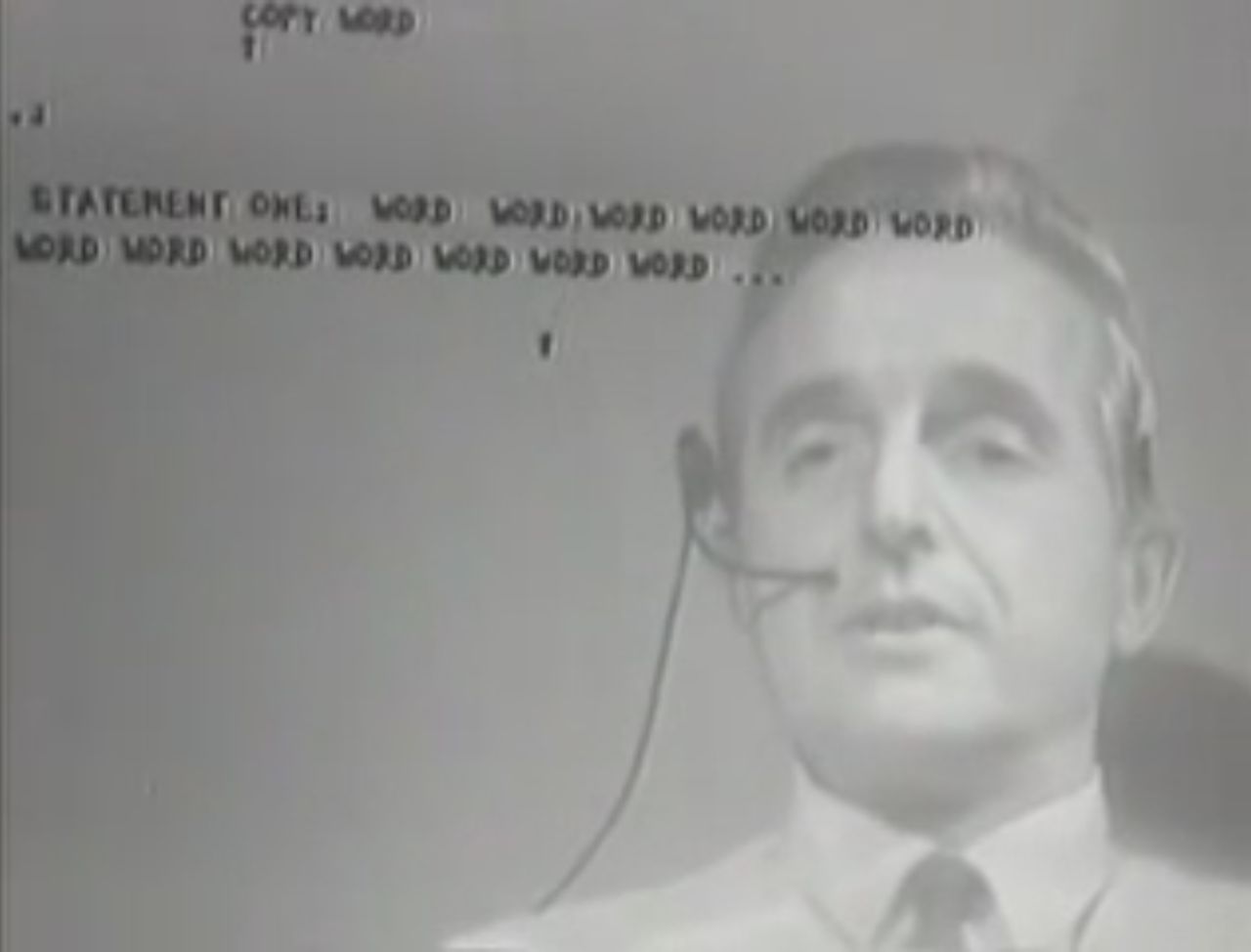 It all came back to Vannevar Bush’s philosophies, as he had read during his lonely years in the Philippines. Instead of trying to solve the world’s problems himself, like many who have tried and failed to make a difference, Engelbart believed that the world instead needed a framework through which groups of people could make a coordinated effort to solve said problems. The way to do so would be to augment human intelligence and build collective intelligence, as Bush first proposed with his ‘memex’ concept.

This was in the early 1950s, when the first computers were only just being built, requiring entire rooms to house them and huge teams to run them. At that point, computers were still little more than glorified, complicated calculators, and it was only one or two innovators who saw a future from the computer outside of calculating mathematical equations. Engelbart was one of these people. He saw the computer and computer networks as a vital answer to the world’s complex problems, and an answer to his own personal crisis.

After leaving NACA in 1951, Engelbart enrolled in graduate school at the University of California, Berkeley, and came away with a Master of Science degree in 1953. In 1955, he went beyond that and earned a Ph.D. in 1955 after assisting in the construction of the California Digital Computer project, known as ‘CALDIC’. While he dabbled in teaching for a while after earning his PhD, he ultimately decided that that path was not right for his chosen goal in life either, and he left to begin a startup called Digital Techniques that would commercialise his doctorate research on storage devices. Even this venture was not quite right for his vision, however, and ultimately Engelbart decided to pursue the path he had first envisioned after leaving NACA. 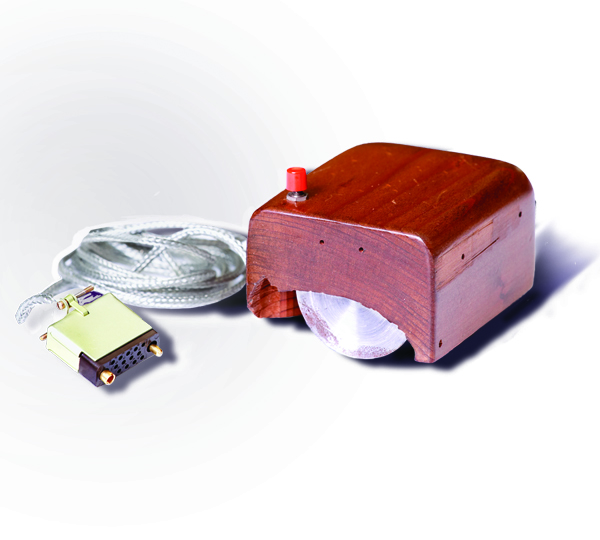 This path led him to SRI International, known then as the Stanford Research Institute, in 1957, where he worked for a time on magnetic devices and the miniaturization of electronics. It wasn’t until 1962 that he was able to act on his personal vision, however, producing a report that was titled Augmenting Human Intellect: A Conceptual Framework. This report was enough to obtain funding for his work, and Engelbart wasted no time recruiting a research team for his new Augmentation Research Center, or ARC lab.

It was in the ARC lab where Engelbart finally got to put into practice the ideas that had inspired him in 1951. One of the things he has become well known for in the industry is the concept of ‘bootstrapping’. Bootstrapping was a refinement of all his grand ideas, mainly his belief that progress could and would be accelerated when people spent time “improving their tools for improving their tools”.

While augmentation has a much different meaning today, much of the work done by Engelbart’s team at ARC was concerned with making computers and their interfaces much more accessible to their human operators. To this end, they developed a number of computer interface elements that are now taken for granted, such as hypertext, bitmapped screens, collaborative tools, an early precursor of the now ubiquitous graphical user interface and, yes — the mouse. 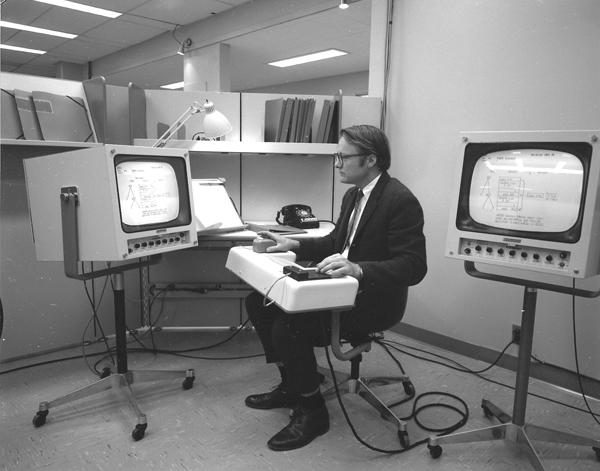 The humble computer mouse — these days equipped with fancy multi-touch features or multiple mechanical buttons and LEDs — began its life as a patent applied for in 1967 and received in 1970, consisting of a wooden shell with two metal wheels. Engelbart developed the first mouse in conjunction with his lead engineer, Bill English, and the patent is described as an “X-Y position indicator for a display system”.

Now for the million dollar question — why was it called a mouse? Engelbart simply says that it was because it looked like a mouse with the cord coming out the back — although the design was soon changed to have the ‘tail’ coming from the front of the device for ease of use. An alternate theory that has been suggested was that the on-screen cursor was called a CAT at the time, and someone thought it would be whimsical to have the mouse chase the cat around the screen. We’ll never know for sure — Englebert has since admitted that no one really remembers for certain where the epithet came from.

The Mother Of All Demos

Mouse, GUI and hypertext in hand, the ARC put all of this new technology into a system called the oN-Line System, or NLS, and Englebart showed it all to the world in 1968 at what has since been called “The Mother Of All Demos”. The NLS was the first complete computer hardware and software system that had ever been demoed in this way, and it introduced all the fundamental elements of modern computing to the world, influencing the creation of both Apple Macintosh and Microsoft Windows’ successful graphical user interface operating systems throughout the 1980s and 1990s. 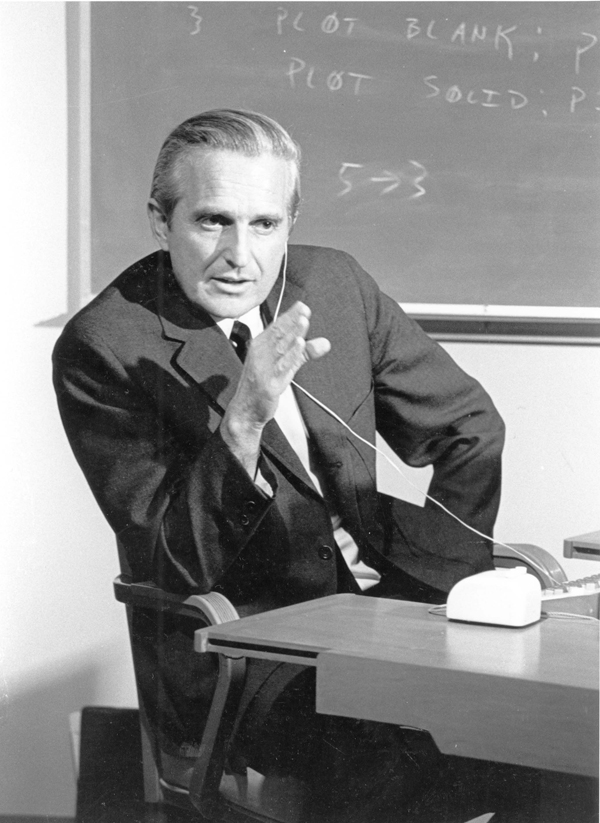 Among the capabilities that Engelbart showcased, he used a mouse to move the cursor around the screen, highlight text, and resize windows, along with demonstrating the concept of hypertext.

While Englebart’s highly influential demo was incredibly well received by his associates, it also marked the apex of his public career and fame. Conflicting opinions on the future of computing at ARC led to dissention and defection from some of his researchers. Engelbart had a vision of collaborative, networked, timeshare computers in a time when the personal computer was just taking off, and most considered that to be the direction of the future. Eventually a company called Tymshare took over both NLS and Engelbart’s lab, where its founder and much of its staff then were hired on as employees. While he stayed there through the 70s and into the early 80s, ultimately Engelbart decided he wished to pursue his work free from the commercial pressure of the parent company. Engelbart practising for the Mother Of All Demos in 1968 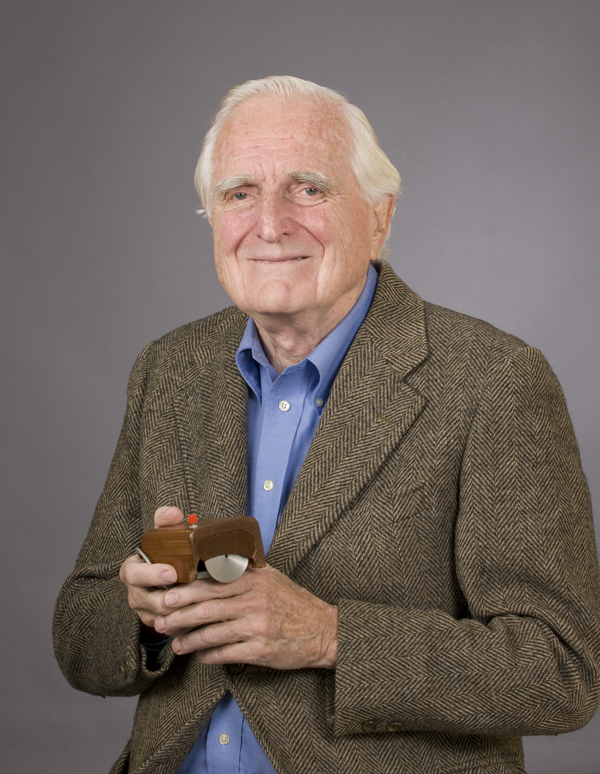 Engelbart left ARC in 1986, and in 1988 he founded the Bootstrap Institute, holding three-day and half-day management seminars at Stanford University that focussed on teaching the concept of bootstrapping. While he occasionally received funding to continue to develop projects based on his earlier work, for the most part Engelbart would devote his time to champion his philosophy of using bootstrapping techniques to boost ‘Collective IQ.’

Engelbart never lost his vision even in the later years of his life. In January of the year 2000, he held a Colloquium at Stanford at the age of 75, calling it “The Unfinished Revolution”. “I’m not talking about my personal revolution. It’s a revolution the world has yet to go through and it isn’t finished,” he clarified to the audience. “It won’t happen unless the world gets more conscious or explicitly interested in making it happen.”

Since the late 1980s, Engelbart has been honoured with a number of prestigious tech awards, such as the ACM Turing Award, the British Computer Society’s Lovelace Medal, and even the United States’ highest technology award, the National Medal of Technology. Back in 1951, Engelbart had once sat and pondered: “How can my career maximize my contribution to mankind?” Though he may never have considered his lifelong crusade to be complete, the mark that Engelbart has made on the world of computing is more than evident.