Gamma Thingy Is A F.lux-Style Screen Temperature Adjuster For iOS, No Jailbreak Required 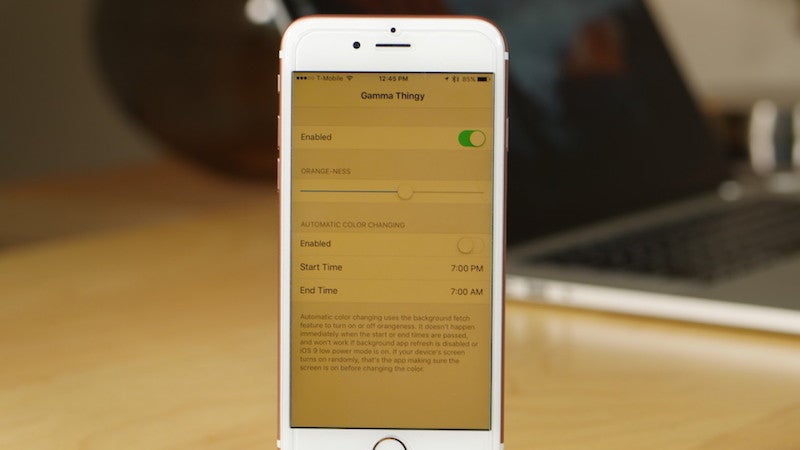 iOS: F.lux is a great little app that changes your screen brightness depending on the time of day. It’s on iOS as a jailbreak app, but if you don’t want to jailbreak, you can get Gamma Thingy, a similar app, by making and compiling it yourself.

Gamma Thingy isn’t in the App Store, but it is on GitHub and subsequently you can load it onto your iOS device with a free developer account as long as you have a little time (it’s not particularly complicated, but is a little time consuming, here’s how). Once you do, you’ll be able to adjust the colour of your screen easily so it’s not as blinding. It’s not nearly as complex as F.lux, but it gets the job done.