Ace An Impromptu Speech With This Template 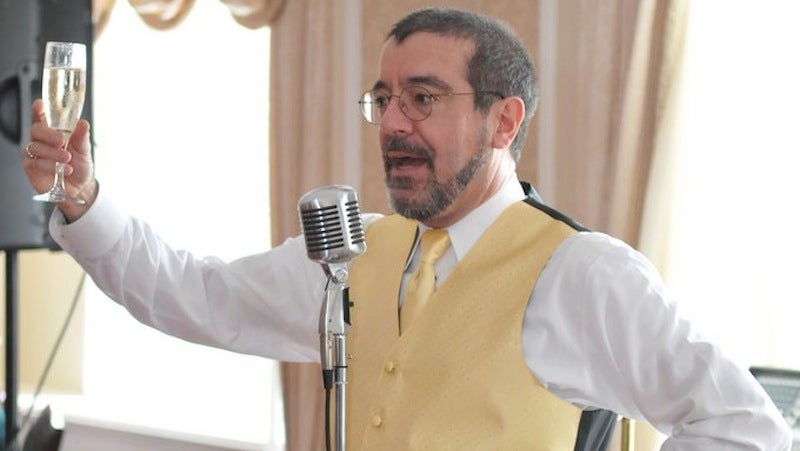 If you've ever been asked to give a speech or a toast on the fly, you know how much pressure it can be. You can deliver a solid impromptu speech by remembering these five elements.

Over at Reddit, Nwwazzu breaks down the framework of an effective speech. This template is great to keep in mind if you're ever in a pinch: like if you're at a friend's wedding and someone unexpectedly asks you to toast. If that happens, remember these five functions to build your on-the-fly speech:

So using the wedding example, you'd say something like:

"Hello, as we all know, Jim and Pam are getting married today. Like most of you, I've known either the bride or groom for many years. Pam and I were childhood friends, and she and I have been through so much together. It's nice to know she's found her partner in crime. Let's all toast to their love."

It's not the most creative thing in the world, but it's a lot better than fumbling over what to say or blurting out something stupid. In a pinch, it will do the trick. See what else Nwwazzu has to say about it at the link below.

How to give a quick impromptu speech or toast