All The New Stuff You Can Ask Siri In iOS 9

One of Apple’s big talking points when they introduced iOS 9 was how Siri was going to be better and more “proactive.” We didn’t really have any clue what that meant initially, but now that iOS has been around for a week, we’ve got a much better idea of what you can ask it to do. Let’s take a look. 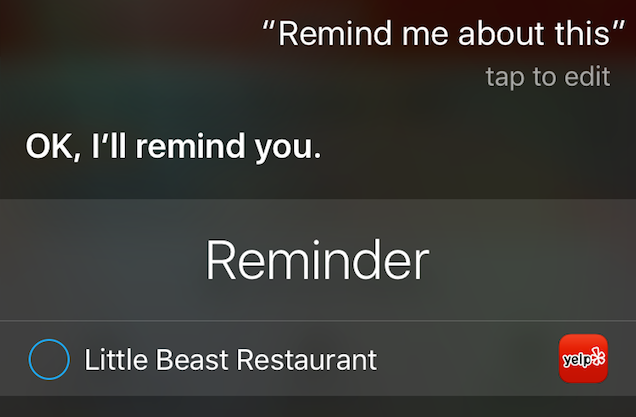 This is one of Siri’s best new features. When you’re in an app, you can tell Siri to “Remind me about this” and Siri will create a link to the exact location in the app you’re in (you can also be more specific with your request, asking “remind me about this when I get in the car,” or “remind me about this in an hour”). For example, if you open up the Yelp app and browse to a restaurant, you can ask Siri to remind you about it later. When it pops up in your Reminders later, you’ll be take directly to that page in the Yelp app. Apps need to get updated to use this feature, but a lot of them already have.

Beyond that, most of Apple’s apps support this feature. For example, you can ask Siri to remind you about a web page you’re looking at in Safari, a specific location in Maps, a text message in Messages, a contact card in Contacts, your last edited document in Apple’s office suite, and more. It sounds simple, but it’s intensely useful once you get the hang of it. I’ve used the “Remind me about ‘this place’ when I get in the car” feature a handful of times already. 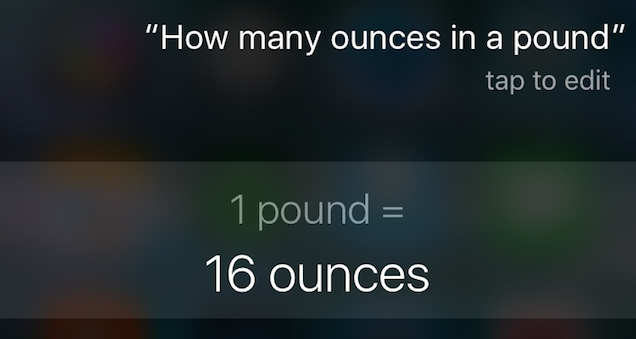 Siri’s had basic maths and unit conversion for a little while, but now it’s properly baked into Siri itself instead of relying on Wolfram Alpha for the data. You can ask for basic unit conversions (“how many ounces in a pound?”) and maths (“what’s four times five?”), and Siri will vocally respond almost instantly.

If you don’t feel like typing out the name of an app, you can now ask Siri to search for it with the simple command, “Search for [app name] in App Store.”