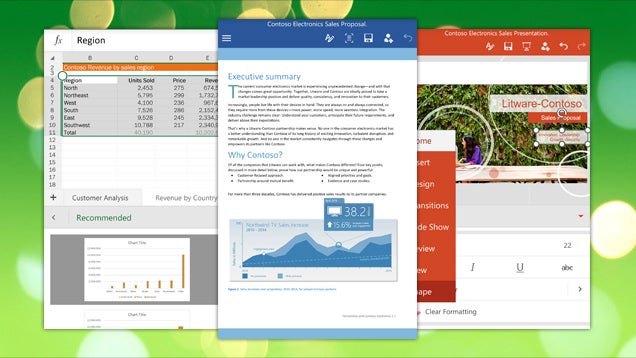 The preview of Office for Android is now a fully fledged product available for all Android users.

Previously only available in “preview” form, Microsoft’s released the full versions of Word, Powerpoint and Excel for Android phone devices. As with their iOS counterparts, they’re free to download but limited in feature scope unless you’re an Office 365 subscriber.