Five years ago, I undertook the Mastercheap challenge: trying to eat a healthy (enough) diet with a weekly budget of $25 and an entirely empty pantry. Would that still be possible in 2015 — and which supermarket would offer the best deal? Let’s find out.

You can read the full rules for the original Mastercheap experiment here in the FAQ. This is the crux of it:

I have to feed myself for a week on a budget of exactly $25, eating three regular meals a day. I can’t use any existing supplies in my pantry, and I can’t assign costs proportionally (no saying “I’ve spent $5 on rice but I’ll only use $1 worth this week”). Within those constraints, I have to try and get as much variety as possible (while sticking to foods I’m personally prepared to eat), and I have to try and eat as healthily as possible. In particular, I have to aim for 9000kj a day and at least 55 grams of protein, but ideally no more than 1500mg of sodium or 90g of fat.

And why $25 a week? Because it’s a round number that (roughly) equates to a cup of takeaway coffee a day.

Ultimately, Mastercheap proved quite doable — it wasn’t the most varied diet, but I didn’t find myself starving or gaining weight or overdosing on sodium or only eating 2-minute noodles. In 2012 I repeated the experiment as Mastercheap Raw, with an added constraint that everything had to be made from scratch. Ultimately, I concluded that, protests of whole food enthusiasts aside, that was less satisfying for me than the original list. If I had to live on a very minimal budget, Mastercheap is the base model I would use.

However, the original experiment was in 2010. In 2015, would that be possible? Inflation would suggest otherwise. The Reserve Bank’s inflation calculator suggests that a basket of goods which cost $25 in 2010 would cost $27.59 in 2014 (the calculator doesn’t offer 2015 data).

On the other hand, the supermarket wars have seen the emergence of such el-cheapo options as the 85 cent loaf of bread, and there are still many, many items you can buy for under $1. So would that balance out? Might it even prove to be cheaper?

To find out, I took the original Mastercheap shopping list and priced it at my nearest Woolworths, Coles and Aldi last week. The original Mastercheap used Woolworths, because that happened to be the nearest supermarket to me and my investigations had suggested that the price differences between the supermarkets were minimal. I didn’t want to automatically assume that was the case in 2015, though: a recent investigation by CHOICE suggested that price differences between the three major supermarkets are growing. [clear]

How Much It Would Cost Today?

This was the original Mastercheap shopping list. Unsurprisingly, everything was a store brand product — when you’re on $25 a week, branding and sourcing scruples are a luxury you simply can’t afford. First, let’s see how that compares to what you’d pay today:

That total price of $27.56 is surprisingly close to the Reserve Bank prediction of $27.59. A couple of items are substantially cheaper (the bread, the muesli), and many are the same.

We should note some quantity differences: there are 200 tea bags, not 100 (that option is no longer available at Woolwoths), the peanuts weigh 350 grams, and the mustard (which is much costlier) weighs 190 grams and is “organic”. For 59 cents, you can actually get flavoured tinned tomatoes, which gives you more variety (but also more sodium). The pasta is more expensive, but is being purchased as two 500 gram bags rather than 1kg, so you’d score more variety.

The biggest price rise is actually in the jelly, up from 39 cents to 99 cents. If I was doing this, I’d probably ditch jelly for dessert and buy a 125 gram packet of wafer biscuits for 55 cents instead. Similarly, 250 grams of minced garlic for $1.29 would be a cheap substitute for the mustard (which is mostly used to flavour the mixed vegetables).

Could You Do Better At A Different Supermarket? 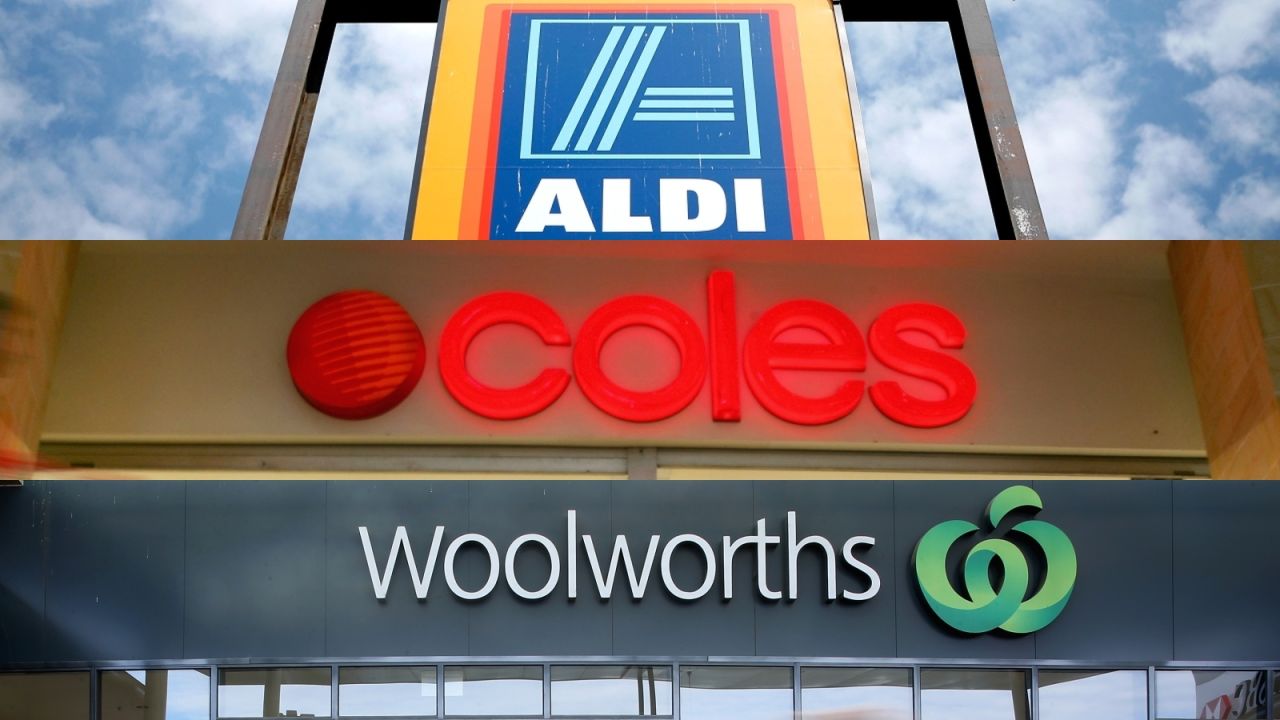 Let’s look at the pricing across Woolworths, Coles and Aldi:

This matches up closely with Choice’s recent study which ranked Woolworths as the most expensive, followed by Coles then Aldi.

Note that two items weren’t available at Aldi: it doesn’t sell meat pies or Lebanese cucumbers individually, so its sub-$25 price tag doesn’t tell the whole story. However, if you were prepared to buy those two items at Coles (and possibly the cheaper teabags as well), you would come in under $25. If you wanted to only shop at a single supermarket, you could substitute in a tin of beetroot for the cucumber (largely used for sandwich fillings) and grab a tin of soup rather than the pie, and still come in under $25.

The lessons here seem fairly clear. Compared to 2010, Aldi has extended its lead as the cheapest supermarket, and there’s also a more marked difference between Coles and Woolworths than there used to be. Wherever you shop, however, it is possible to feed yourself for a lot less than you might expect.