Focus On Making Introductions To Network Better At University 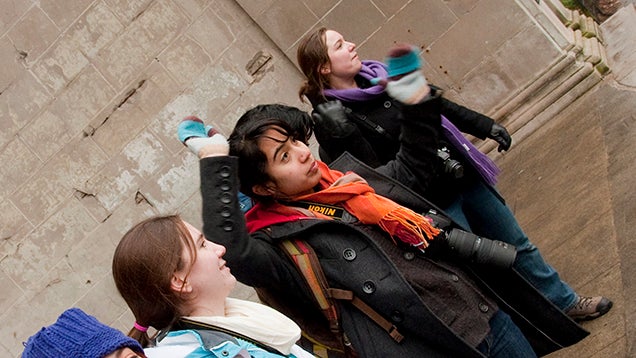 University is a great time for meeting new people, and those people will often be the ones who help you get a job later in life. To improve your chances of making a colleague for life, don't hesitate to make introductions.

As The Art of Manliness explains, university provides one of the best foundations for meeting new people, because everyone's there for a common purpose. You don't need to create an excuse to talk to a fellow classmate. You can just do it. While many people will let this happen passively, talking only with the ones next to them, you can be proactive and make it happen:

Networking is also better in university, as it's easier to avoid the cliché traps of crappy networking. You wouldn't move through your classmates handing out business cards because you know you're going to see them again. Instead, you'll (hopefully) just talk to them like they're normal human beings, building relationships that can help everyone out later in life.

Networking Tips for College Success: How to Build Relationships and Land a Great Job After College [The Art of Manliness]