Survey Reveals Keywords Do Still Matter On Your Resume 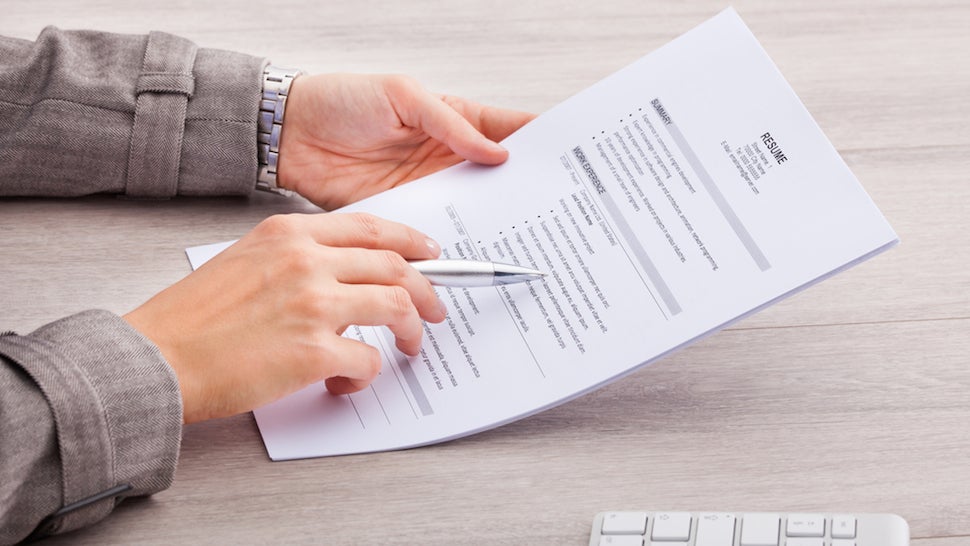 Most of us assume keywords only really matter when it comes to getting your resume past a bot and into human hands. A new survey of over three million resumes, all ranked by hiring managers, reveals that keywords are still important to people, and leaving them off could cost you an interview.

The folks at ZipRecruiter revealed that their hiring managers — who rated all of the three million resumes in their database with scores between one and five stars — still rate resumes with power keywords higher than those without them. For example:

When we looked at how certain keywords affect the Star Rating of resumes, we found that words that implied management skills (not necessarily as a manager: time management is an example of a management skill everyone needs to have), a proactive stance towards working ("responsible", "support", and "client" speak to that) and problem solving skills ("data", "analysis", and "operation") were the most highly rated.

Additionally, using these Power Keywords in your resume can increase your chance of a Five Star rating by up to 70%:

Remember, though, that keyword stuffing will more than likely lead to your resume being discarded. Make sure you only include words that are relevant to your skills.

You can read the full report at the link below, along with some keywords you should specifically avoid as well — namely anything that denotes inexperience or the idea that you would need a lot of training to be productive.

Another surprising note to come out of the survey is that resumes between 600-700 words were almost universally rated higher than resumes shorter than 500 words or over 700 words. Ratings dropped off on either side pretty quickly, so it's fair to say that unless your resume really needs to be longer or shorter, that's the sweet spot. Head over to ZipRecruiter below for more tips.

How to Write the Perfect Resume [ZipRecruiter]

The Best Deals From eBay's Month-Long Sale (Including $99 Airpods)

Lifehacker Australia 01 Jun 2020 11:52 AM
We're approaching the end of the financial year and that means the sales are revving up. If you feel like treating yourself or getting a special someone a Christmas in July gift, eBay's Plus Month sales in June might be your best bet.