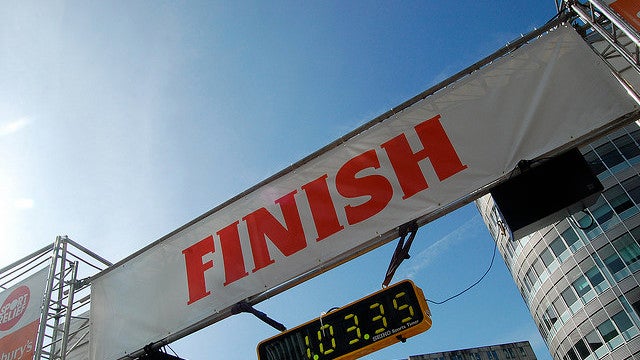 We all have one of those projects sitting around unfinished that we know isn't that great. It's easy to abandon it, but as writer Steven Pressfield points out in Entrepreneur, sometimes, you just need to finish it to prove you can.

Finishing a big project — even one that sucks — is a great feeling. For Pressfield, it was a good enough feeling that he moved on to create something actually good:

I never did find a buyer for the book. Or the next one, either. It was ten years before I got the first cheque for something I had written and ten more before a novel, The Legend of Bagger Vance, was actually published. But that moment when I first hit the keys to spell out THE END was so epochal. I remember rolling the last page out and adding it to the stack that was the finished manuscript. Nobody knew I was done. Nobody cared. But I knew. I felt like a dragon I'd been fighting all my life had just dropped dead at my feet and gasped out its last sulfuric breath.

So, before you give up and quit (which is still a good idea sometimes), make certain it's what you really have to do. Sometimes just finishing a project, even if it's a waste of time, is better than abandoning it.

How to Find Your Hidden Creative Genius [Entrepreneur via 99U]