12 Ways to Repurpose Old Board Games Without Getting Too Crafty

Board games have been persistently popular despite the invention of television, video games, and TikTok, and people of all ages still enjoy an evening spent moving plastic pieces around a no-tech board — in fact, board games seem more popular than ever despite the technological wonders at our fingertips. This means more and more of us are piling up old, unusable games in our closets, under our beds, and in our basements.

Some of these games have lost crucial pieces or cards, some have fallen out of favour, and others cause so much drama every time you play that it’s just not worth it. But instead of throwing them away or just letting them collect dust until chaos finally eats the entire universe, you could repurpose those old games with some creative ideas and a few basic craft skills.

Don’t worry — I said basic craft skills. We’ve all watched those DIY craft videos where every “simple” project requires 600 specialised tools and the ability to draw a perfect circle without assistance — these are not those projects. Here are 12 ways to repurpose old board games that even a moderately clumsy person can manage with a glue gun and not much else. 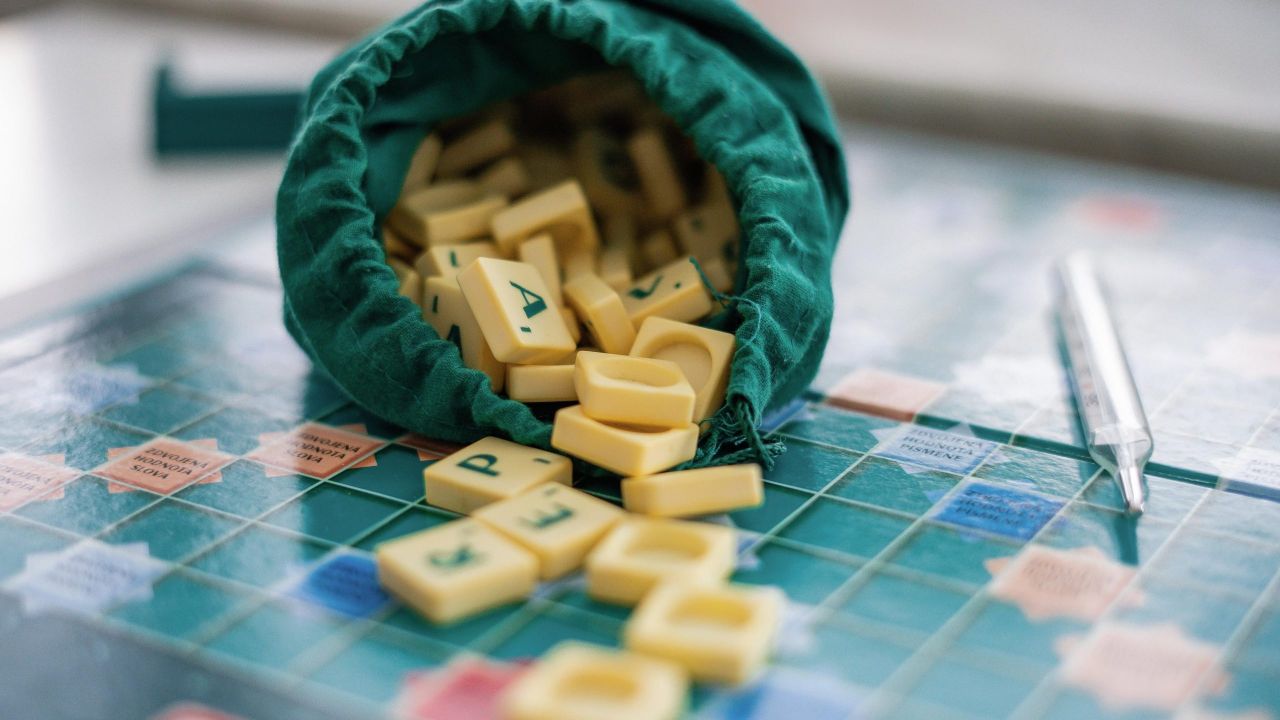 Scrabble is one of the all-time classic games. No other game lets folks who read dictionaries for fun flex so hard, while simultaneously amusing the people who think spelling FART is an evergreen joke. But Scrabble is also vulnerable to erosion as those tiny letters get lost after twenty years.

If you’ve got a bunch of Scrabble tiles left over, a great way to repurpose them is to make them into art that doubles as useful signs by gluing the tiles to the wooden holders and then attaching them to doors and walls — or simply place them on shelves as decorative touches. You can spell your kids’ names and hang the signs on the doors to their rooms, spelling out LAUNDRY or BATHROOM for a bit of fun. Or, yes, you can spell out FART and give it as a hilarious gift to…someone. 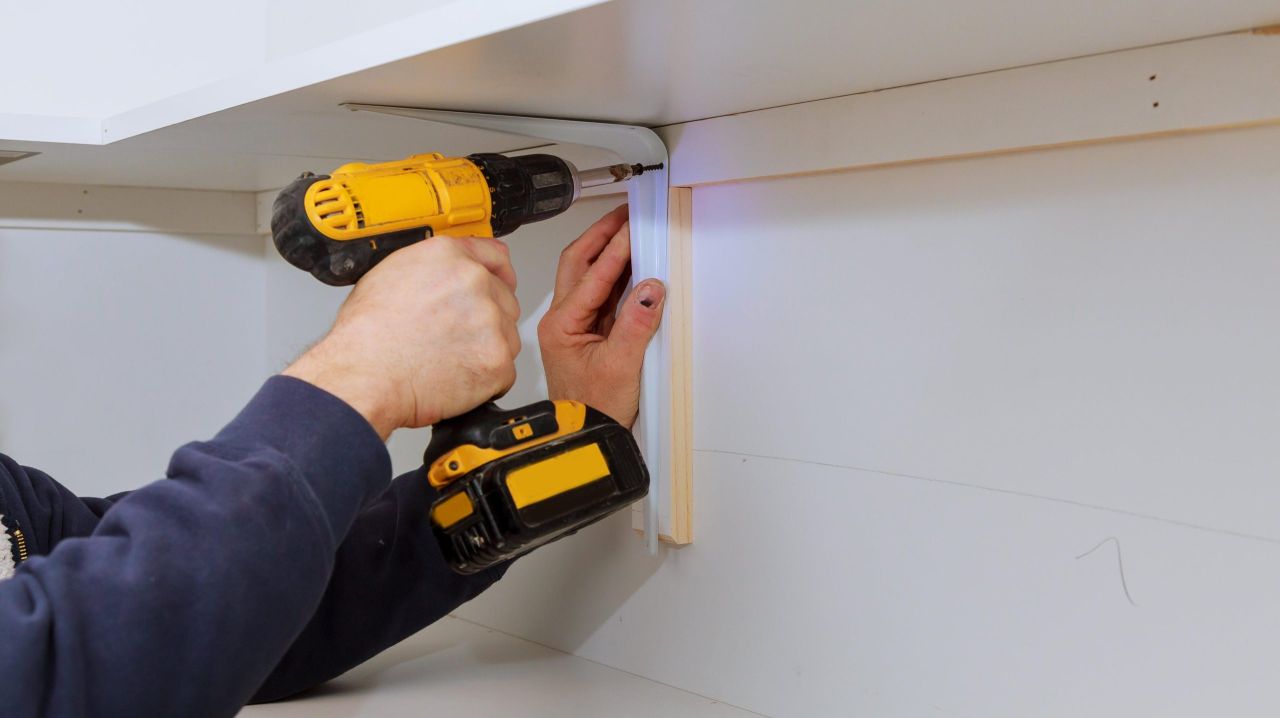 This one is so obvious it hurts. Most game boards are folded in half when you buy the game, so with some basic shelf brackets from any hardware store, you can transform any board game into some seriously cool shelves. Just glue one half of the board to the top of the brackets, attach the brackets to the wall, and glue or otherwise attach the top half of the board to the wall.

Since most game boards are just cardboard, you obviously won’t be putting your bowling ball collection on display using these (unless you reinforce with a standard wood shelf, which is easy enough to do), but these are ideal for bric-a-brac and other decorative pieces. 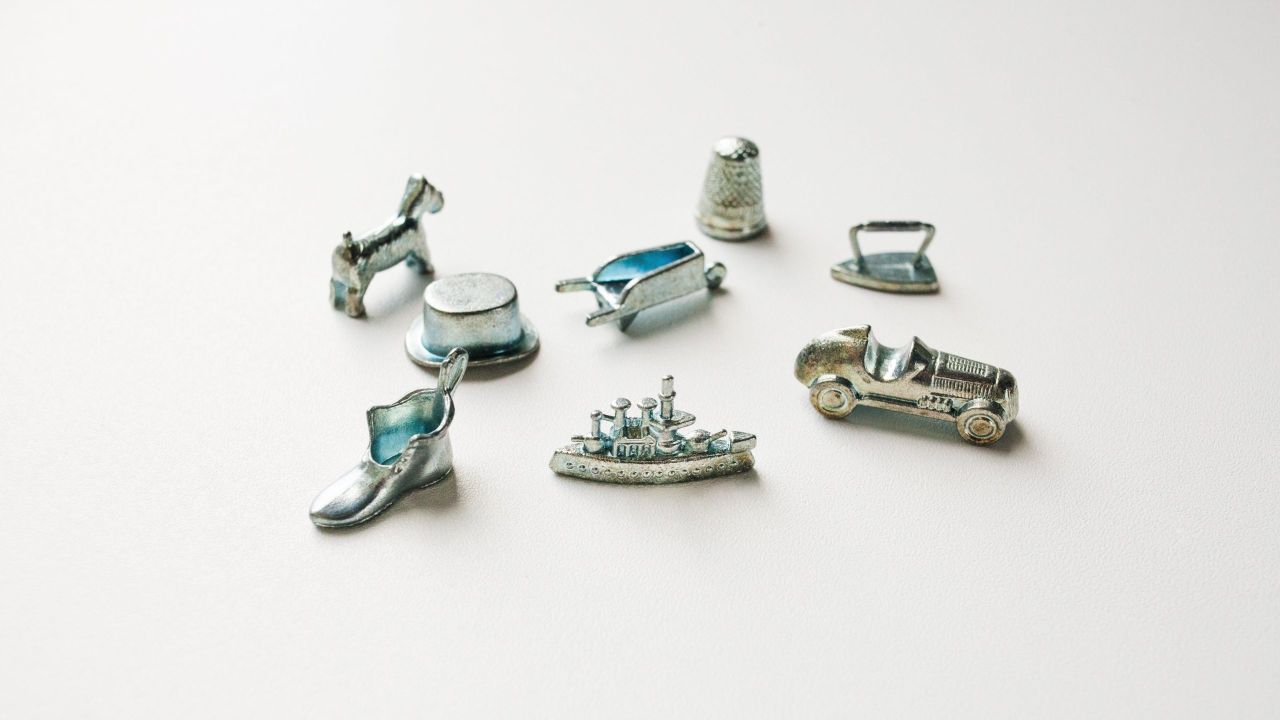 This project requires a tiny bit more skill than just some screws or glue, but not much. If you’ve got an old Monopoly game (or several) that has seen some of the playing tokens lost to the mists of time, turning them into a delightful little charm bracelet results in a unique and cool accessory.

You’ll need a very fine metal drill bit to poke a hole in a few of the tokens (some, like the iron, already have loops you can use). Once you’ve got the hole drilled, just thread the material of your choice through them and you’ve got yourself a bracelet that tells the world how much you absolutely love capitalism and ruthless competition. Also, it’s a conversation piece that will give you the opportunity to tell the story about that time you made your little brother cry by purposefully driving him into bankruptcy. 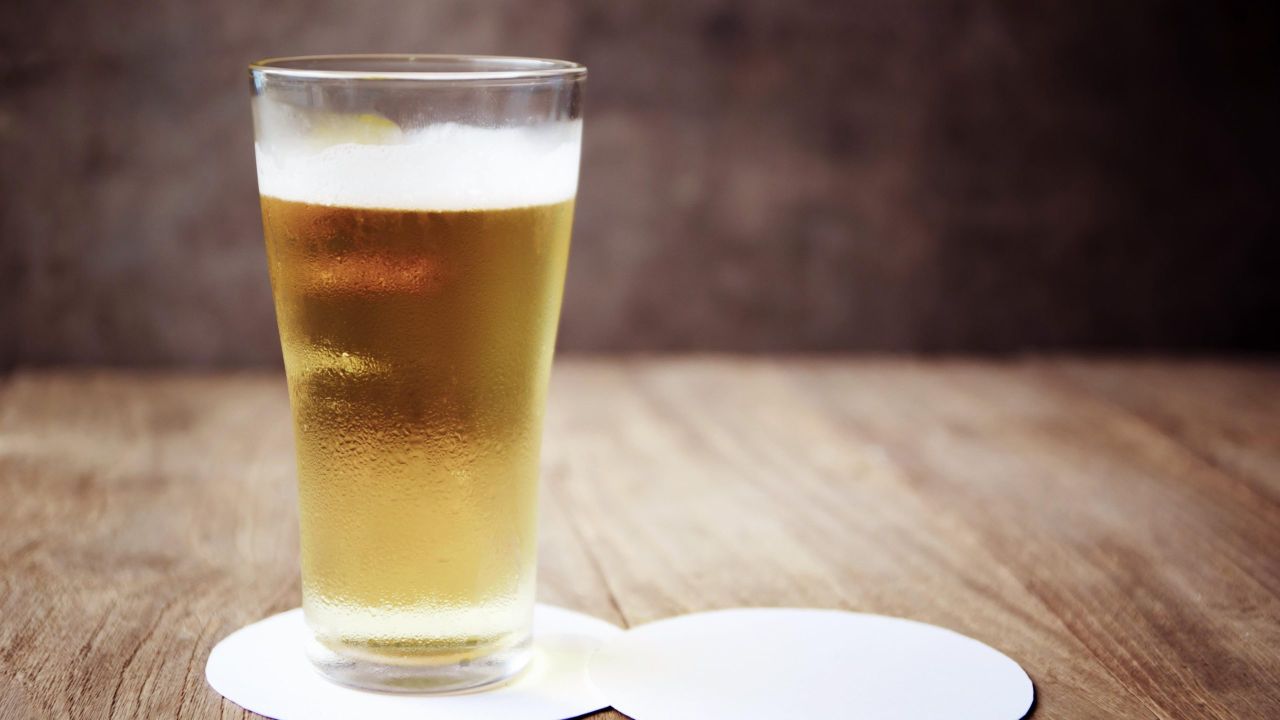 Turning an old game board into a drink coaster ranges from an incredibly easy one-step project to a more complex two- or three-step project. In its simplest form, all you need is a good pair of scissors: cut your game board into 4×4 squares, using an existing coaster as a template, making sure to choose aesthetically satisfying sections. And that’s it, you’re done.

Those coasters won’t last too long, of course, since we’re talking about cardboard. To make them a little fancier, you can purchase some cork coaster backs to glue your board square onto and use a simple clear lacquer spray to waterproof them. Then you’re ready to blow some minds at your next Game Night when you whip out your game board coasters for the drinks. 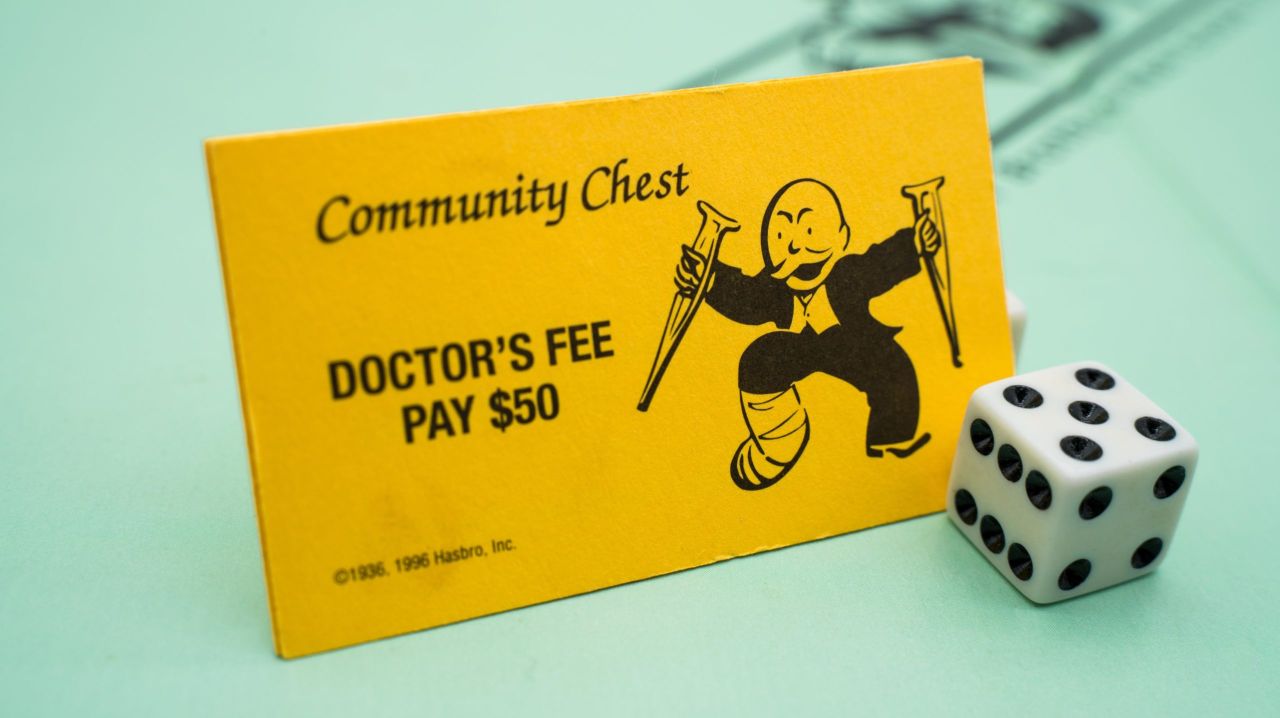 An old Monopoly game is a treasure trove of DIY materials. One great use for all those old Community Chest, Chance, property cards, and Monopoly Money is as gift tags. All you need to do is poke a hole in one end and loop some colourful string through it, tie a knot, and you’ve got a cool, unique way to tag all your gifts for the holiday season or throughout the year. If you’re going to use the iconic Monopoly Money, using a short stack will work better than an individual bill, as they’re pretty delicate and could easily rip. 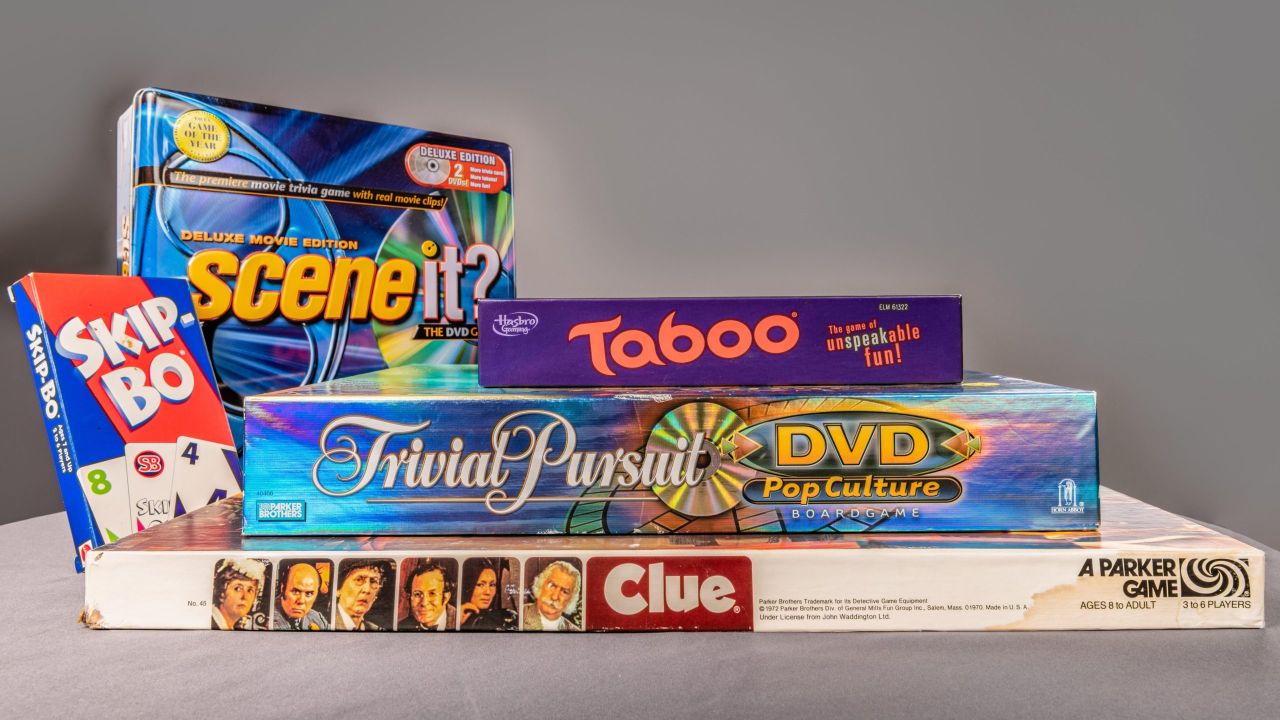 Perhaps the easiest project for your old board games is to frame the board and throw it up on your wall and call it art. This is an ideal idea for recreation rooms and gaming dens in your house. You can go the simplest route by having your old Sorry! or Candyland board framed by a local professional, or you can create a whole tableau by gluing the pieces and cards into place first, recreating a classic game your family enjoyed, perhaps, or just getting creative with it. And you can frame it yourself, of course, if you have the time and skill set. The colourful throwback vibe of these old board games actually make for some pretty striking wall art. 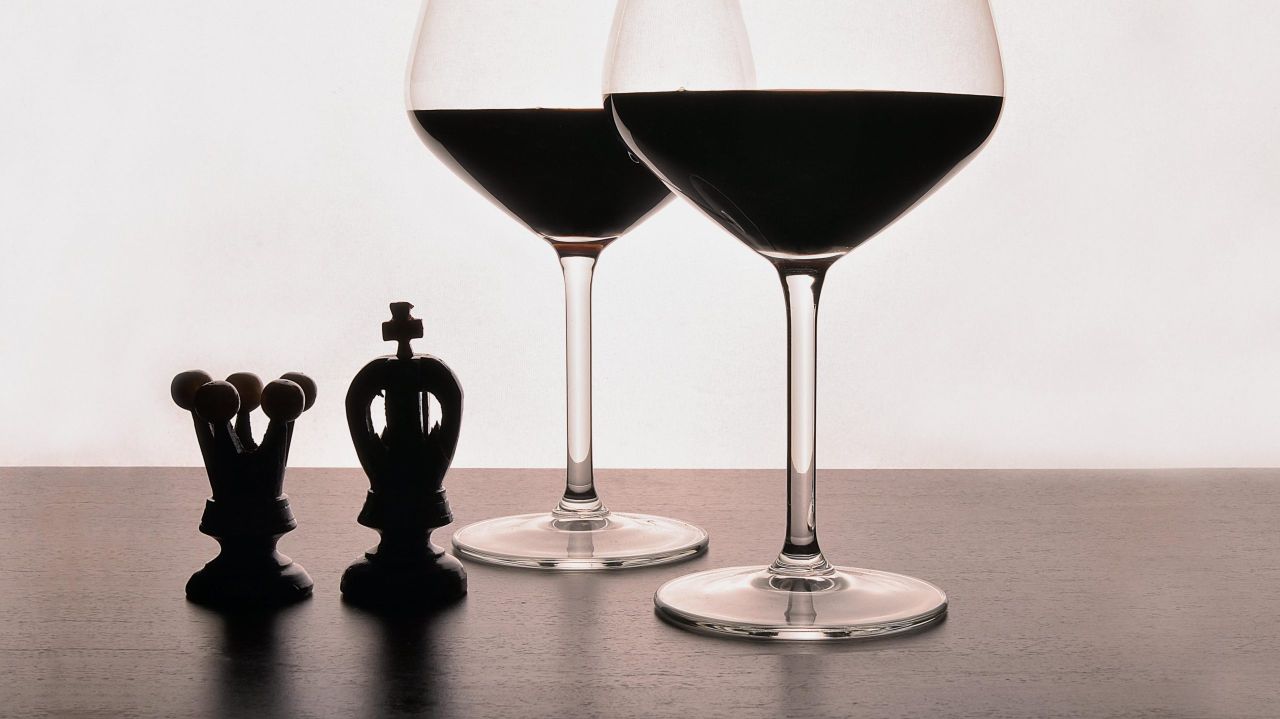 If you’re one of the many who ran out and bought a nice chess set after bingeing The Queen’s Gambit last year only to discover that you’re not nearly smart enough to be good at chess (or only to have your dog eat one of the rooks), here’s another dead-simple project: Take a chess piece and glue a cork to the bottom. That’s it!

Check if your chess piece has a felt bottom first, as it might peel away. Since you’ve got a lot of chess pieces and (hopefully) won’t have 30+ bottles of wine open at a time, these also make nice stocking stuffers or party favours. 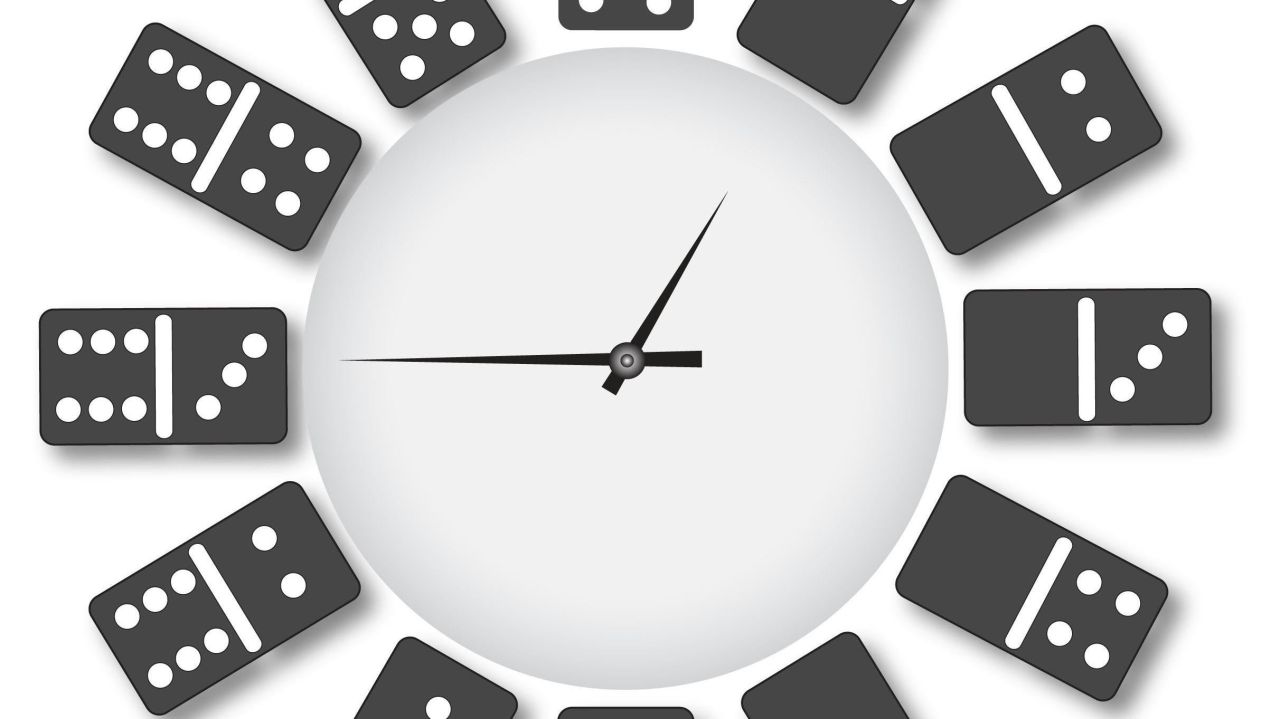 Just to be clear, you don’t have to learn clock-making for this one. All you need is to purchase a clock kit. These are designed to be used in repairing or building wall clocks and are pretty simple to work with.

Take a base material (a nice piece of wood will work), drill a hole, screw the motor into place, and attach the arms, and you’ve got yourself a clock. All you need is some numbers to mark the slow march of the day, and that’s where that old box of dominoes comes in: Gluing the blocks down onto the wood makes for an eye-catching wall clock. 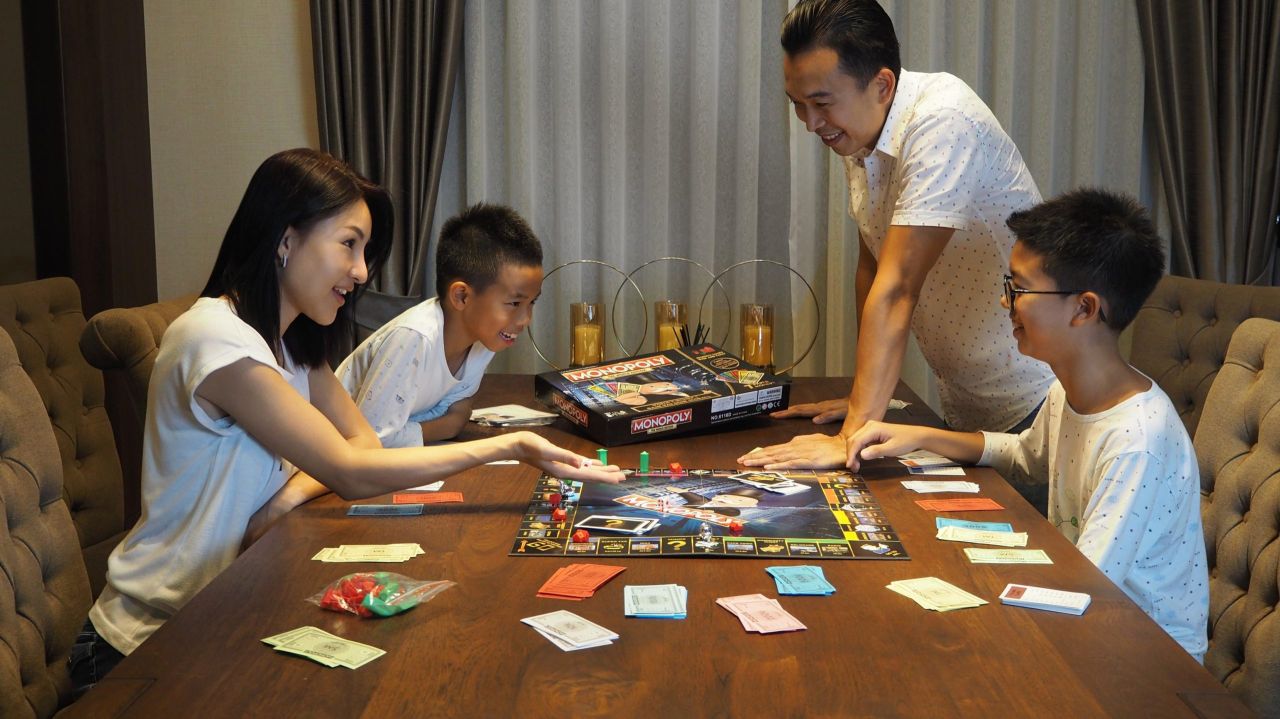 Have a couple of old board games in various states of un-usability? If you’re the creative sort, consider combining them into a whole new and incredibly unique game. You can use something like the Board Game Remix Kit to reimagine your old board games, or you can just make something up.

For example, people have already combined Risk and Monopoly into Riskopoly (which considering capitalism’s connection to warfare…makes a disturbing amount of sense), and it’s not uncommon for folks to combine several Monopoly boards by placing their respective GO squares next to each other, creating one immense game. But the possibilities are endless, and you don’t have to be limited by the actual traditional rules of any of the games you’re repurposing. Go full 43-Man Squamish on the project and come up with something totally unique to you and your Game Night buddies. 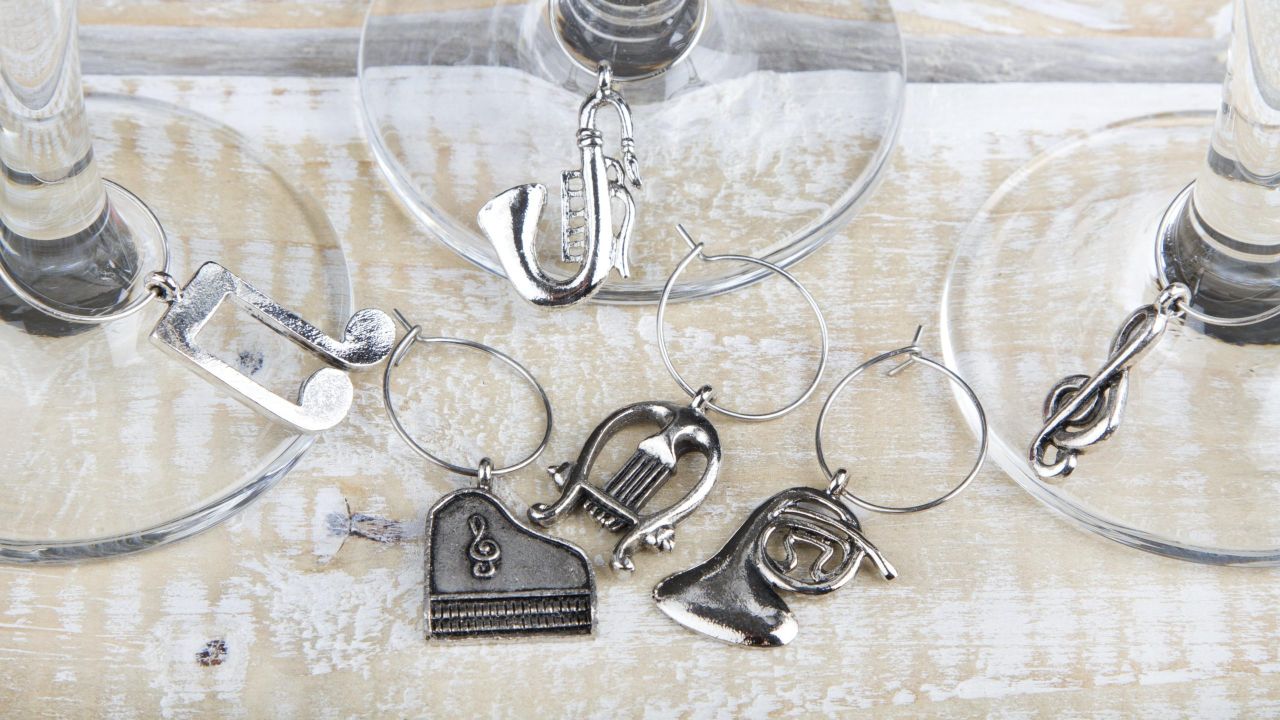 Using wine charms is like injecting class into any party. You might be serving Pink Ripple and an amuse-bouche of Doritos, but if your wine glasses have charms, you’re operating on another level.

Wine glass charms are little decorative bits that help people hang onto their wine glasses at parties so they don’t accidentally swipe someone else’s drink. So many board games contain adorable little pieces — tokens, figures, houses — so attaching those pieces to metal rings to make wine charms is a great way to save them from the landfill (here’s a guide to making wine charms out of Clue pieces, for example). And if you’re serving wine at your next Game Night, these charms will be perfectly on point for the evening’s theme.