6 of the Weirdest Dog Behaviours (and Why They Do It)

To observe a dog is to bear witness to a great many animal mysteries, such as why do dogs sniff other dogs’ butts, and why does my dog pee multiple times during the same walk?

For some of these questions, there are solid answers backed up by veterinary science. The answers don’t come so easily for other behaviours, though, leaving us to ponder why dogs do dog things, like roll around in poop or bark at you inexplicably whenever you walk through the front door.

Here are a few examples of what we do know about dogs and their dog behaviour.

Why do dogs take their food out of their bowls to eat it? 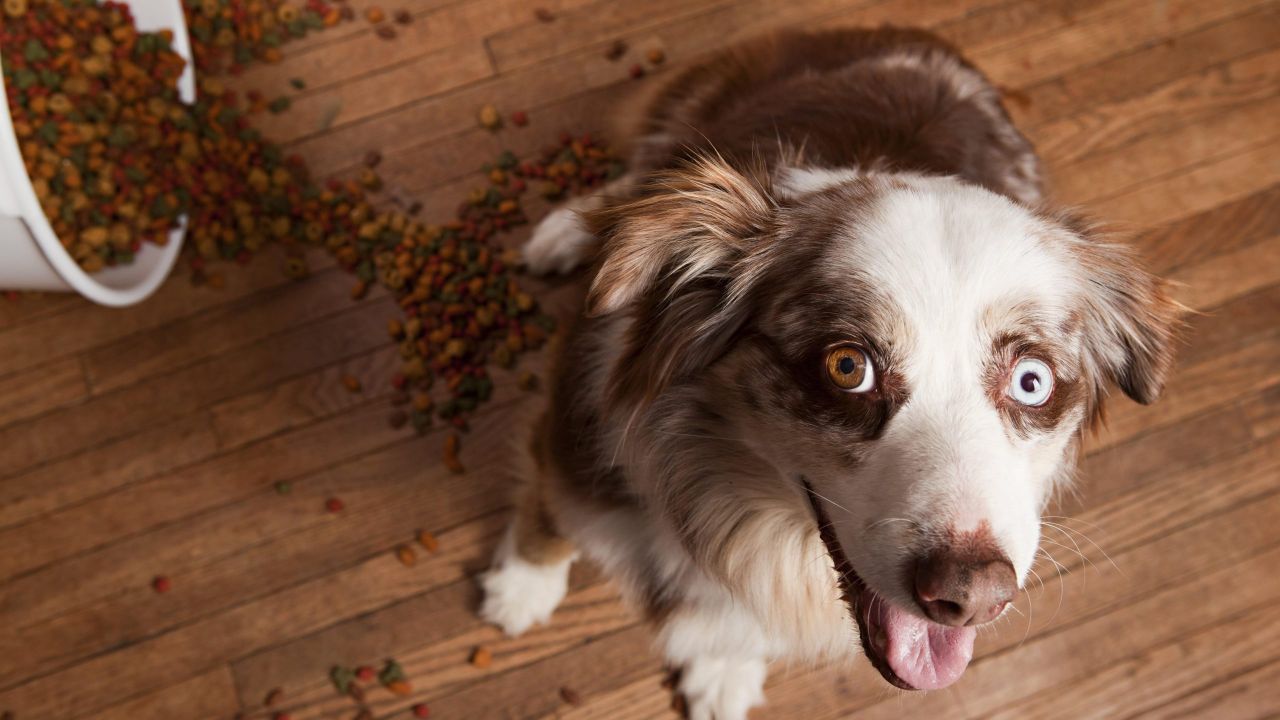 Maybe your dog has a habit of taking its food out of its bowl and eating in a place that it shouldn’t, like the kitchen floor or the backyard. Why does your dog hate its bowl? According to Vet Street, this is an old instinctual habit that stems from a dog’s hunting habits in the wild. Synthesizing the explanation from veterinarian Dr. Julie Albright-Keck, the publication wrote:

When dogs in the wild make a kill, the outranked animals drag pieces of food away so they don’t have to fight the leader or a more dominant canine for it.

Basically, your dog is moving its meal away from its bowl to avoid conflict, in an attempt to chow down in peace.

Why do dogs pee multiple times on a walk? 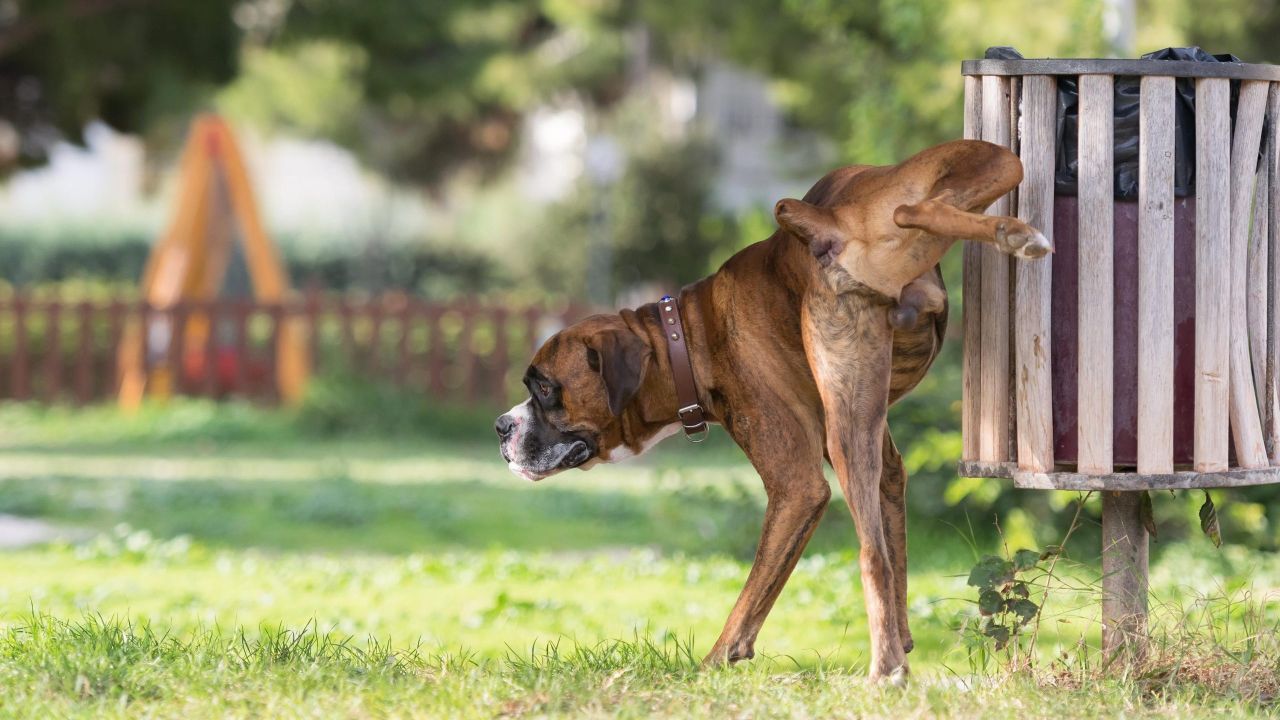 If you’re familiar with the term “territorial pissing,” you can thank your dog. This is probably one of the better known quirks of our canine friends, as peeing on things is a revered pastime for them. Marking territory through peeing (and sometimes pooping) is a way for dogs to signal that they’ve been in a place. It’s like saying, “Hey, what’s up bro,” but with urine.

It’s possible that your dog is marking its territory on several occasions to let other dogs know that they have, in fact, been in those places. Be careful though, because frequent urination can also sometimes mean there’s a health issue at play.

Why do dogs sniff each other’s butts? 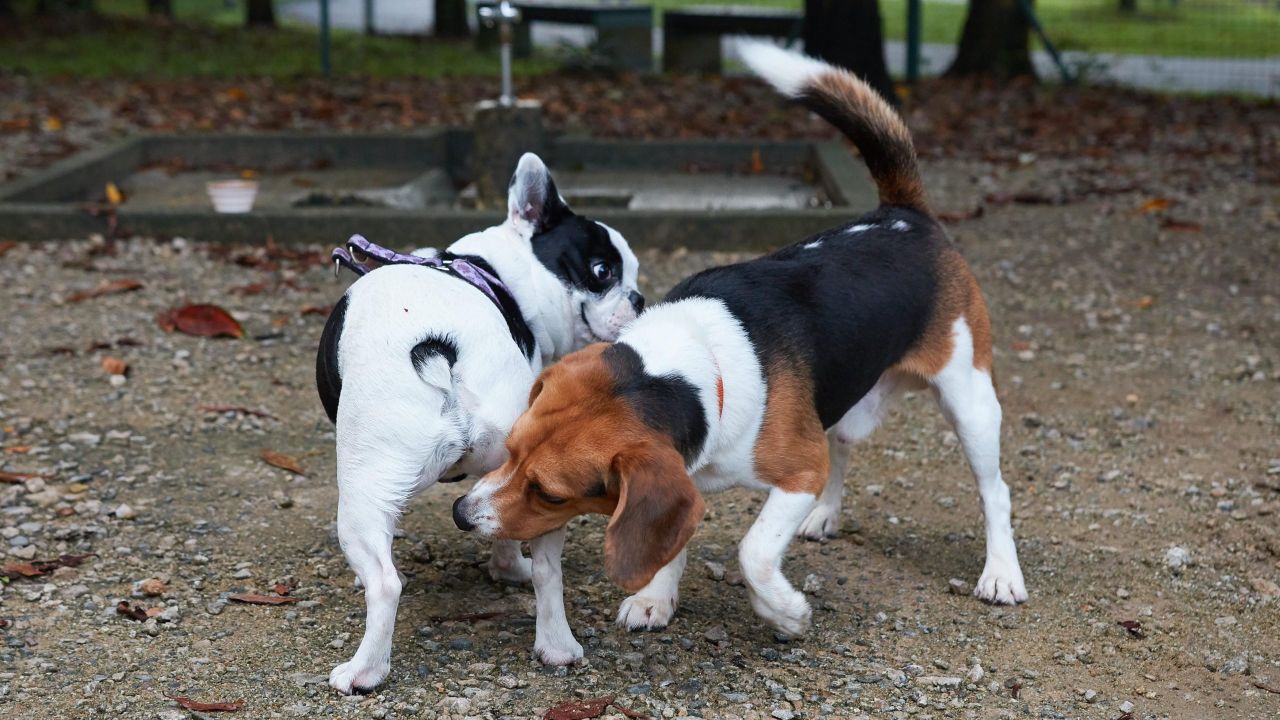 Photo: Spiky and I, Shutterstock

It’s a quick, “How’s your father,” and a way for a dog to figure out if a new dog will either be an ally or an enemy. You see, every dog anus is like a snowflake, and contains vital information about a dog’s personality. It’s actually a very important aspect of dogs meeting: Smelling a rectum will help two dogs recall whether they’ve met each other before (lol), and also answer a bunch of other questions, distilled here by the Veterinary Centres of America:

Why do dogs circle around before they lie down? 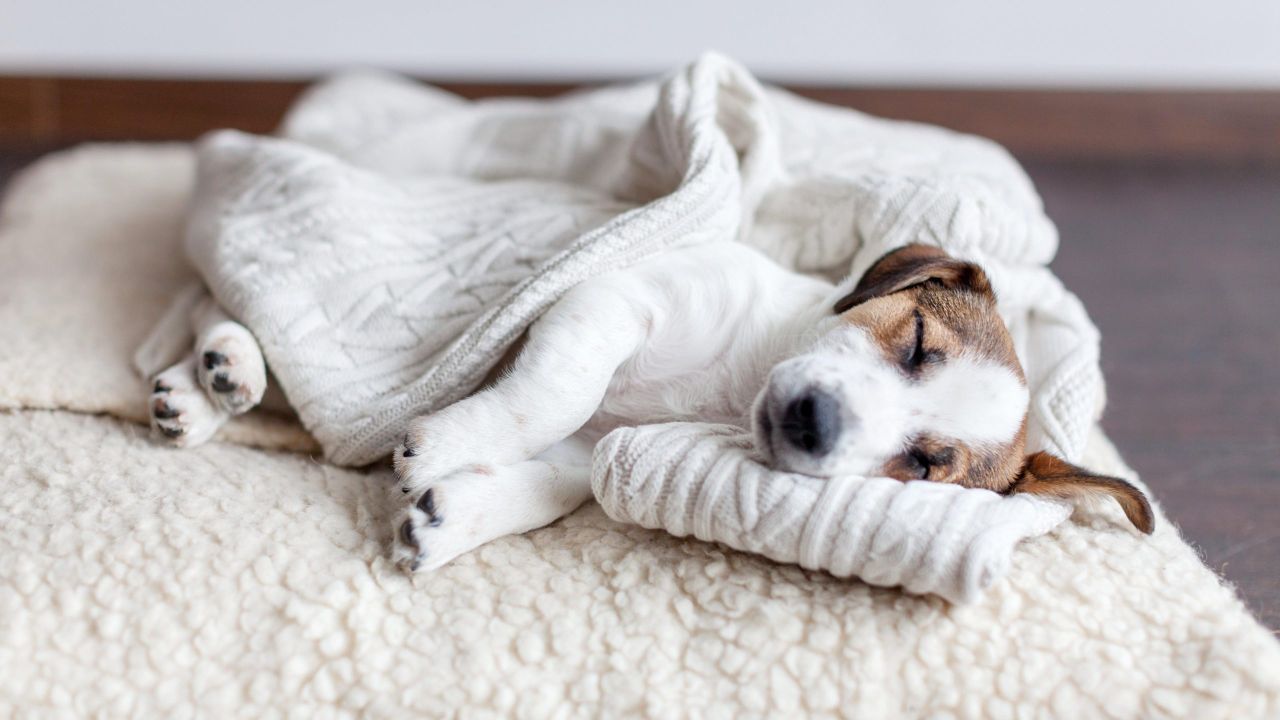 Many dogs have instinctual hangovers from past centuries, when they weren’t nearly as domesticated as they are today. One of those behaviours is the circling of sleeping areas, which is something that might baffle you or make you laugh.

According to Live Science, however, it’s an instinct left over from ancient dogs who lived in the wild and who had to make their own beds, as well as ward off predators like snakes and other animals that may have been lurking in unseen areas. Circling around an area would also to convey to other dogs that a territory had been claimed, Leslie Irvine, a sociologist at the University of Colorado explained. “Even though our dogs now sleep on cushions, the behaviour endures,” she told the publication.

Why do dogs get sudden bursts of energy? 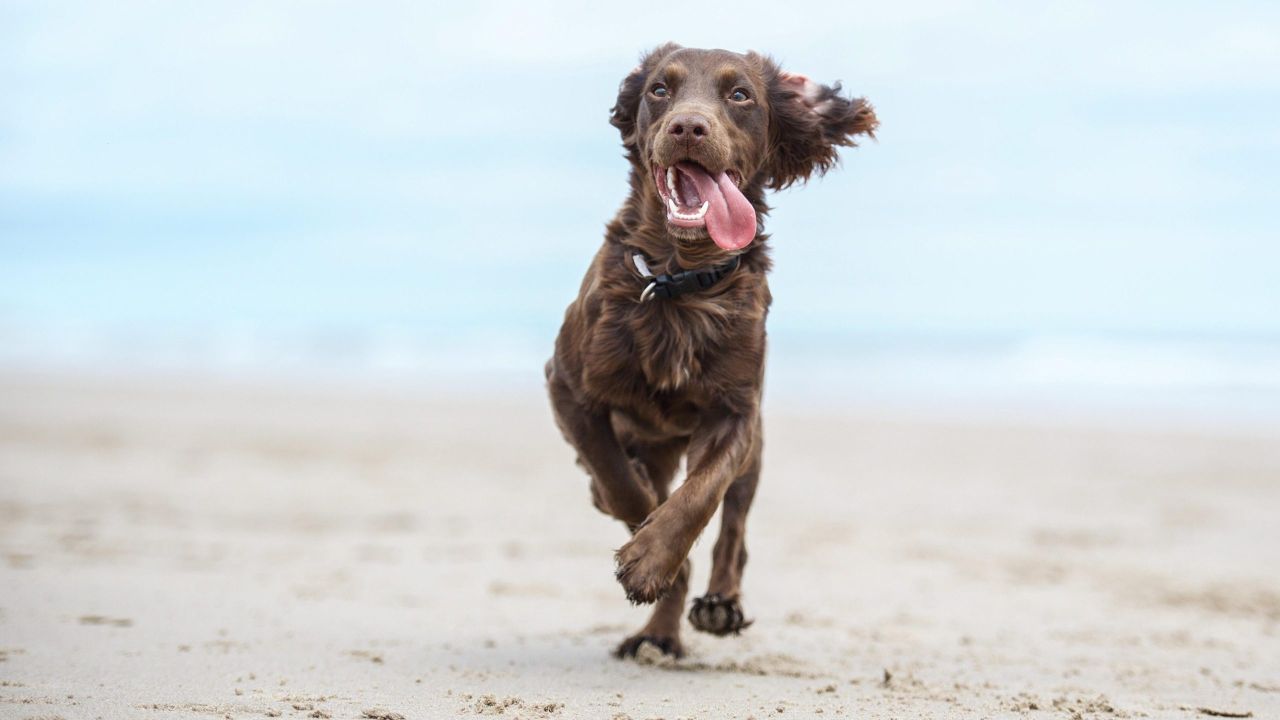 If your dog goes from languid and lazy to bursting with energy and sprinting around your yard or the dog park, they might have what veterinarians call the “zoomies.” The most common reason for this is that your dog is happy, which should force a single tear of joy from your eye. “It’s a way to release pent-up energy, but only happy, healthy dogs get the zoomies,” the veterinarian Leanne Jakubowsky told Insider.

Why do dogs roll around in poop? 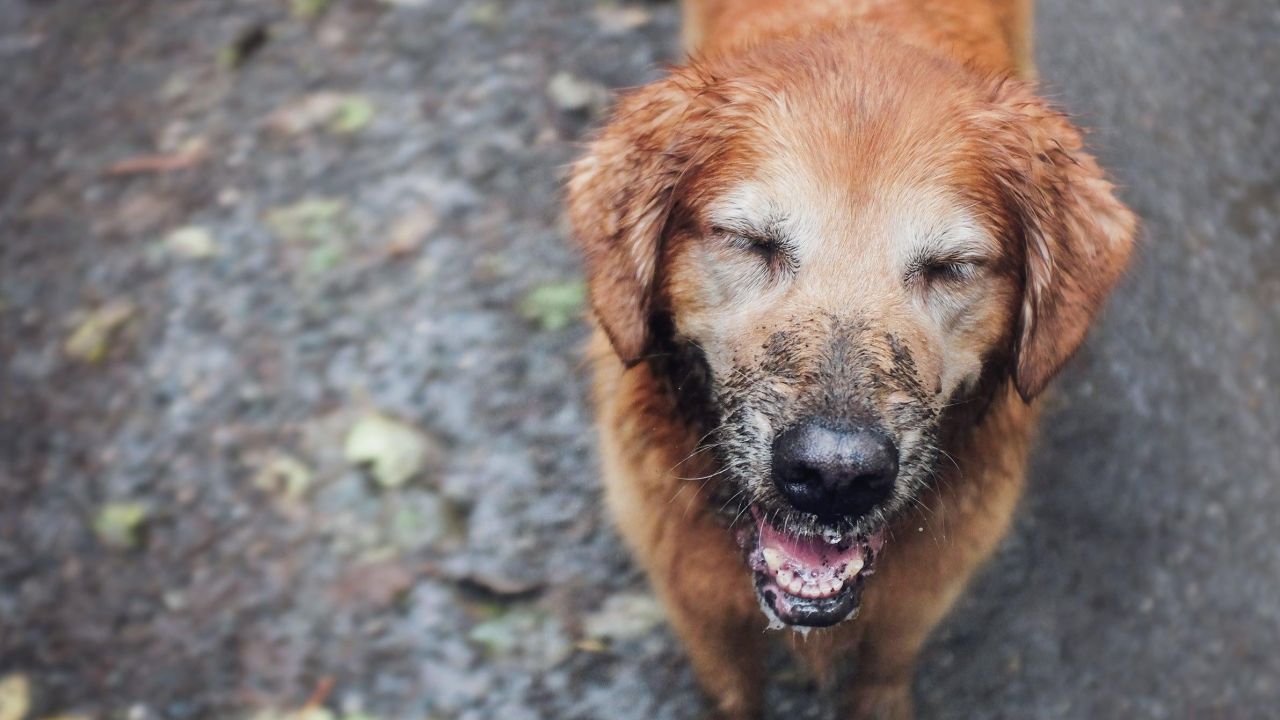 This one doesn’t have the easiest of answers, which is unfortunate, because it’s certainly a big problem when it occurs. As Lifehacker previously noted, there’s no clear scientific consensus on the issue, but veterinarians do have theories. Some theories note that it’s an evolutionary holdover that dogs use to ward off predators; others suggest it’s a communication tool, “used to bring information back to the pack about potential predators lurking somewhere nearby, or perhaps a dead carcass that’s good to eat.”

Still, if this is something your dog does, wash them immediately and thoroughly, and if the behaviour persists, seek out a veterinarian.