How to Sort Your iOS Reminders So You Actually Finish Them

You might look at your sprawling list of to-dos in the iOS Reminders app and think, “That is a lot.” And while Apple’s upgrades to Reminders in iOS 14.5 might not help you complete them any faster, they’ll certainly help organise them. And that’s the first step toward completing any Herculean list of tasks, right?

As part of iOS 14.5 — which you can and should upgrade to, if you haven’t already — the Reminders app has some useful new features that aren’t gigantic in scope, but are adjustments you’ll definitely want to integrate into your get-it-done lifestyle.

The biggest feature is an updated sorting tool that you can use to organise any list’s reminders by four different methods:

With each, you can separately choose to feature your earliest or latest tasks first. And, as always, you can also switch back to manual sorting at any point, which reverts your list to the way it was before you started messing with it. (Sorting isn’t a permanent change to the reminders’ order, thankfully, if you just want to play around a bit before committing to an option.)

You’ll find the sorting tool in the upper-right corner menu of your reminder lists. Tap the triple-dot icon, tap Sort By, and get organizin’. 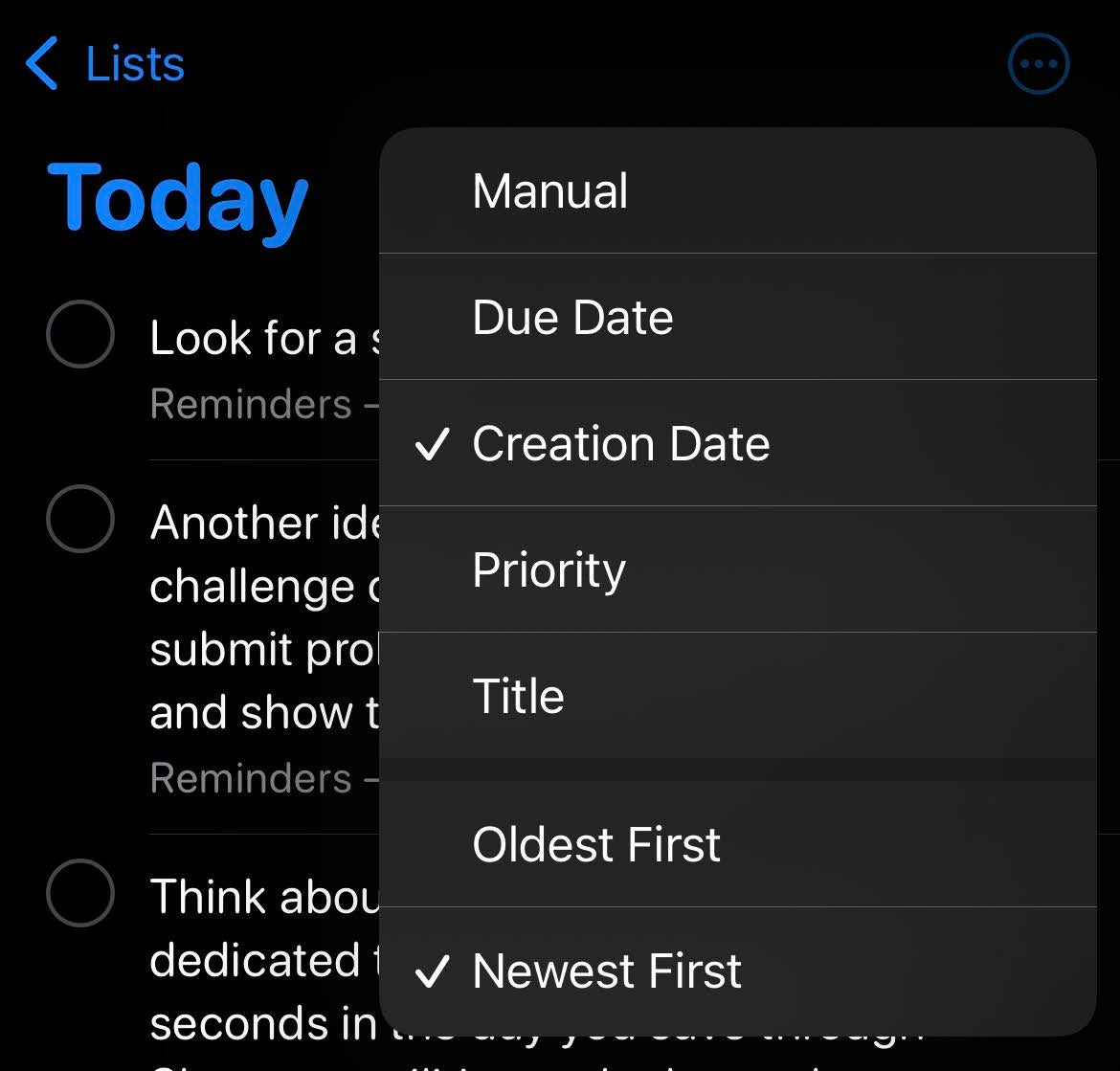 If you’re feeling even more adventurous, or you need a dead-tree version of your reminder list sitting on your desk so you never forget all the things you keep putting off, you can now also print any list you’ve created in the Reminders app. Note that this only works on lists you’ve created yourself — anything under the “My Lists” header in the lower-half of the app — and not Apple’s generic lists like “Today” and“Scheduled.” 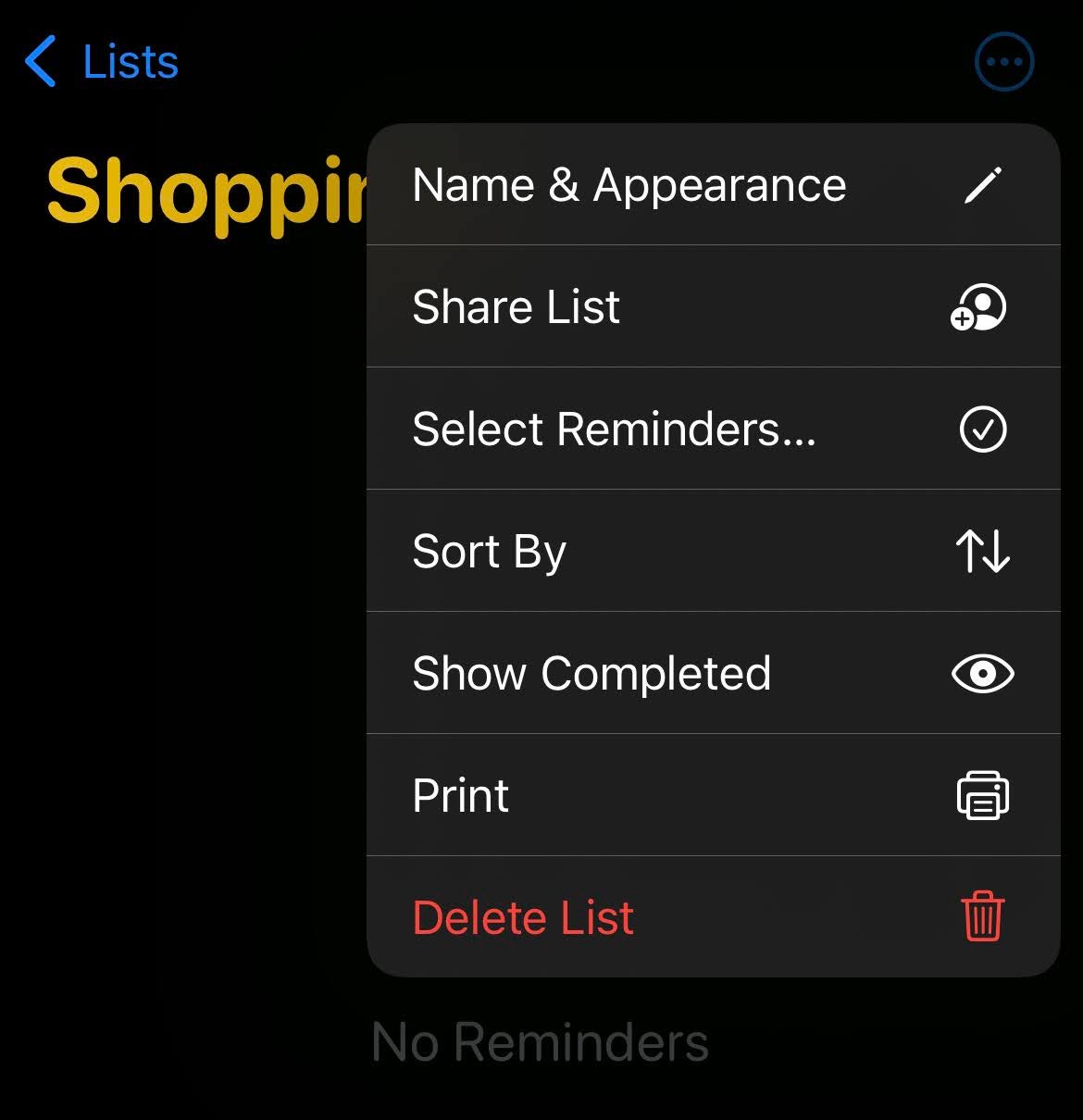 Tap on one of your lists, tap the triple-dot icon in the upper-right corner, and tap the new Print icon to send your to-dos to a network-connected printer. You’ll never be able to ignore them now, right?