Who needs the newest Pixel, anyway? Google is now rolling out its “Portrait Lighting” feature — previously announced during the Pixel 4a 5G and Pixel 5 launches — to older devices. I just fired it up on my Google Pixel 3 XL, and found it a great tool for artificially tweaking the light source of your portrait images.

To get started, first make sure you’re running the latest versions of Android (Android 11) and the Google Photos app (updated Oct. 19, 2020). Pull up the app, and then find a portrait mode photo you’ve shot with your device. You can also use pictures you’ve shot with other smartphones — like a Samsung, or even an iPhone.

One quirk I found is that Google, for whatever reason, doesn’t seem to acknowledge that an image taken using an iPhone’s own “Portrait mode” is, in fact, an image of your face. On the other hand, it didn’t have any issues recognising my face when I took regular selfies on iOS, as well as selfies or “portrait” pictures on my Pixel 3 XL or Samsung Galaxy Note 20.

Also, I’m using my words carefully here, because you won’t be able to adjust the lighting for just any photo taken in “Portrait” mode. Take a lovely, blurred-background photo of your favourite plant, for example, and Google won’t offer you the to option to tweak its lighting. As Android Police reports, Portrait Lighting is a faces-only editing feature:

“What matters is that the photo contains an obvious face, whether it’s a proper portrait or (sometimes) a full-body photo, it contains one person or two, the face is looking straight at the camera or angled away, and so on. You’ll have to trust Google’s AI/ML to recognise the proper circumstances, because if you don’t get the option on a specific pic, there’s no way to force it”

These oddities aside, adjusting the lighting for faces in the photos you’ve taken is a pretty simple (and fun) task. To get started, open a picture of a face in Google Photos. Tap on the “edit” button, which looks like three sliders, located at the bottom of your screen. Scroll right a bit until you’re on the “Adjust” section, and you should see a new option for ”Portrait light.” If you don’t, your image doesn’t qualify. Sorry. 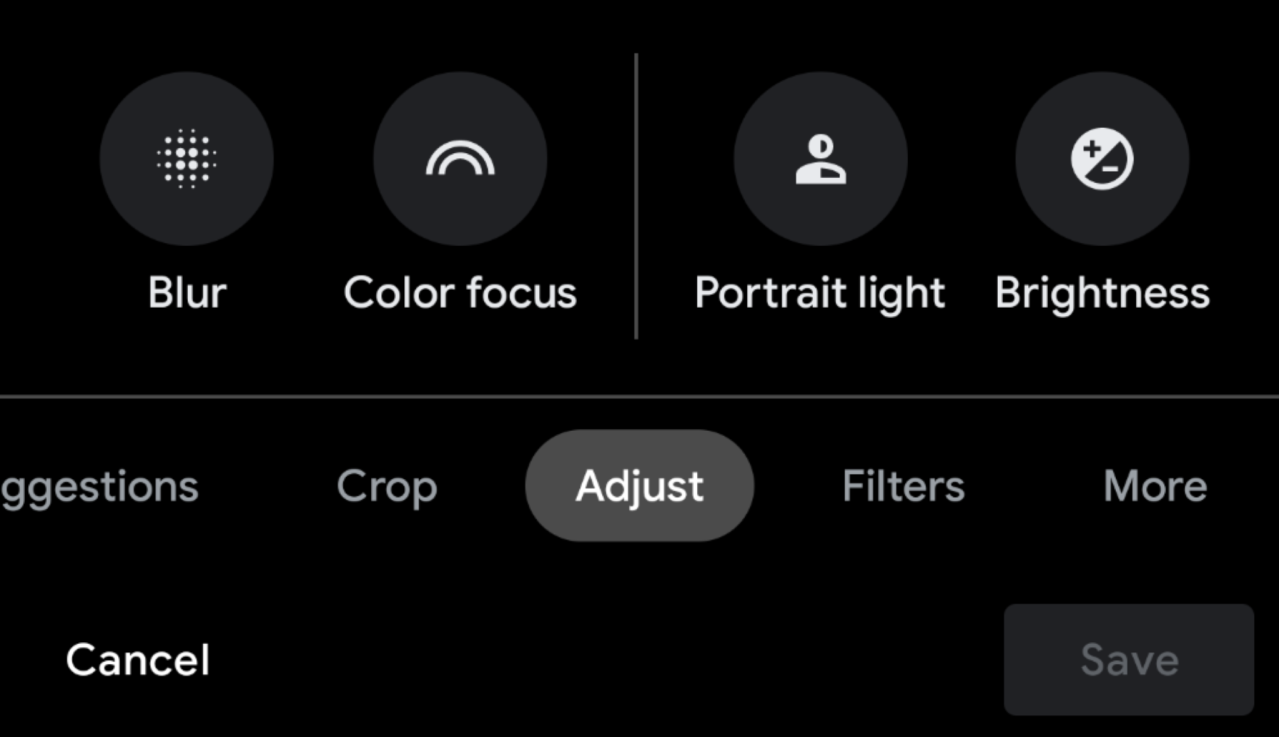 Tap on it, and you’ll now be able to pick a direction for your image’s artificial light by moving the superimposed circle on your shot. You can also adjust the strength of the artificial lighting using the slider at the bottom of your screen. Tap on “Auto” if you want Google Photos to pick what it thinks is the best version of Portrait Lighting for you. Now, all you have to do is play around with your lighting until you’re happy with the results, tap on “Done,” and save a copy of your newly edited image — or do more editing before you finish up.

If you’re feeling lazy, I’ve also found that using the “Portrait” option under the “Suggestions” section is a great way to quickly tweak your lighting and blur the background of an image otherwise shot sans bokeh. It’s quick, it’s easy, and it can produce pretty decent results.

This article was originally published in October 2020.