How to Try Out the Windows 10 21H1 Update Early

Want to try out the latest major feature update for Windows 10? If you don’t mind living on the wild side with a beta — something you might not want to risk if Windows applications are critical to you being able to do your job and/or function in real life — getting access to Windows 10 21H1 early is easy.

Before you get started, make a backup of your system just in case. It’s your call whether that means cloning your entire hard drive or copying over critical files to cloud or external storage. However you choose to preserve your data, make sure you do something; you never know when a Windows 10 beta might cause unanticipated issues. (It happens with regular Windows updates, so…)

If you’re fearful that a beta might break any super-important apps you use regularly, considering avoiding the beta entirely or make a full disk clone so you can quickly and easily restore back to your stable OS in the event that disaster strikes. Or, hell, you could always run Windows 10 21H1 in a virtual machine if you want to check out new features without affecting your current OS at all.

Once you’ve made up your mind, sign up for the Windows Insider program if you haven’t already. You’ll find the option in Settings > Update & Security > Windows Insider Program. Once you’re set up, which only takes a few minutes and a handful of clicks, make sure you’ve picked the Beta Channel for your updates. 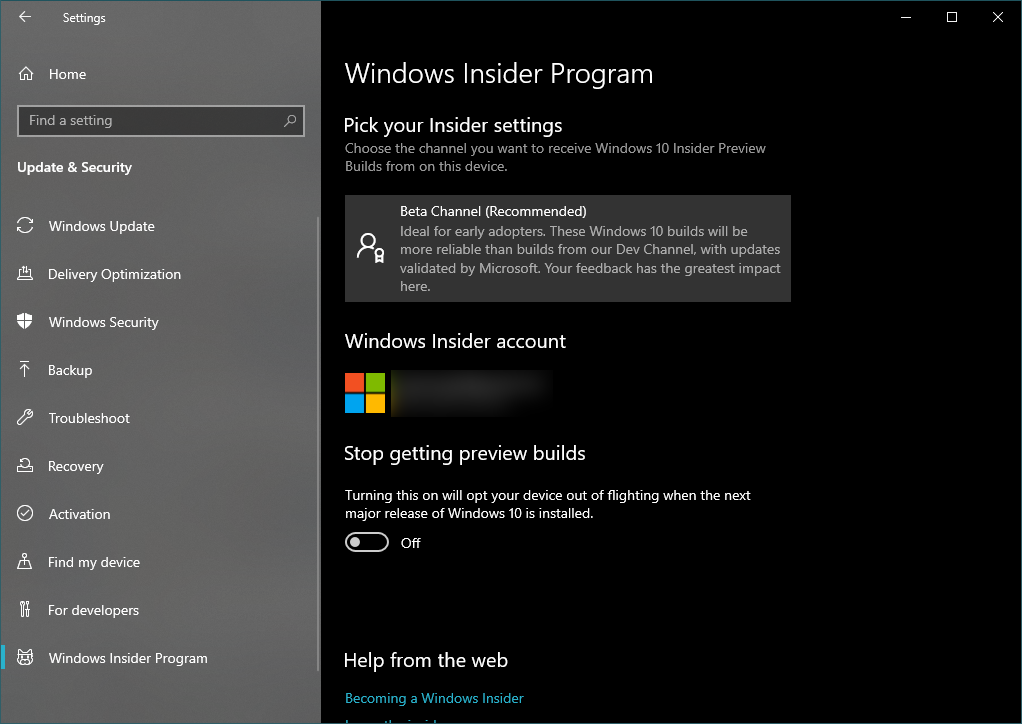 When you next run Windows Update, you should see special callout box for Windows 10 21H1. The updated OS won’t install automatically (for now); you’ll have to trigger the download and install it yourself. You can click on the “See what’s in this update” link if you want, but as of this writing, you won’t actually be taken to a site that shows you what’s new in Windows 10 21H1. To save you a web search, here’s the tiny list of features you’ll get in addition to a bunch of bug and security fixes:

The Windows update that contains actually features you probably care about (and will use) is Windows 10 21H2, scheduled to arrive at some point this fall. That’s a bit of a bummer if you were looking to, say, play around with a new floating Start Menu, but odds are good that now that you’re a Windows Insider, will be able to get your hands on a beta of the OS before its official launch. While Windows 10 21H1 might not thrill you, at least you’re now familiar with the process and are enrolled in the Beta Channel for any and all future (more exciting) updates.

If you want to drop out of the beta track for whatever reason, simply visit the Windows Insider Program screen in your Windows Update settings again and select the option to Stop getting preview builds. Consider switching your channel to Release Preview. That won’t help you revert the beta you’re currently in, but it’ll stick you with a much more stable version of the OS — if that’s your issue — once it’s ready.