You might dress well, have a cool job and be blessed with beauty, but flirting is where the real magic of attraction is, especially when it comes to first impressions. In fact, good flirting is often more effective than good looks, and it’s something anybody can learn how to do. Illustrations by Angelica Alzona.

Eye contact is pivotal when flirting, and Marin suggests it’s the best way to indicate your interest. It means the difference between a friendly “how-do-ya-do” conversation and a “I’d really like to get to know you” conversation. Whether you’re across the room or already talking, eye contact has been shown to boost feelings of attraction. In one study, published in the Journal of Research and Personality, strangers were asked to stare into the eyes of other strangers. After holding a mutual, friendly gaze for two minutes, most participants reported increased feelings of passionate love toward the stranger.

Marin says the trick to flirtatious eye contact is to maintain your gaze longer than usual. If you spot someone across the way, try to meet their gaze, hold it for a few seconds and look away. Repeat this a couple times and, if they aren’t giving you weird looks, then make your approach. Be cautious, though. While a kind gaze does wonders, an unbroken, wide-eyed stare is creepy. If you’re worried you’ll go overboard, use the triangle technique and smile. Nothing says “I like you” like a big ol’ smile.

Approach from the front 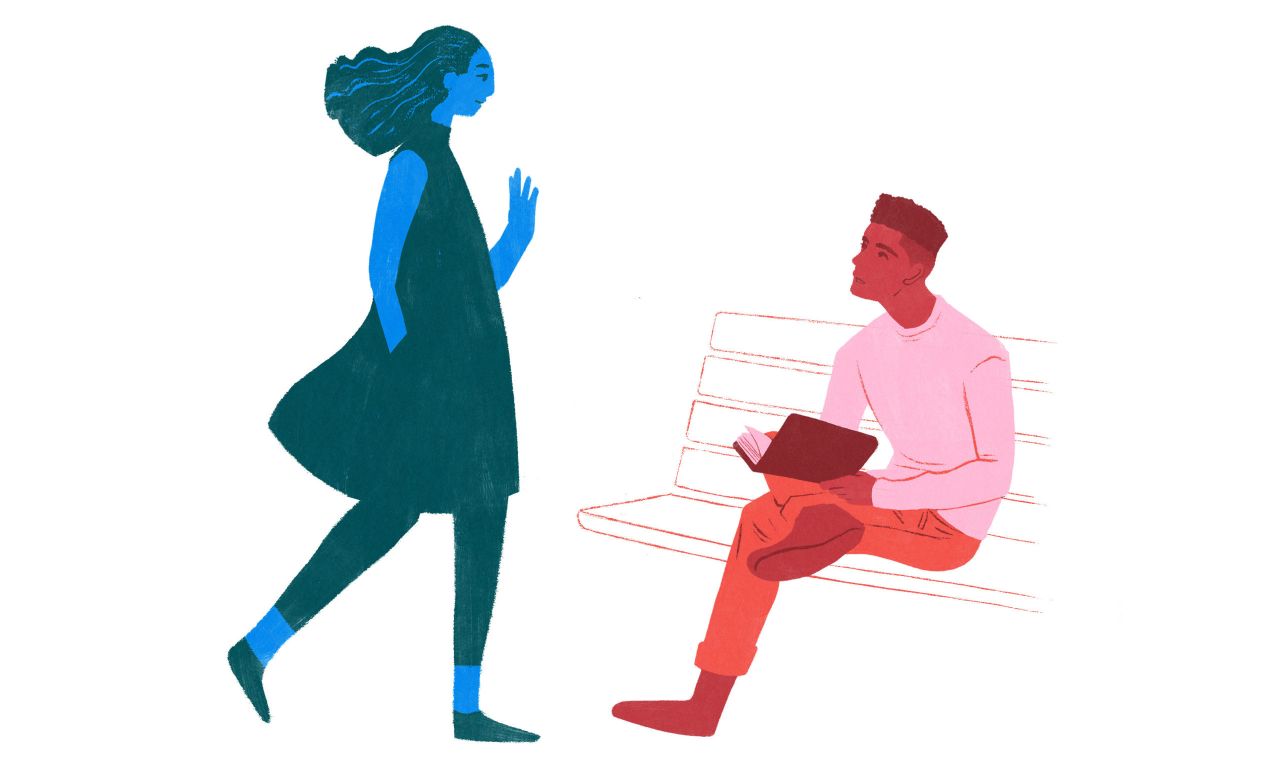 The wrong kind of approach will end things before they even start. When you see someone who piques your interest, Vanessa Marin, licensed marriage and family therapist and Lifehacker contributor, recommends you always approach from the front. Nobody likes being snuck up on by a stranger, and Marin notes this is especially true for men trying to approach women.

If they’re facing away, either make your way around or wait for them to move. And if they’re at the bar, at least grab a seat next to them instead of rudely tapping them on the shoulder (if, y’know, COVID restrictions allow for that). Approaching them from the front also gives you both a chance to catch each other’s glance and gauge interest.

Give compliments that go beyond looks

Compliments are great for flirting, but they’re also a dime a dozen. Dr Nerdlove, dating columnist and Kotaku contributor, suggests you step things up and compliment them on something they had a conscious hand in:

Complimenting somebody’s looks is both unoriginal and not terribly interesting. Letting someone know that you appreciate, say, their fashion sense or their insight, on the other hand, shows that you get them on a personal level.

“You’re cute” and “You have pretty eyes” aren’t going to cut it. If you can’t think of something that appeals to their choices, Marin says you should at least try and give them an unusual compliment. Say something like “You have a very confident-sounding voice,” or “You seem like someone who knows how to get the best out of people,” or “You have a delightfully offbeat personality.” Leave them with a compliment that will stick with them and make you unique.

Also, ditch the pickup lines and cheesy one-liners. One study, published in the journal Sex Roles, suggests that both men and women hate “cute-flippant” opening lines. Overall, participants in the study preferred openers that were more innocuous or direct. So skip the “Are you wearing space pants?” lines and try to strike up an actual conversation about the venue, music or a mutual friend. Otherwise, just go for it and offer to buy them a drink or make a unique compliment.

Use appropriate touch to show interest 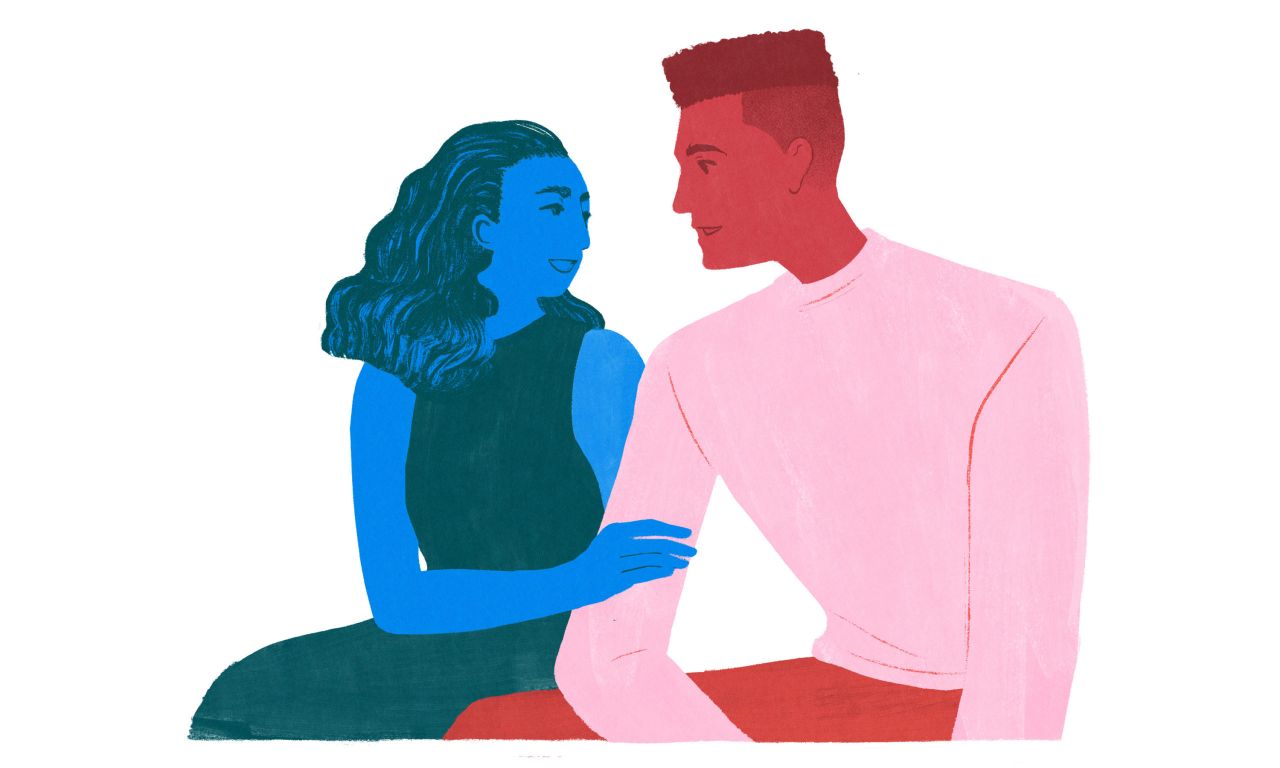 A light touch, done carefully, is an extremely effective form of flirting for both men and women. Light touching shows interest, beyond a doubt. Additionally, your flirting may not be as obvious as you think it is, so it’s great for being more direct, as long as the situation allows and the atmosphere is appropriate. When someone is certain that you’re interested, it’s easier for them to respond in kind.

In the book Close Relationships, Dr Pamela Regan, a professor of psychology at California State University, suggests there are three main types of social touch. The first is “friendly”, which is like a light shoulder push, shoulder tap or handshake — not ideal for flirting, but good for testing the waters. The third type, “nuclear”, is the super obvious types of romantic touch, like a soft face touch or brushing someone’s hair out of their face, and is far too abrupt and forward for flirting. “Plausible deniability”, the second type of touch, is right in the middle and it’s where you want to be. It involves gentle and informal touching around the shoulder or the almost-always effective touch on the forearm. One study, published in Social Influence, found that a light touch on the forearm increased the chance participants would give out their phone number or go on a date. Just be sure the atmosphere is right when you try it. Read the other person’s body language and do not engage if you’re not sure, or you might make them feel uncomfortable.

Use playful teasing to your advantage

People want what they can’t have, and a little playful teasing shows that you’re interested, but also draws people in. Nerdlove recommends a simple technique called “pushing and pulling”, where, like a kitten with a string, you dangle a compliment within reach, then pull it back. Here are some of Nerdlove’s examples:

“You’re the coolest person I’ve met… at this bar, anyway.” “Holy crap, you really are such a nerd, it’s adorable!” “You’re awesome, I never meet people like you; get away from me, I just can’t talk to you.” “We’re never going to get along, we’re too similar.”

The key here is to absolutely avoid negging or backhanded compliments, like “You’ve got a great smile, even with those teeth.” Keep it playful, friendly, and make it abundantly clear that you’re teasing. Do it with a big smile, have fun (and be self-deprecating when it’s right). With that said, however, remember to be yourself and don’t get too caught up in the idea of needing to use playful teasing all the time.

Nerdlove says good flirting is about riffing and playing off what one another says. Don’t force a change in the conversation, and keep things light. Also, keep in mind that some people don’t like teasing or witty banter, so be ready to switch gears. If you say something unfunny or upsetting, apologise and change the topic. Don’t make it about you, and don’t shift the blame onto them, like “I’m sorry you were offended.” Acknowledge that you messed up and move on to a happier subject. When in doubt, Nerdlove suggests you just be a great listener. It gives people a chance to open up about themselves, and gives you a chance to relax.

Read signals and take a hint 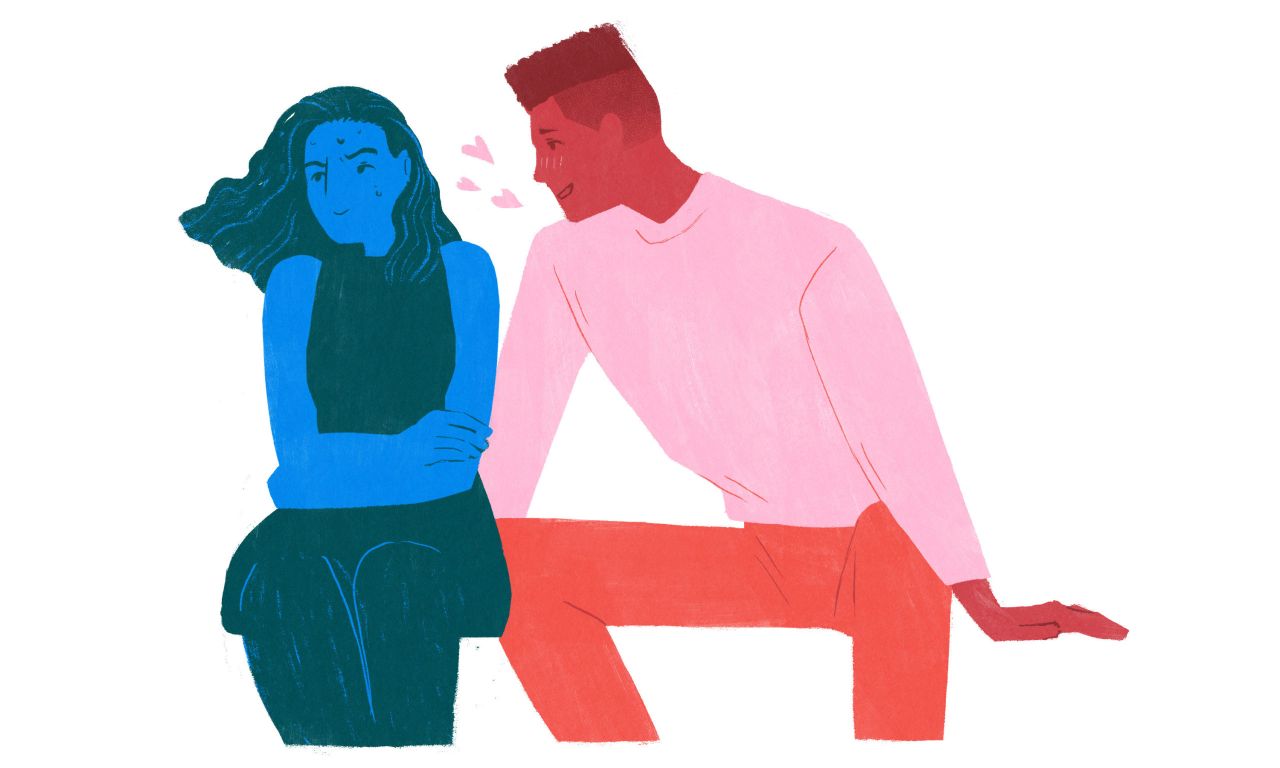 Things won’t always go your way when you flirt, so it’s important to know when to throw in the towel. Nerdlove suggests it all comes down to watching the other person’s body language and listening to how they respond. If you see these signals, dial it back:

Nobody likes an overbearing flirt. It’s pushy, awkward and super skeezy. Also, people talk. You never know when one bad social interaction will make things worse for you in the long run. If you swing and miss, shake it off, save face and give it a shot another day.