It’s hard to keep up with internet culture, but don’t worry: Each week we’ll tell you the best of what you need to know.

It’s election time, and that means millions of people will begin casting their vote for Iceologer, Moobloom or Glowsquid. Oh, you thought I meant those two old dudes? Nah. I’m talking Minecraft, not C-Span. Mojang, the company behind the still-massively-popular open-world sandbox video game, are letting fans vote on which of three new monsters will be included in the next update of Minecraft. The voting will happen during the livestream on Minecraft’s twitter on October 3.

At the risk of electioneering, I say: vote Moobloom! If elected, this flower-covered cow will be adorable, friendly, and protect pre-existing medical conditions.

A million years ago, back in February, Billie Eilish recorded the title song to No Time To Die, the James Bond movie set to be released on April 10. But the movie didn’t come out for some reason or another. Eilish, the youngest woman ever to sing a Bond song, released a video in which she croons into an antique microphone to clips of the movie. More than 1.5 million people have checked out the moody vid in the its first day of release.

This Week In Tiny Trends: “Stopwatching” 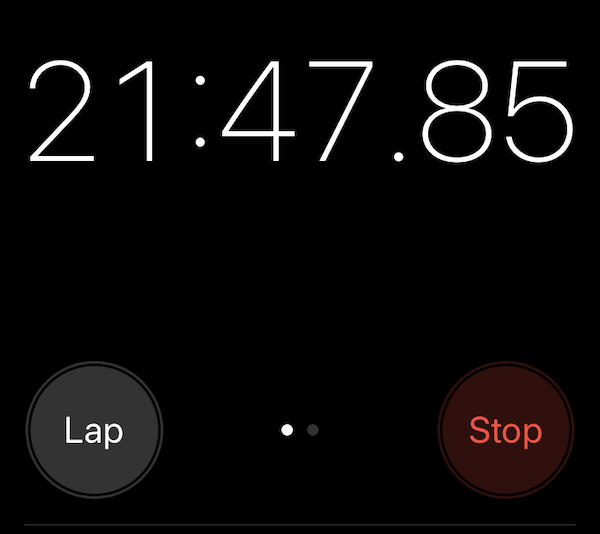 Here’s a trend I’ll bet the kid in your life is doing without you knowing about it, and I call it “Stopwatching.” It works like this: You start the stopwatch on your phone or laptop and then let it run. That’s it. There is no further activity. You just let the stopwatch go until the world ends.

My son says he has had the same stopwatch counting on his computer for over a year and a half, and he assures me that all the kids at his school are conducting the same temporal experiments, on their own devices as well as every school-issued computer. I’m kind of in love with this trendlet — it highlights how kids will take any new technology and figure out something innovative yet pointless to do with it.

This Week In TV: Netflix by Personality Type 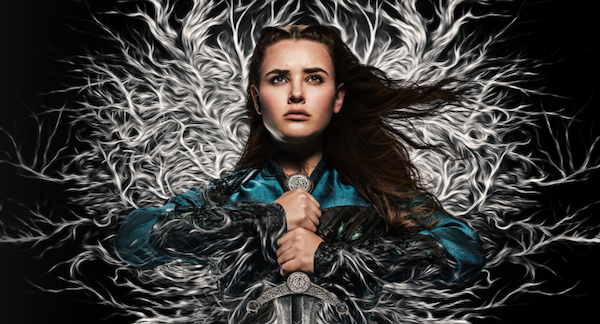 The days of everyone watching the same popular television shows are long gone. Kids are all over the map when it comes to TV, and since there’s not a ton of excitement in TV land this week, here’s a list of the some of the series kids are watching on Netflix, based on their personality types:

My top Netflix choice for sword and sorcery fans: Cursed. Set in the times of King Arthur, Cursed is the origin story of Nimue, a young sorceress coming to terms with her newfound magical power. Yes, it’s a metaphor for the growth and power of a burgeoning adulthood, but there’s a ton of swords, battles, and magic missiles for the D&D crowd to enjoy, too.

If the teenager in your life is on the dark-and-artsy side, The End of the F***ing World is the series to watch. A grim comedy from the U.K., EOTFW is about a troubled misfit girl who falls in love with a troubled misfit boy who is secretly a serial killer planning to murder her. It’s not for the squeamish or easily disturbed, but it’s hilariously weird, and misunderstood teens will love it.

In spite of living in a dystopian present, young people still love stories of dystopian futures. My favourite pick in the genre is Daybreak, a Netflix series the mixes Ferris Bueller’s Day Off and The Last Man on Earth. Set in near future Los Angeles, in Daybreak, everyone over 18 has either died or been turned into zombies. With no parents or structure, the kids form tribes based on their high school cliques.

Note: Please don’t confuse Daybreak with The Society, a more “serious” Netflix teen show where all adults disappear and kids have to create their own society. Or with The New People, a 1969 ABC show where a plane full of hippies crash lands on a mysterious island, and they must form their own society without adults.

Netflix’s strategy of throwing on a ton of quirky, unique shows to see what sticks can result in really cool stories being left unfinished. Case-in-point: the network is not bringing I Am Not OK With This back for a second season. I guess this charming comedy/drama about a teenage girl struggling with her sexuality and psychokinetic powers is a little too awesome for the streaming platform. Either way, I’ll bet your kid would like it. It’s like a combination of Carrie and 16 Candles, and how could that be bad?

Space aliens and pubescent wizards are cool and all, but some kids like more traditional teen shows. The all-time king of traditional teen drama is still Degrassi. On the air in various incarnations since the late 1970s(!), the empire’s latest show, Degrassi: Next Class, continues the tradition of Canadian teenagers politely confronting hot button teen issues. It’s like teenage comfort food — nothing too mind-blowing, and not too nutritious, but you can always count on it tasting the same.