The Best Ways to Get Windows 10 for Free

Even Zune-clutching Windows loyalists have to admit that Mac owners have it pretty great ” at least, they do now. Apple hasn’t charged for macOS, nor macOS updates, for years. Of course, you need to buy your computer from Apple to use macOS (pretty much), but at least the operating system is free.

Windows … not so much. While your new desktop or laptop computer is almost guaranteed to come with a copy of Windows 10, the price for the OS is probably factored into whatever you paid for your system. Build your own PC, and you’ll have to pay for a copy of Windows 10 yourself.

And if you’re upgrading from an older operating system, the issue of whether you have to pay for a newer version of Windows gets confusing.

To ease your financial burden, here’s a roundup of all the best methods you can use to get a free or discounted version of Windows 10.

Free: Run Windows 10 without activating it

Yes, you can install and run Windows 10 without activating it. Your system won’t shut down after 30 days, nor will Microsoft lock you out of your apps or anything else crazy like that. You’ll be nagged to activate your copy of Windows 10, and you won’t be able to personalise your desktop ” nor its colours ” but that’s the biggest hurdle Microsoft puts in your way for running an unactivated copy of the operating system.

You’ll still get all of the latest Windows updates, though Microsoft certainly reserves the right to change this approach at some future date (or lock you out of other parts of your OS, if it feels like it).

Free: Upgrade from a much older version of Windows

Back when Windows 10 first debuted, Microsoft made a big deal about how users of its older operating systems ” Windows 7 or Windows 8.1, specifically ” could upgrade to Windows 10 for free. While Microsoft doesn’t talk about that expired “promotion” anymore, the trick still works for a number of people. It’s not even really that much of a trick, to be honest.

Simply run Windows Update on your older version of Windows and, if you’re prompted to update to Windows 10, do that. Otherwise, use Microsoft’s Update Assistant or Media Creation Tool to run your update: 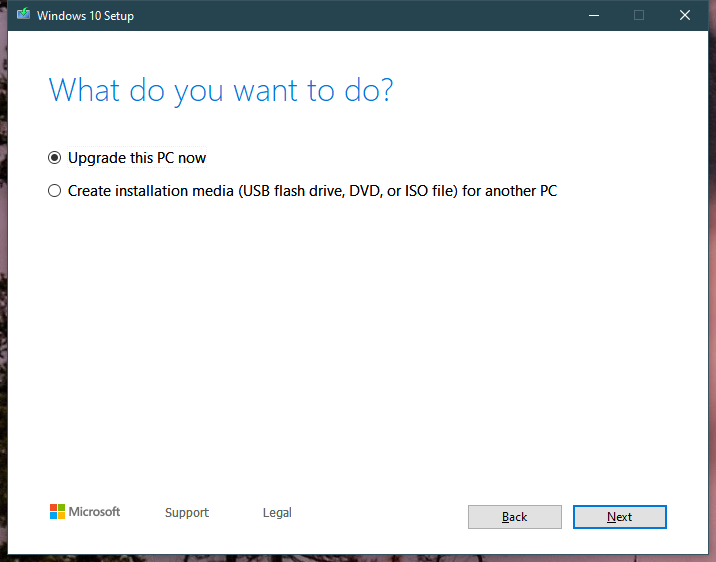 I haven’t done this process in years, but I believe you’ll want to make sure you’re updatingÂ Windows rather than wiping your drive and clean-installing a brand-new version of Windows 10. That should ensure that Windows 10 correctly gives you a free upgrade ” a digital licence you can then associate with your Microsoft account ” when you move to the new version of the OS.

It’s also worth writing down (or finding) your Windows 7/8.1 product key before you start this process, in case you need that to activate Windows 10 during or after your upgrade. You shouldn’t, but I’d have it handy just in case.

Free: Be a student (or have an alumni email account)

Windows 10 Education is pretty similar to Windows 10 Enterprise, which is undoubtedly overkill for what most people do during their day-to-day Windows lives. Still, if you’re a student ” and you can prove it via the OnTheHub service (which Microsoft itself links to) ” you might be able to score a free copy of Windows 10’s Education edition with no other strings attached. 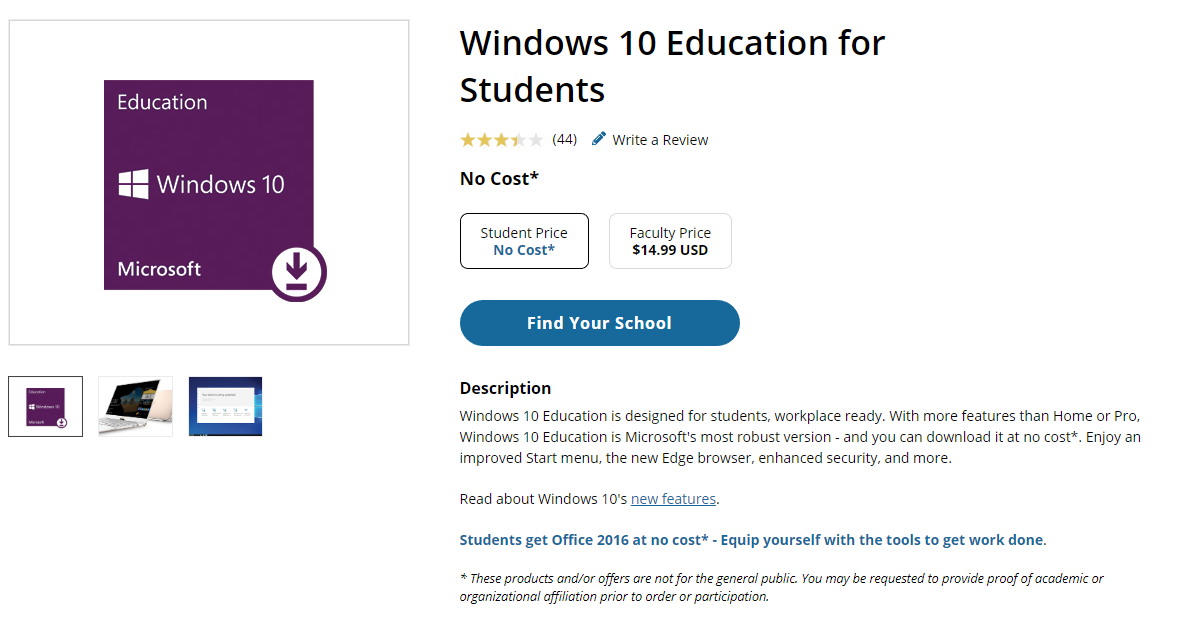 (I tried this with my old uni details, in the hopes my dormant email address could score me some free Windows 10. Alas, I was prompted to sign into my school’s web portal to get access to the software goods, which I obviously cannot do since I no longer go there. It was worth a shot!)

This is the ultimate “buyer beware” move. You can find super-cheap OEM keys for Windows 10 all around the web. The issues with these are numerous. First, you’re not technically supposed to be able to purchase these, but someone is making a buck by selling you (hopefully) valid keys that they acquired via some less-savoury means ” unused volume keys, grey-market keys purchased in places where Windows 10 costs a lot less, stolen keys, et cetera. Worst-case scenario, you’re buying a key that has already been used ” or a common key found in a popular BitTorrent listing ” and you’ll be out whatever paltry amount you paid. 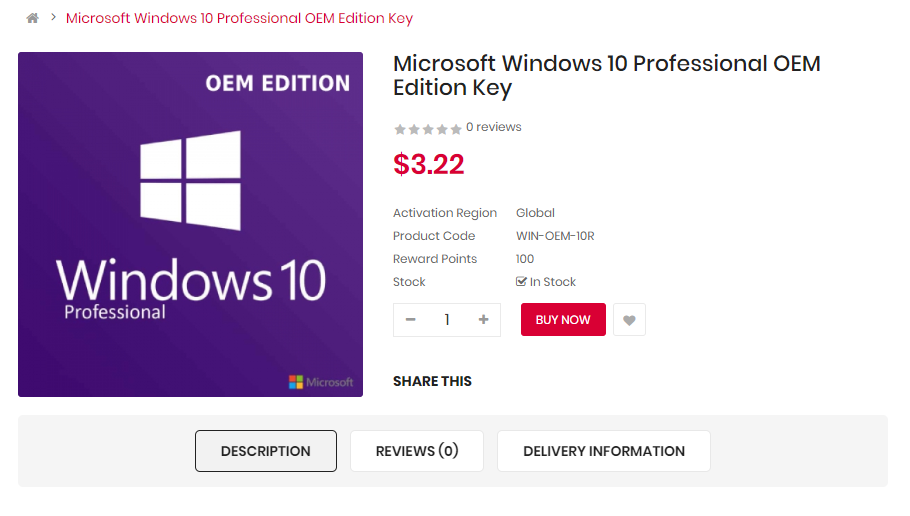 Second, your OEM key will lock to a single machine. You’ll still be able to get away with some reasonable upgrades ” a new graphics card, perhaps a different hard drive, or more memory ” but if you do some drastic PC surgery like replacing your motherboard, you might find your key no longer works. Windows will think you’re trying to use the key on a different machine, and it will frown on that (as will the Microsoft customer service representative you call to try and fix this problem).

Finally, it’s possible that your key might work for a little bit of time, but Microsoft could cancel it at any moment ” especially if the not-so-legit place you from tries to resell that key to someone else. You never know when you might get flagged, and even if it’s pretty soon after you purchase the key, wherever you bought it from might not be very willing to help you get your money back (given the circumstances).

Just to save you the trip, the full versions of Windows 10 ” if purchased directly from Microsoft ” will set you back the following:

How To Keep Windows 10 Organised, Pretty And Productive