How to Remove ‘Undeletable’ Windows 10 Bloatware

Windows 10, bless it, arrives packing lots of annoying bloatware. Some of it you can uninstall; some you cannot (cough Your Phone cough). And while the operating system feels like it’s gotten a bit better about this over the years, you’re still going to need to use a third-party app if you want a cleaner Windows 10 experience.

One of them, Bloatbox, which started as an extension to the popular privacy-themed Spydish app for Windows 10, recently split off into its own tiny, portable app. And that’s one of the features I most love about it so far: it’s small and you don’t even have to install it on yoursystem. You can just run it as-is to start cleaning up any regular Windows 10 installation.

Unzip the download and you’ll get one executable to run. That’s it. Here’s what you’ll see: 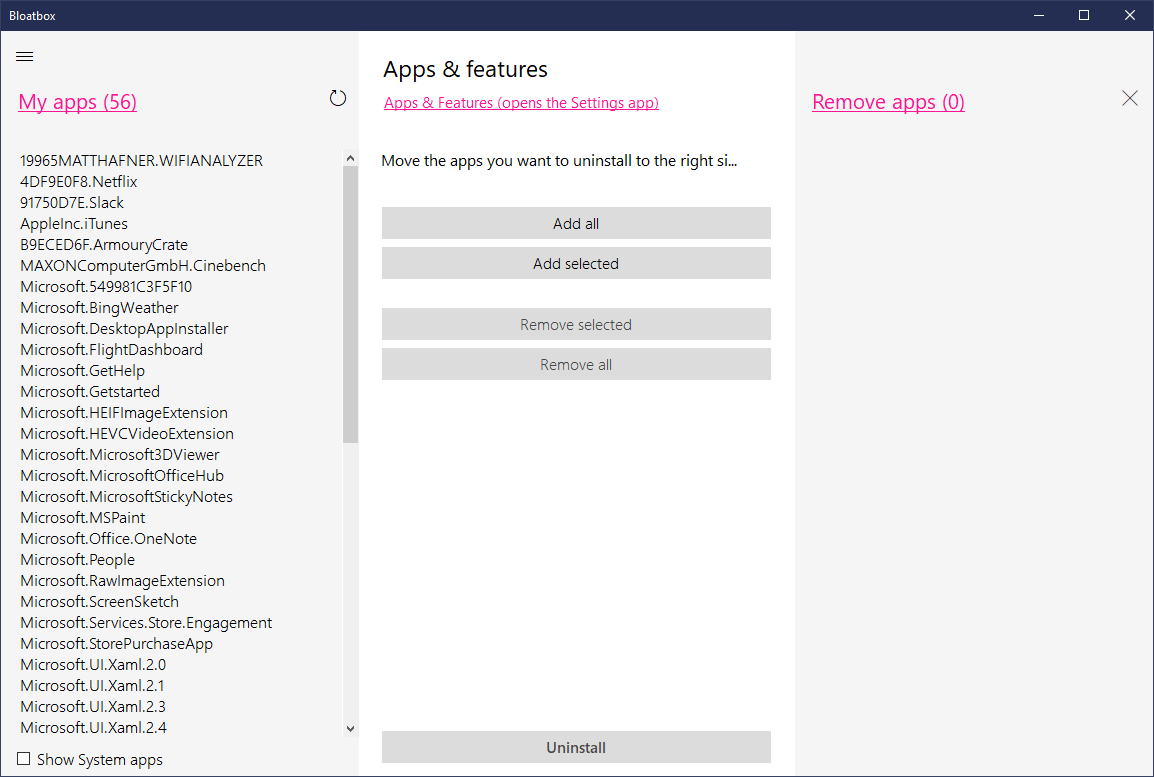 The left site of the app shows your installed Windows 10 apps, which includes both the ones you put there and the ones Microsoft put there on your behalf. It’s not great in terms of how the apps are named, so you’ll need to do a little digging to find everything that annoys you.

Also know that whole-scale eradication of a bunch of apps might clean up your Start menu, but it could also lead to some degree of system instability if you force-delete an app that Windows prefers to have around for whatever reason. Consider that a casual warning that you might want to make a System Restore Point, at minimum, if not a full backup (or clone!) before you start deleting a ton of normally unremovable apps.

Once you’re sure you’re ready, add whatever apps you want to ditch to the “Remove apps” side of Bloatbox and click the “Uninstall” button. You’ll get a message that confirms the removal (or indicates a failure), which looks like this: 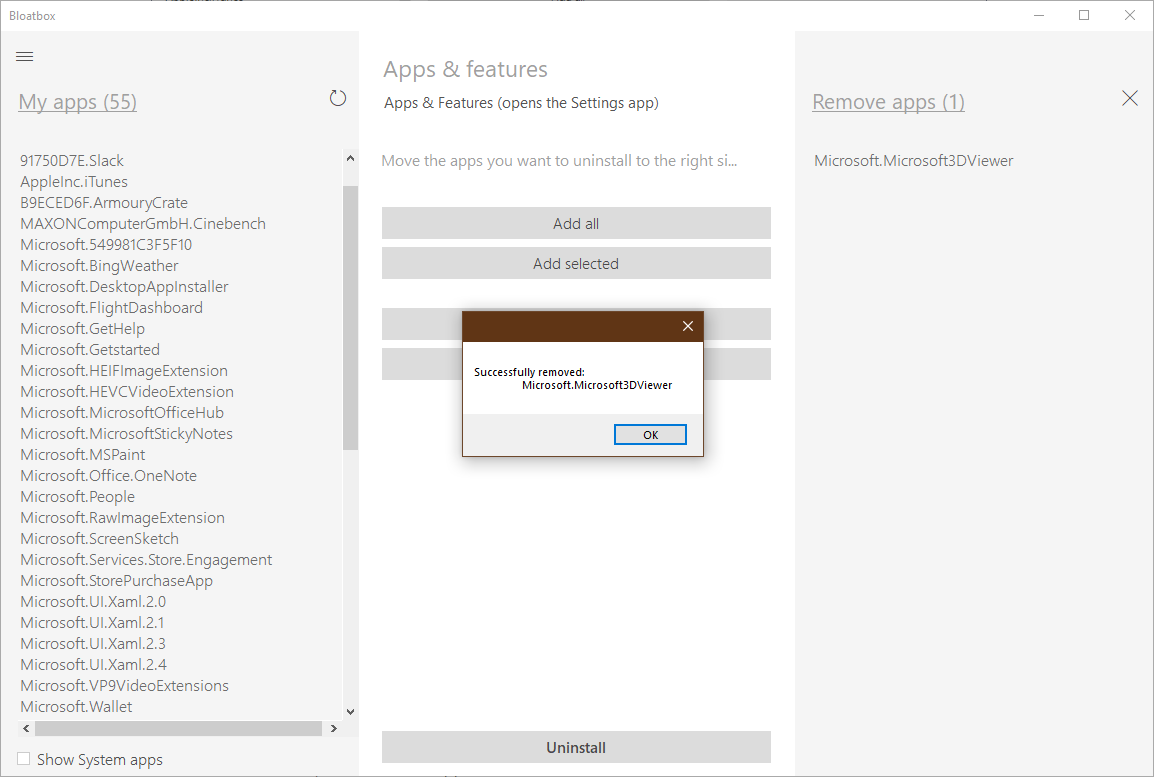 And that’s it. This sort of process doesn’t get much easier or faster, and that’s why I love Bloatbox. It’s not perfect, but it does its job with the least possible fuss. Now, were there only a way to use it to remove any program on your system…