Which Video Chat Apps Offer The Best Privacy And Encryption? 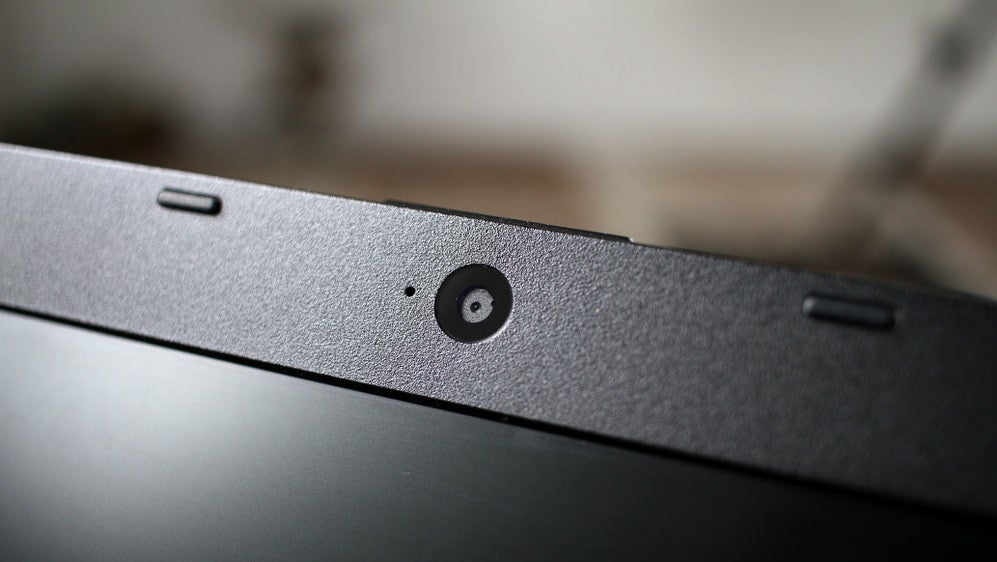 There are many free group video chat and teleconferencing apps out there. Many of them even tout their privacy and security features—but just because they keep certain communications off-limits to other users or potential hackers, that doesn’t mean your conversations are protected from the companies themselves, not to mention the organisations and third-parties they work with.

“Free users for sure we don’t want to give that because we also want to work together with FBI, with local law enforcement in case some people use Zoom for a bad purpose,” Yuan said. $ZM

For example, Zoom is now limiting its end-to-end encryption (E2EE) for free users. The company says this is being done to curb abuse and take action against trolls and hackers, but it also undercuts the privacy of those who used Zoom meetings for secure communication.

Other popular apps, such as Discord, have the ability to see user communications—even those taking place on private servers. This has helped Discord remove hateful and white-supremacist groups from its platform, but that also means that activists, journalists and community organisers working to create positive movements via Discord servers do not have the privacy such action often requires.

If you’re looking for a free and encrypted alternative to Zoom or Discord, the Videoconferencing Guide from Paul Schreiber, Jacob Hoffman-Andrews and Yael Grauer will help you find an app appropriate for your needs. It features side-by-side comparisons of 28 of the most-used video chat apps and covers features, limitations, security and pricing information (where applicable) for each. It’s wisest to focus on open-source software, since these apps are often free of ads and are transparent with their code, making it easier to see exactly what it’s doing with your data.

As for specific suggestions, here are three open-source alternatives from the Videoconferencing Guide that get our vote of approval. 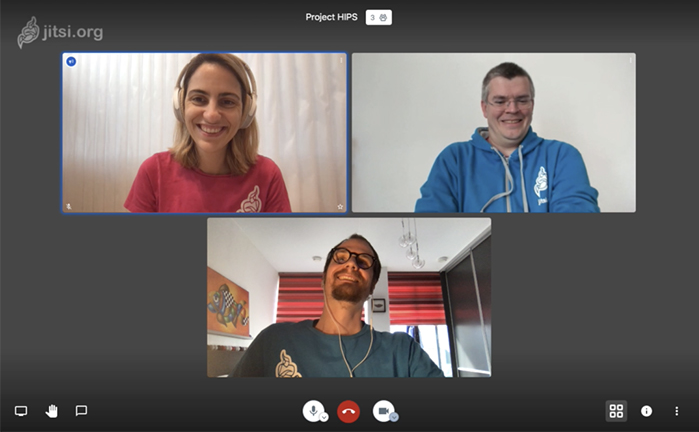 Jitsi is the most “traditional” of the free and open-source video conferencing apps on this list. Its interface is reminiscent of other teleconferencing apps, but with some key differences—most importantly, it’s transparent E2EE and security features, which you can read more about here. It also gives all users in a call the ability to mute or remove other participants in the event that someone enters a private meeting uninvited.

It supports up to 75 participants on a single call and lets you record meetings without restrictions, which is more than other teleconferencing apps—even some paid ones. Jitsi can be used freely in your browser of choice or downloaded as an app for Android, iOS and even the open-source F-Droid OS. You can also join active Jitsi meetings via a simple phone call.

Signal often gets the nod for secure communication, and I agree with the endorsements it typically receives, especially in light of recent enhancements like PIN security. That said, it’s lower on this particular list due to its limited video chat features in comparison to other apps. Signal only supports two users on live video calls, though its video communication uses the same privacy and E2EE settings as its one-on-one and group text messages. Media sent through Signal is also encrypted, even in group chats, making it good for securely sharing videos, photos and recorded audio clips. Media attachments and texts can even be set to auto-delete after being viewed or after a certain amount of time has passed.

You might not be able to host a large group teleconference via Signal, but it’s still a good resource for those who need private communication. Signal is available on Android, iOS/iPadOS, Windows, Mac and Linux. 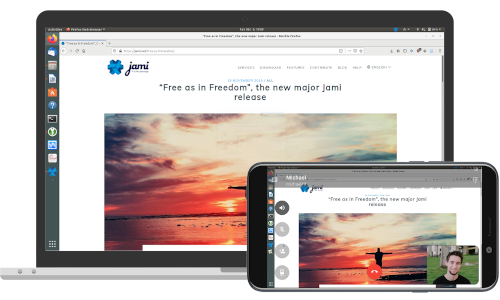 Jami is probably the most secure video chat option at this point. Not only is it completely free, open-source and transparent about is encryption measures and privacy policies, it’s one of the only apps of its kind to use a fully peer-to-peer distribution model instead of the more common server-based model. This means that all communication on Jami happens purely between the devices involved—nothing is sent to a server, ever. This keeps all users anonymous and all communication private, and even lets users communicate freely while connected to smaller local networks without sending data over the internet.

That said, Jami’s peer-to-peer distribution model also comes with some idiosyncrasies that may limit its viability. Since communication is not facilitated by an external server, Jami doesn’t have inherent limits on group size, call recording, video quality or even data transfer speeds, but you’ll still be limited by your device(s) and the strength of your peer-to-peer connection. All users on the call will also need to use the Jami app—it does not support communication with users outside the app’s ecosystem the way Signal and Jitsi do. That said, Jami is available on Android, iOS, Mac, Linux and even Android TV, so finding a compatible device shouldn’t be too difficult.

If you’re not as concerned about open-source, ads, and/or collection of personal user information, there are other free alternatives to Discord and Zoom that offer some form of E2EE, including:

You’ll find more information about their features and limitations in the Videoconferencing Guide.