How Do I Get My Data Off An Old Computer? 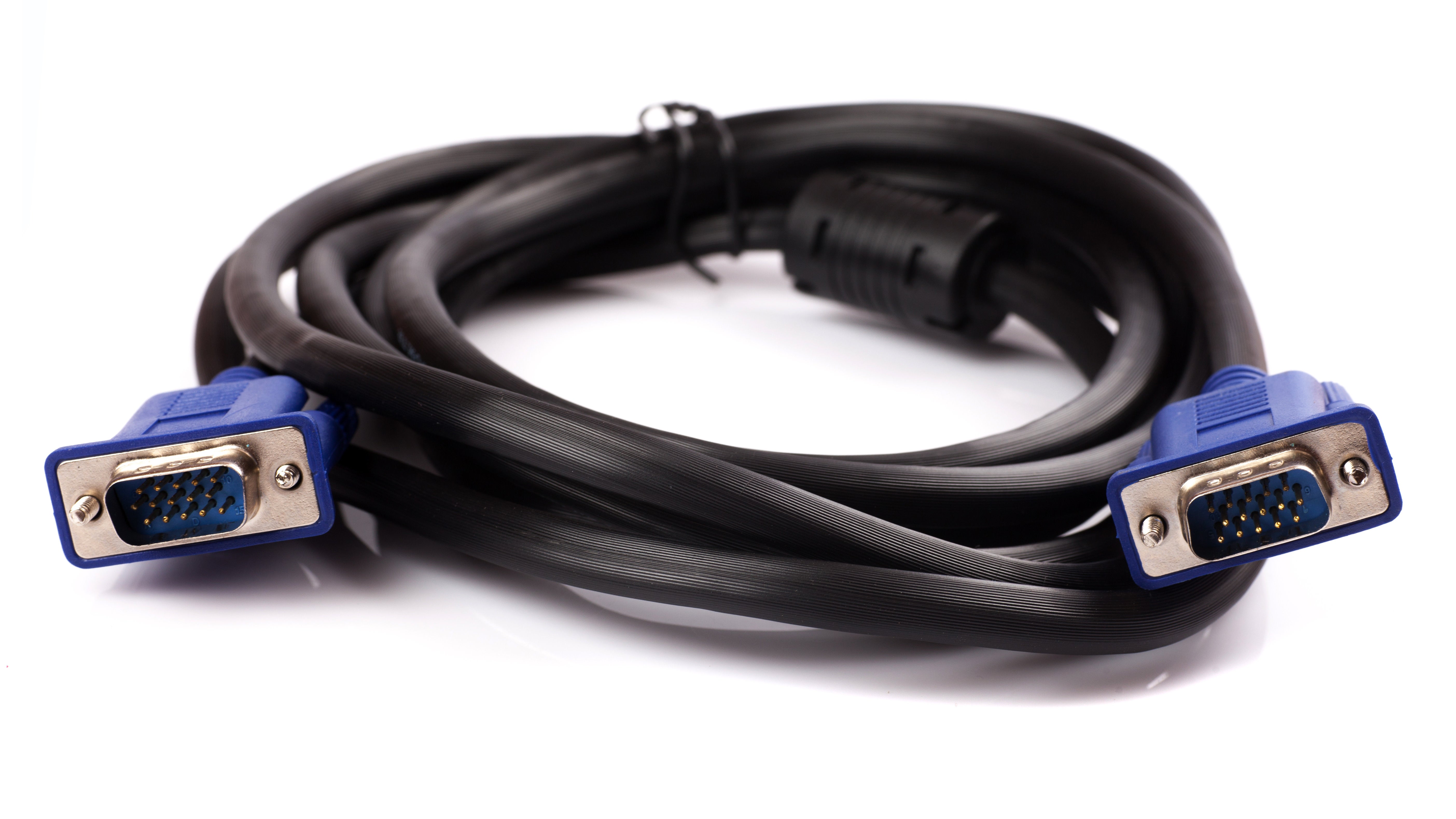 Whether you’re upgrading or buying a brand-new desktop or laptop, you will one day have to say goodbye to a computer you’ve used for many years. Most of you will try to extract the data from your retired system before you part with it for good. If you’re hasty—because you’re as excited to set up something newer, speedier, and prettier as I am—you will forget to do this, and you will find yourself stuck.

At least, that’s the situation posed by Lifehacker reader Cory, who recently sent the following to Lifehacker:

I want to delete everything on my old computer, but…

I have and older gateway tower but sold the monitor that came with it.

I have a laptop and a TV and tried using an HDMI to VGA adaptor thinking it would show on my TV or laptop but its not working. I would like to go through my old computer and wipe it clean before just recycling it.

Any suggestions on how I can view the content on my old computer?”

Why you can’t get a signal from your old computer

I’ve never tried using a VGA-to-HDMI adaptor—in fact this is the first I’ve ever heard of someone actually using one, given how old that connection type is. My suspicion is that this technique won’t work, or has a high likelihood of failure, because VGA is an analogue signal and HDMI is digital. It’s possible to go between the two, but whatever adaptor you’re using is going to have to take that VGA signal and convert it. If you just have a simple cable that has a VGA connection on one end and an HDMI connection on the other, that’s probably not going to work.

It’s also possible that whatever adaptor you’ve picked up sucks, for lack of a better way to phrase it. If you went bargain-bin on your adaptor, or bought one that hasn’t already been tested out by plenty of other people, it might not be able to do what you want it to do because that’s how these things sometimes go.

An adaptor can help, but there’s a better solution

This is a tricky situation, as what I’d typically recommend—a USB-to-DVI adaptor, which you’d then connect to a DVI-to-HDMI cable, or a simpler USB-to-HDMI adaptor—is probably going to cost more than what you’re willing to spend on a solution. At least, I’d probably ask around and see if any of my friends have an older monitor with a VGA input before I plunked down $30-50 on an adaptor.

One thing worth checking is whether your old desktop has an S-Video port. It’s unlikely, but if it does, and your TV has one, you can connect them together that way. It’s a longshot, but it’s worth exploring.

Otherwise, I think your best option is to hit up Craigslist for your area and buy someone’s cheap older display. Make sure they can confirm it works with a VGA signal before you pay for it, but this will be the best and surest way to get an image from your system. And, in doing so, you can then start poring over your data and wiping your system.

Looking at eBay right now for my area, people are selling their old, crappy, VGA monitors for around $30. You can probably find something as cheap as that where you live; remember, all that matters is that it works, not that it looks pretty, has a giant screen, or anything like that. Hook it up to your computer, save or delete whatever you want, and recycle that along with your old PC.

To get at your old data, try removing your hard drive

Messing with displays and monitors is one approach. Since all you care about is the data on your drive, you could also open up your desktop PC, disconnect and remove its hard drive, and slap that hard drive in an external enclosure. I’d recommend one, but I’m not sure if your drive uses an ancient IDE connection or SATA. (You can find enclosures and docking stations that handle both, so it’s almost a moot point.) 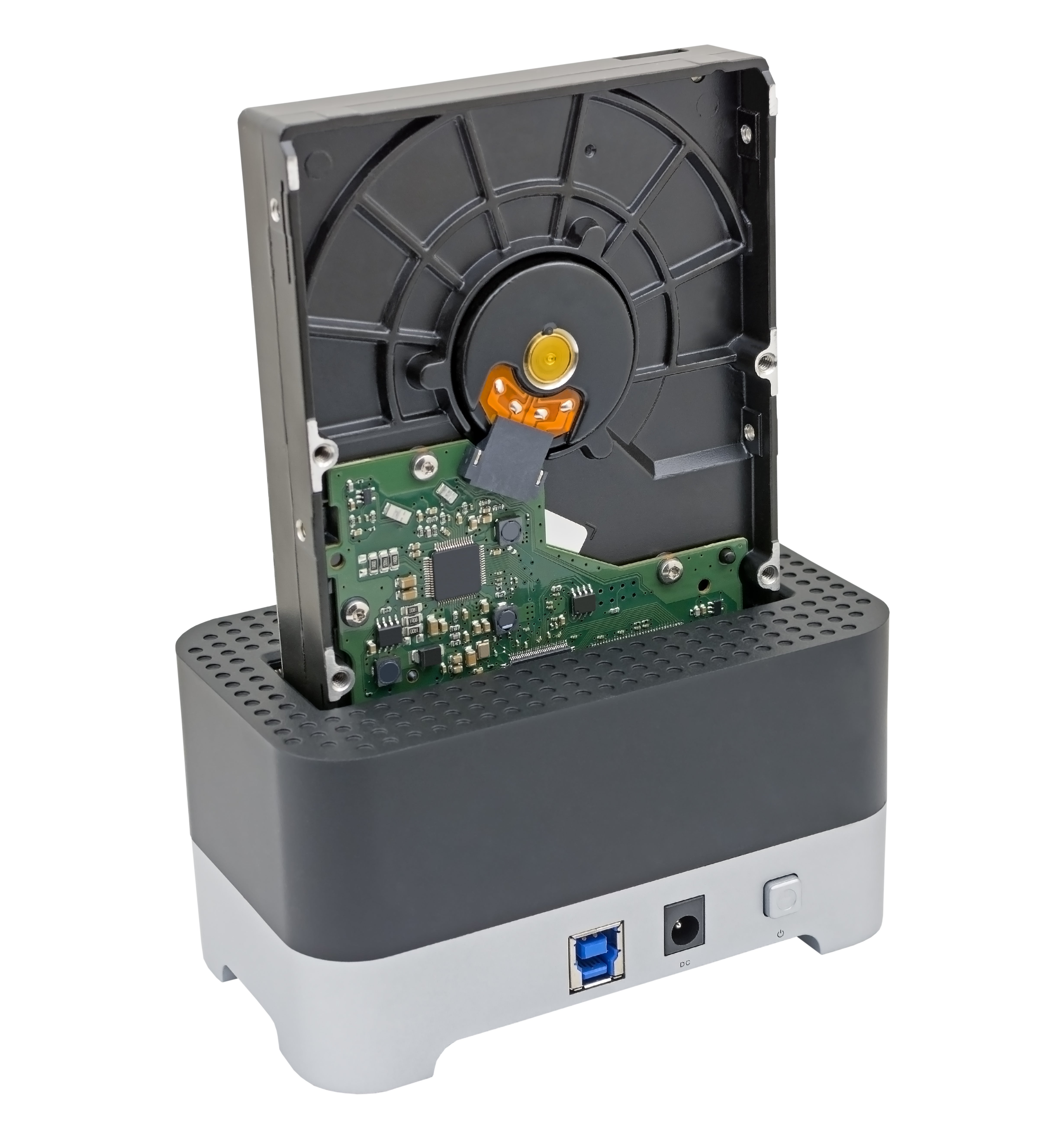 Install your old desktop’s hard drive into one of those, connect the enclosure to a new desktop or laptop via USB, and you should be able to access all of your files. Save whatever you want, wipe the drive, and send it—and your old system—off for recycling when you’re done.

While this sounds like a process, removing a hard drive from your desktop PC is as easy as disconnecting a few cables and unscrewing four screws. Take care not to jostle the drive too much as you’re taking it out. Don’t turn it upside-down or anything crazy like that, and make sure you’ve touched the site of your (metal) case to discharge of any static electricity before you go fiddling with your system’s insides.

Were I you, I’d go that route because it’s easy and it saves you money. Instead of spending $30-50 on a display you’ll never use again, you can pick up a docking station that you could definitely use at some future point, whether you’re pulling files off another drive, copying files over to a bare backup drive, et cetera. It’s infinitely more practical than a crappy old display, but it requires slightly more legwork for your situation. You can do it. I have faith.