Get Your Kid Into Poetry With These Books 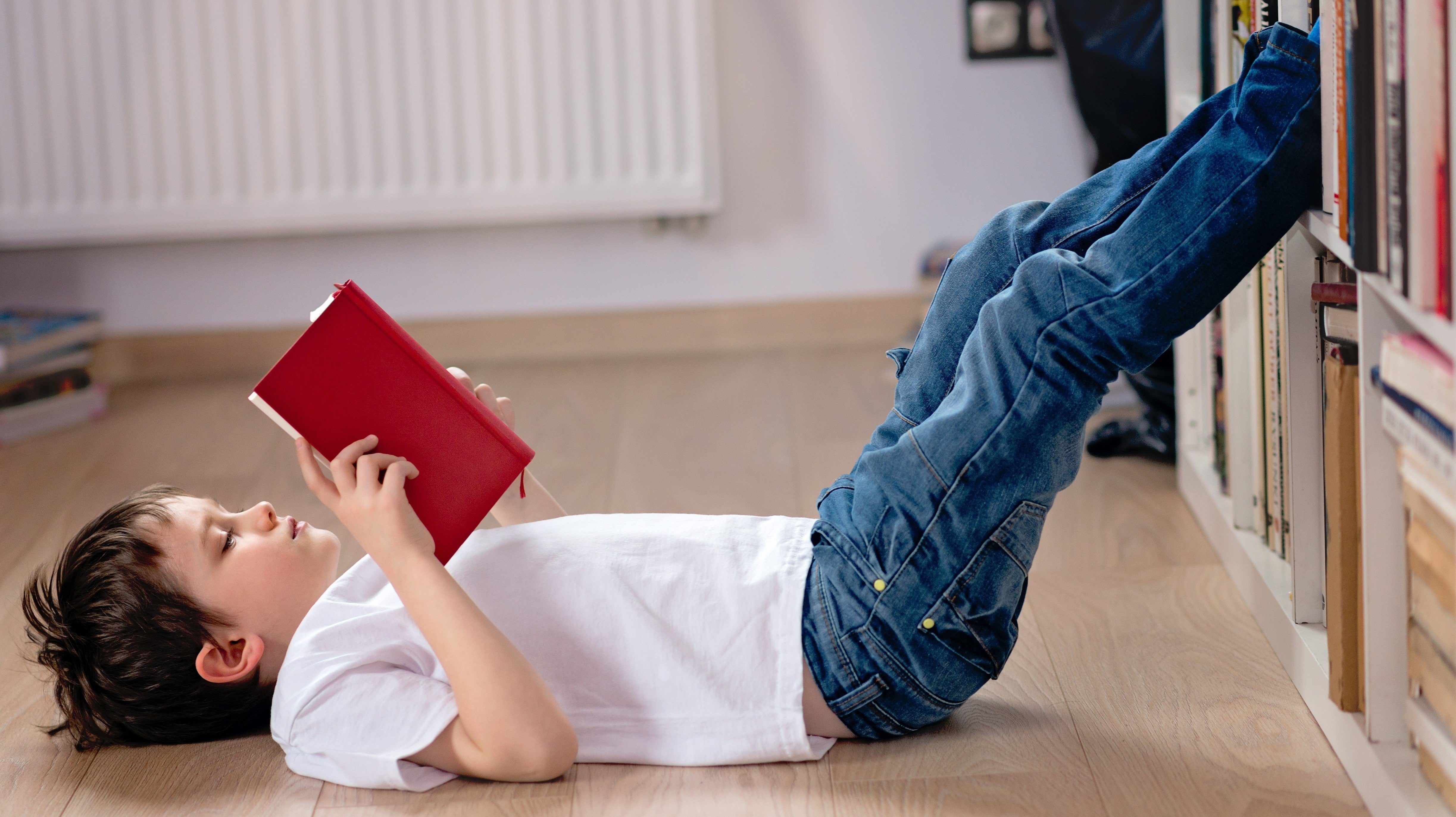 Photo: Shutterstock
Facebook may have decided that you shouldn’t see the news, but we think you deserve to be in the know with Lifehacker Australia’s content. To sign up for our daily newsletter covering the latest news, hacks and reviews, head HERE. For a running feed of all our stories, follow us on Twitter HERE. Or you can bookmark the Lifehacker Australia homepage to visit whenever you need a fix.

The poems we read over and over again in our childhood can stay with us for the rest of our lives. April is National Poetry Month in the U.S., which makes it a good time to introduce your kids to the wonders of poetry. But the fact that so many of us are in isolation at the moment—and the kids have read through their personal libraries five times already—makes this April a particularly good time.

It can be tough to find the right collections, though. What poems are most appropriate for kids? What will they like the most? How do I even get my hands on them right now?

A good place to start: If you loved the poem when you were young, sharing the book with your child will make the experience extra special. Here are some of my favourite poetry picks for kids, with some help from the Offspring Facebook group.

Where the Footpath Ends by Shel Silverstein

Have you heard of tiny Melinda Mae,
Who ate a monstrous whale?
She thought she could,
She said she would,
So she started right at the tail.

Do you recognise the opening lines of “Melinda Mae”? It remains one of the only poems I have completely memorised, and it’s from the universally loved Where the Footpath Ends.

Silverstein’s poems are a ridiculously fun mixture of unexpected situations (like the aforementioned whale-eater), rhyme and rhythm. Plus, his collections are studded with silly line drawings for tots who may prefer the art to the poetry.

But beware of this compilation: One parent from our group warns there can be some downsides to Silverstein.

“I read a unicorn one to my unicorn-obsessed five-year-old, and (Silverstein) says unicorns aren’t real,” Carrie says. “She was crushed, but then decided it wasn’t true.”

You may better recognise Milne as the man behind Winnie-the-Pooh, and Now We Are Six brings that reverence for youth to poetry (including a few about Christopher Robin and his silly ol’ bear). Group member Tobey said her copy of the book has spanned generations.

“My mum used to read it to me, and I pulled out an ancient copy that used to be hers when she was young (she’s in her 80s) on a whim and read a few to my three-and-a-half-year-old,” Tobey says. “HE LOVES IT. There is something about Milne’s writing that children really seem to connect and relate to. It’s simple and oddly sophisticated at the same time.”

One of her favourites is called “Binker,” about an imaginary friend:

Binker isn’t greedy, but he does like things to eat,

So I have to say to people when they’re giving me a sweet,

“Oh, Binker wants a chocolate, so could you give me two?”

And then I eat it for him, ‘cos his teeth are rather new.

Now We Are Six was first published in 1927, and Tobey points out that some of the poems are a bit outdated. She skips those or even uses them as a conversation-starter. For example, in “The Old Sailor,” Milne writes about “an old sailor my grandfather knew,” who had so much he wanted to do that he never started anything:

Then, because of the weather, he wanted a hut

With a door (to come in by) which opened and shut

(With a jerk, which was useful if snakes were about),

And a very strong lock to keep savages out.

The “savages” aren’t a focal point in the poem, but, Tobey says, the reference startled her. With Milne, however, the good far outweighs the bad.

“His poems are really inspiring and silly and so easy for kids to relate to,” she says. “Some are downright mindless, in a good way, and some are really empathetic of childhood experiences generally.”

Anything by Dennis Lee

Group member Jen loves the poet Dennis Lee, especially his books Garbage Delight and Alligator Pie. She read them growing up in the 1970s and ’80s, and she read “Good Night, Good Night” to her daughter daily:

The dark is dreaming.

Read-Aloud Rhymes for the Very Young edited by Jack Prelutsky

“He likes the rhyming a lot and seems to like that they are short and easy to memorise,” she says. “He has several he will repeat often.”

Rachel likes the illustrations and that the poems make her think differently about various aspects of childhood. “I Can Be a Tiger,” by Mildred Leigh Anderson, lists all the things a child can’t do without permission:

When they say no,

And I can’t go riding

In my shiny new shoes,

But I can be a tiger

“It’s a good reminder for me of just how many rules there are for kids in this life and how hard that must sometimes feel,” Rachel says.

Though he may be better known as a writer for adults, group member Clovis names Hughes’ work for kids as some of her favourites.

Poetry for Young People, edited by David Roessel and Arnold Rampersand, for example, has 26 poems ideal for kids from 8 years old through high school. The book offers more than poetry: Each poem has a brief introduction, providing backstory or explaining terms that might be unfamiliar. At the start of “When Sue Wears Red,” for example, we learn that Hughes wrote this poem for a girl he knew in high school.

A queen from some time-dated Egyptian night

With states throughout the country closing their public libraries to halt the spread of COVID-19, getting your hands on poetry collections might not be so easy at the moment. Luckily, there are plenty of online resources that can help.

You local library may offer a digital borrowing service, even if it remains closed. Do some research online and find out what services you can stil access.

YouTube has a plethora of poetry options, ranging from highly produced performances to simple recitations. Poet Valerie Bloom, for example, is known for her performances, like this one of “Kisko Pop.” She even gives some background to the poetry, such as by explaining what a Kisko Pop is (they’re Jamaican popsicles). Bloom is energetic and fun, a natural at entertaining children.

You can also find Dennis Lee’s work in video form, set to soft music, which is an ideal background for reading to your children.

Hundreds of picture books are available on the app, and the website says it adds more regularly. Current titles include poems from Where the Footpath Ends and by Janet Wong and Lewis Carroll.

Poets.org, run by the American Academy of Poets, which is the group behind National Poetry Month, provides access to thousands of poems, and the website is exceedingly simple to use. It even provides lists of poems that are appropriate for young people, like a selection for Women’s History Month that includes Ada Limón’s “How to Triumph Like a Girl”:

how they make it all look easy,

is as fun as taking a nap, or grass.

The Poems for Kids page categorizes its poetry by groups, such as Animals, Sports, and Myths and Fairy Tales.

National Poetry Month bills itself as the world’s largest literary celebration—and since you can’t leave your home, you might as well join in the celebration.