I swear these pictures are not fake. I grew baby corn in my back yard, and it was easy. All you have to do, to grow baby corn, is fail at growing real corn.

Start by buying a packet of seeds (look for one with a picture of corn on the front). Plant the seeds, either according to directions or just however you want. My four year old put about a dozen seeds in a small pot, and then left it in a corner of the garden where the roots grew through the bottom of the pot and anchored themselves probably kilometres underground. So you could do that.

Actual gardeners say that corn needs plenty of room and should be fertilised with lots of nitrogen. But who are you going to listen to, real gardeners or a four year old? 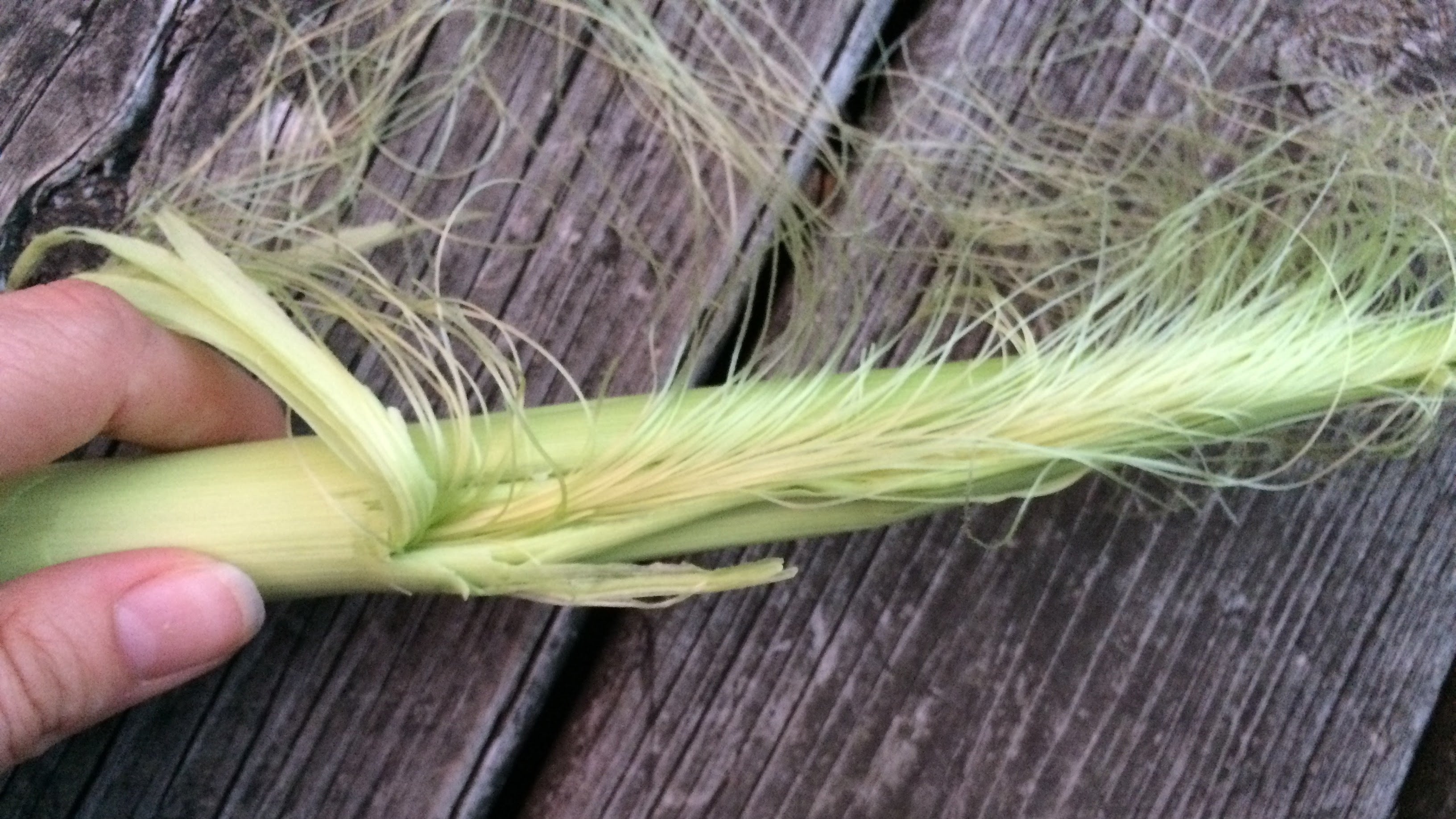 We planted ours in late May. I noticed the first baby ear of corn yesterday, August first. By that point, it had a big tuft of corn silk at the top. (The ear of corn grows in the middle of the stalk, not at the top. Look down.)

If we had planted the corn in a grid pattern, eventually the wind would have blown enough pollen from the tops of the plants to fertilise each strand of corn silk on a neighbouring plant. Each strand leads down to a single kernel, and a fertilised kernel grows fat and sweet. 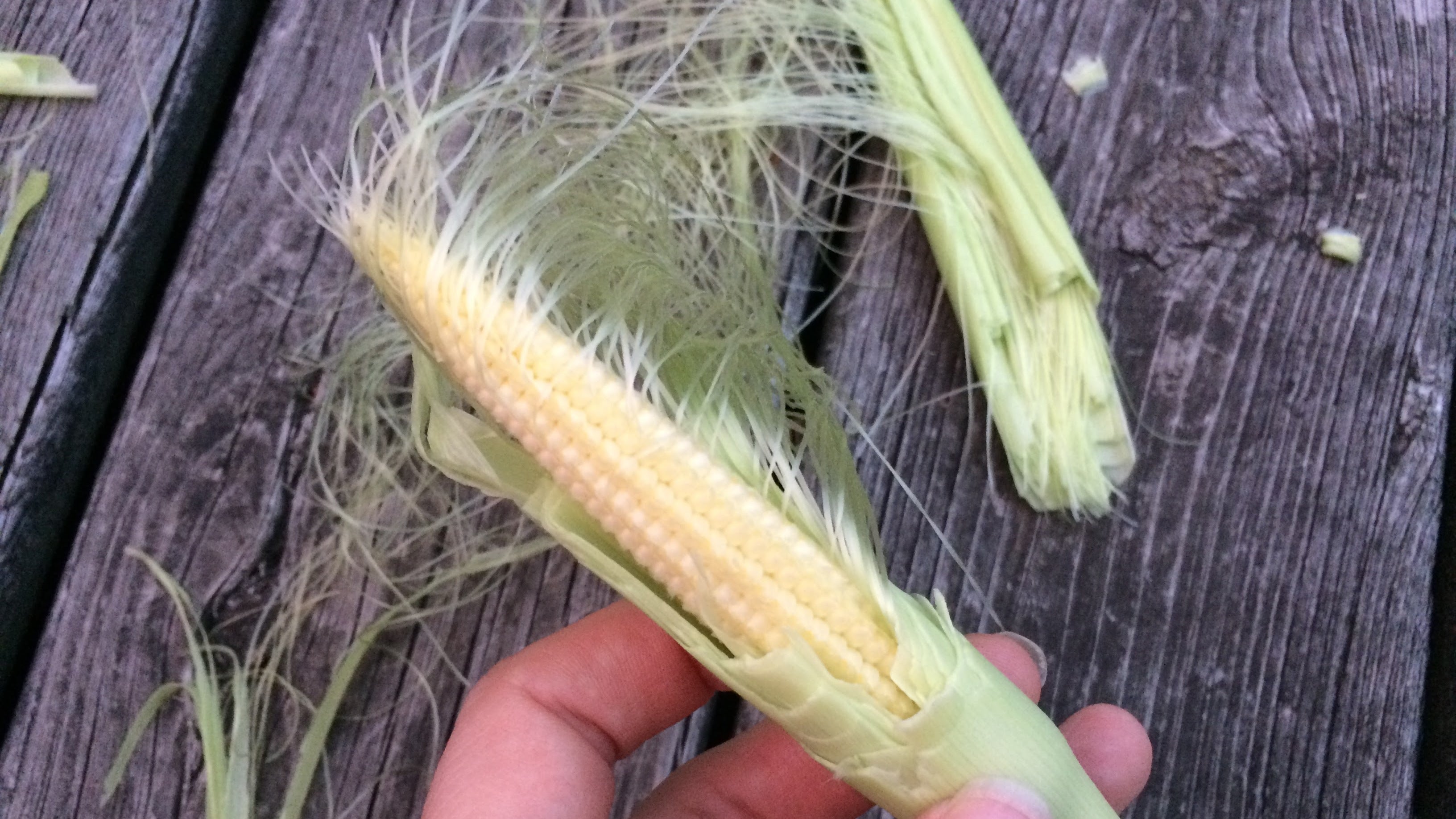 Right when that first ear puts up its tuft of corn silk, rip it off the plant. Peel open the husk, and there it is: your baby corn. Congratulations, you grew a 1.8m-tall plant just to harvest a 10cm ear of baby corn. There’s a metaphor in there somewhere.

Canned baby corn has been boiled and salted, so feel free to do the same. Your homegrown baby corn will taste just like that except fresher. It’s crunchy, aggressively bland before you salt it, and just a tiny bit sweet. Enjoy.