How To Spot Fake Coronavirus Facts

With the novel coronavirus outbreak occurring in China, the internet has been a great way to communicate awareness about the spread and how to minimise the risk of contracting it. But it’s also revealed some of the darkest aspects of the web, including the spread of misinformation and outright false information. Here’s how you can spot the difference.

What’s been circulating about coronavirus?

As novel coronavirus, or nCoV, is a new virus never before observed, health authorities around the world have been hesitant to release new information about it before being absolutely confident of it. This makes sense for the average person as releasing information and preventive measures before the virus is fully understood can cause more harm than good. On the other hand, it has also fuelled internet conspiracies and outright lies being perpetuated on online forums like Twitter and Reddit.

In my Chinese moms chat group, we discussed how to brace ourselves and the kids for the inevitable wave of racism coming our way as this unfolds.

Many of us have never even been to China but know we will not go unscathed. https://t.co/hz7YCPjyb5

In Australia, one social media post alleged certain foods and areas of Sydney should be avoided because they contained ‘positive readings’ of the virus. Aside from being fraught with misspellings and outright racist claims, the virality of it was enough to force NSW Health to deny the fake stories circulating.

2/2 Further, there is no such entity as the “Department of Diseasology Parramatta”.

NSW Health would like to assure the community that the locations mentioned in this post pose no risk to visitors, and there have been no “positive readings” at train stations.

Others on Reddit have claimed to receive WhatsApp messages alleging certain suburbs in Sydney have had confirmed infections — which is untrue — while a Queensland MP posted to Twitter a fake email claiming to be from the state’s health department.

This media release is 100% FAKE!!! FAKE!!! FAKE!!! I don't normally like to give any credence to ppl who seek to malign our community but wanted to make things clear this time.

While the misinformation and fake news is all over the internet right now, the most visible places to see it include the popular forums, Twitter and Reddit. On 29 January, Twitter announced it has methods in place to deal with the spread.

“We’ve launched a new dedicated search prompt to ensure that when you come to the service for information about the #coronavirus, you’re met with credible, authoritative information first,” the post read.

“We’re halting any auto-suggest results that are likely to direct individuals to non-credible content on Twitter. This is an expansion of our #KnowTheFacts prompt, which we specifically put in place for the public to find clear, credible information on immunization and vaccination health.” 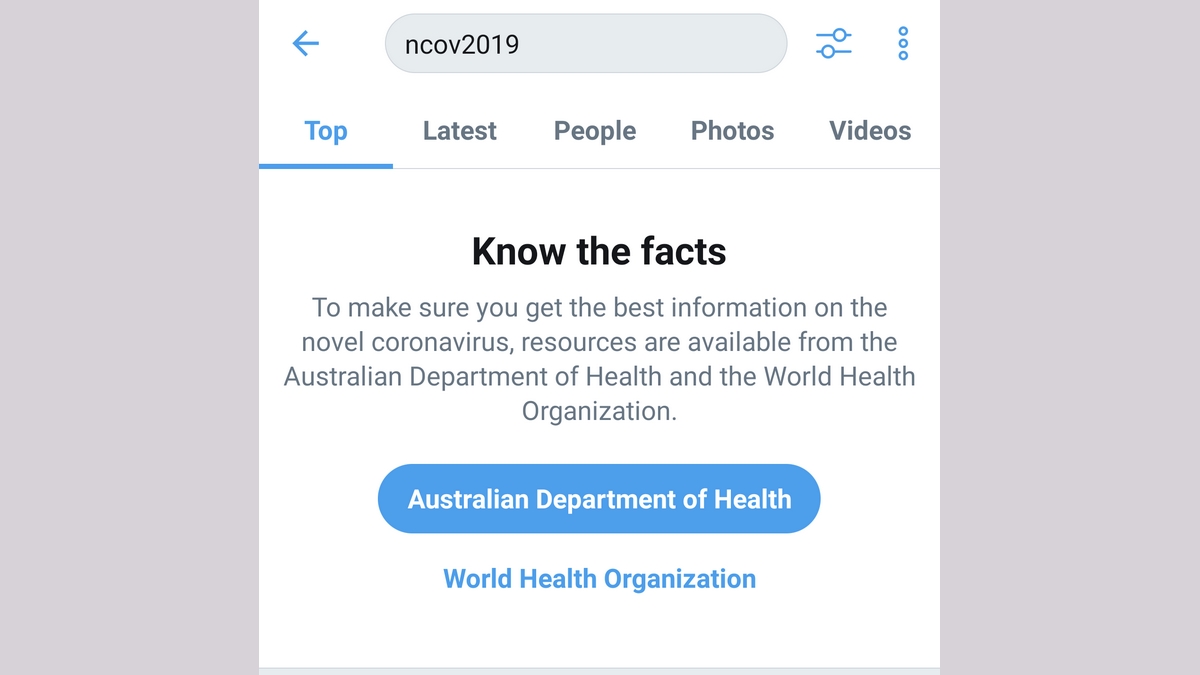 Over on Reddit, there’s a concerted effort too. Threads in the coronavirus sub-Reddit are clearly tagged with a number of filters, including the “Rumours – unconfirmed source” tag to help browsers differentiate conspiracies from confirmed information.

We’ve contacted Reddit to confirm how filters are determined, how frequently they’re checked and if there are any methods being used. We’ll update the article once it responds.

What can I do to tell truth from fiction?

While it helps when moderators or governments stop misinformation from being spread in the first place, there are a few ways to help inform your own filter as you sift through the new information that’s consistently coming through. For starters, with the aforementioned cases, a quick Google search of the “Department of Diseasology Parramatta” would reveal quite quickly there’s no such thing.

As University of Salford’s Beth Hewitt shared in a Conversation article in 2017, here are some other simple tips:

But if you do come across something as obviously nefarious as some of the viral messages, it’s pretty simple to dismiss it as an obviously fake post. Some of the other examples, like ones posted to Reddit that attempt to back up their claims with “real evidence”, need to be analysed a bit more finely. As humans, we’re naturally suspicious of authority and in some situations, an anonymous person’s claim that something’s being hidden from us can make us question “but what if they’re right”.

It’s important to remember to use your better judgement and doubt everything until definitive proof is shown. Proof can be pretty hard to verify on the internet but remember, if a government department or a respected media outlet isn’t reporting it as fact, you shouldn’t either.

How Contagious Is The Wuhan Coronavirus And Can You Spread It Before Symptoms Start?

Cases of the Wuhan coronavirus have increased dramatically over the past week, prompting concerns about how contagious the virus is and how it spreads.