Never Miss A Flight Again With These Tips

In a recent story for the Atlantic, staff writer Amanda Mull described two kinds of travellers: those who arrive for a flight at least a few hours in advance—and those who actively enjoy the adrenaline-fuelled thrill of arriving late.

Yes, some people actually relish waiting in lines and running to their gate moments before the airline attendant closes the doors. But for the rest of us (the majority of us?) the feeling of being late to a flight and rushing through an airport in a panic is literal hell on earth.

Our managing editor, Virginia, recently experienced this nightmare-turned-reality when her shuttle to the airport broke down mid-transit; somehow, between phone calls with the airline and her credit company in attempts to change her flight and get reimbursed, she still managed to make it within 15 minutes of her departure time.

Besides the obvious, like setting an alarm so you wake up on time, below are several ways to make sure you’ll make your flight, which might involve a little bit of prep-work and making sure you pack appropriately.

How much time depends on several factors, including your scheduled departure time, particular airline, and your destination. (Generally, experts advise at least two hours for domestic flights and three hours for international ones; if it’s a holiday, you should allow additional time.)

As we’ve written before, if you’re cutting it close, always be sure to check your airline for check-in and baggage cut off times, too. You can also use resources like iFly and App in the Air to better anticipate how long you might expect to wait at security in advance.

If your flight is about to take off—and you’re still at the hotel and in a chaotic state while packing—you should consider taking your bag as a carry-on, so you can skip the entire check-in process at an airline counter and proceed right to security. (To do this, you’ll also have to check in online, too, which will save you some time from obtaining a physical boarding pass.) You’ll have to consider a few things before re-packing, like ditching any liquids and whether the size of your bag is even suitable as a carry-on.

And while you’re at it, keep any liquids you do bring in a separate plastic bag and at the top of your carry-on so you can easily remove it while entering security. (And make sure your laptop and other electronics are accessible, too.)

When you’re running late, always make sure to check for traffic so you can find the best possible route to the airport. You should also make sure to download your airline’s app if they have one for several important reasons, too.

For one, you generally can find both your gate number and boarding time on the app. If there are any changes, you’ll also be alerted of these. (You can usually use an airline’s app to find out about any possible delays, too. And if you’re already in dire straights, you can use the app to re-book a flight last-minute, at least.) Just make sure to enable push notifications so that you’ll be alerted in the event of changes concerning your flight.

If the airport is unfamiliar, also be sure to do a quick online search for its map, so you can easily locate your gate. 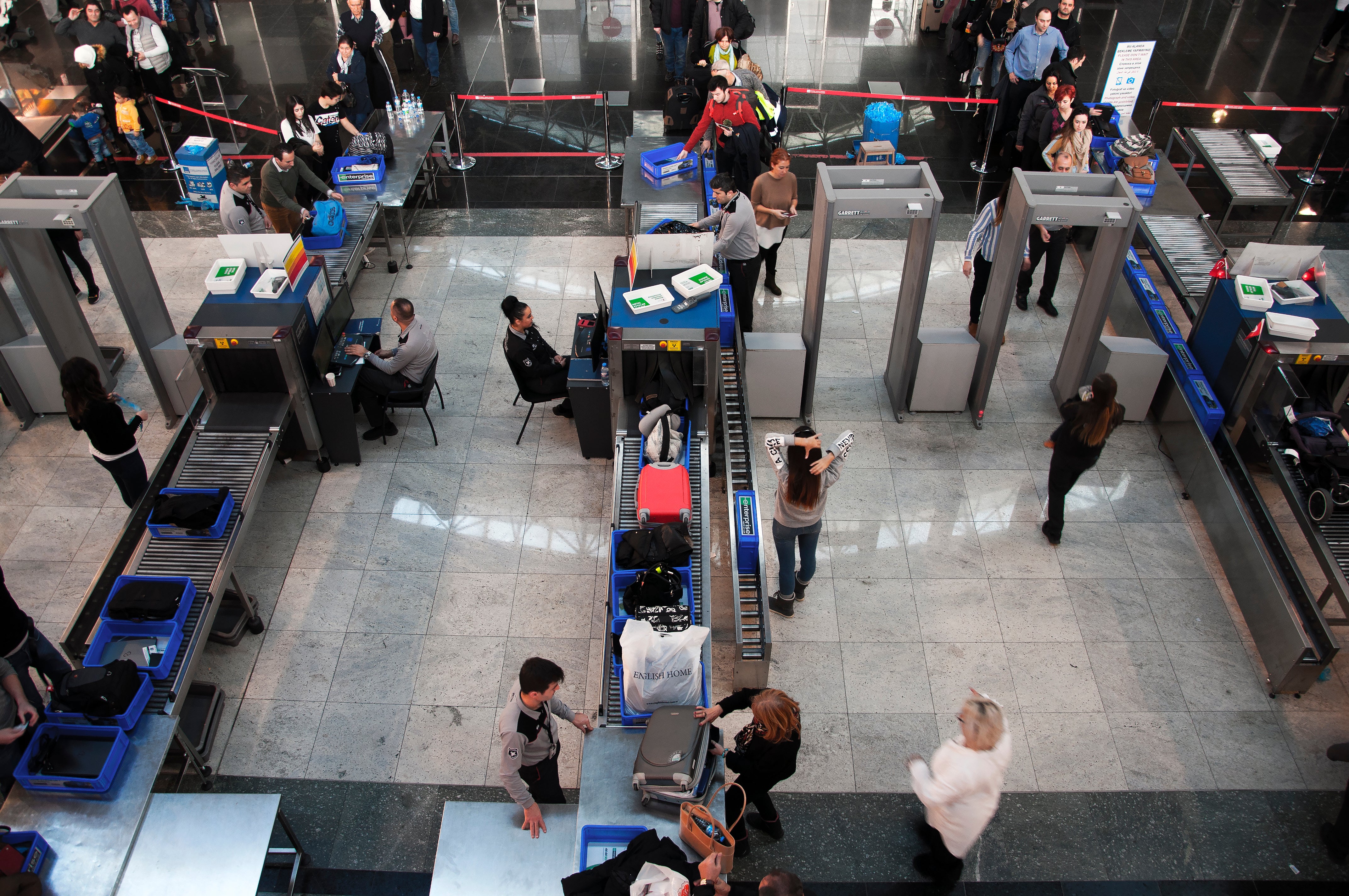 While there are no official rules regarding what airline staff can do, if your flight is about to take off, they might be able to escort you to the front of the line at check-in or security. (At the very least, you might have to plead with other travellers to get there, so kindness and politeness can go a long way.)

On Reddit, some users even suggest trying your shot at the priority line at security and explaining your circumstances to staff. If it’s a tight connection you’re late for, make sure to inform a cabin attendant so they might be able to help you deplane before other passengers enter the aisle, too.

And if you do miss your flight, well, here’s our guide on that, too.