How To Tell Someone To Get Off Their Phone 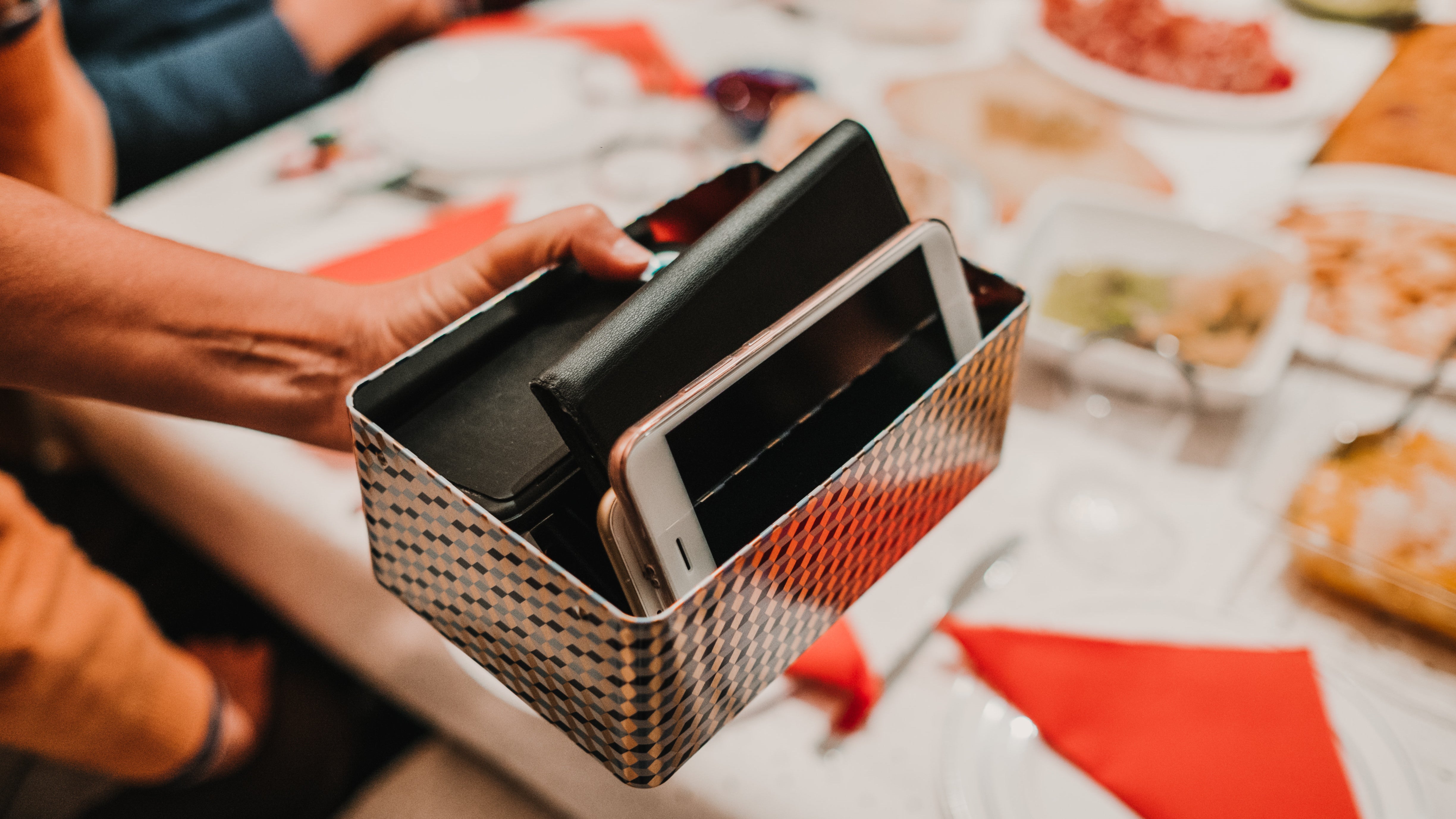 Smartphone addiction is real. According to a log of my screen time, in the last seven days, I spent three hours and 15 minutes a day on my iPhone (and over 22 hours in total last week — almost an entire day). And I’m not alone. Our social media producer, Tim, spent three hours and 36 minutes a day on his phone last week. Joel, our senior video producer, only relied on his phone for under two hours a day. (“I have a lot of life to live,” he claimed.) Our other video producer, Abu, has beat us all so far at just over four hours daily.

When you’re with someone who can’t seem to take their eyes off their smartphone (e.g. any of the Lifehacker staff), it’s probably frustrating — you shouldn’t have to fight for an individual’s attention when you’ve agreed to meet. Things get even more complicated when you’re dealing with, say, work colleagues or while on a date. You probably don’t know each other well enough to tell them to lay off their phones.

If you want to tell someone to get off their smartphone without being a total dick about it, be honest — chances are that they’ll understand and be willing to put down the phone, if even just for a moment.

Be honest without being confrontational

If someone can’t seem to take their eyes off their phone, the simplest thing to do is to ask what’s distracting them. If they’re busy texting or browsing their Twitter timeline, chances are they’ll share what’s keeping them from your conversation. If it’s important, it’s possible you shouldn’t take it personally. At the very least, you can easily segue back into an actual conversation. (“Oh, that reminds of this thing I read about..”)

Or as Tech Crunch recommends, ask them any question, even one unrelated to what’s distracting them or the prior discussion at hand. “Posing a direct question does the person a favour by pulling him back while sending a clear message,” Nir Eyal writes. “…If there really is an emergency, the person can excuse himself — but more often than not, he’ll tuck it back into his pocket and start enjoying the night.”

If this doesn’t work, or they quickly revert back to their screen, it’s time to be a little more upfront and explain that you want their undivided attention. One recommendation, as Fast Company writes, is to remain respectful of them while getting to the point. They suggest using some version of “Hey, is now still a good time to talk? I see you’re doing something important on your phone, so maybe you need to do that first.”

Depending on who you’re with, you may not have to be so formal in communicating this. If it’s a good friend, you might be a little more blunt. (“I know you’re busy, but can you put your phone down for a second?”) Any reasonable person should understand your request.

Agree to put phones aside

But sometimes, honesty can only get you so far when your friend or colleague is addicted to their smartphone; they might pick up their phone again at any indication they’ve received a text or notification. In this case, you have a few options.

If it’s a friend, agree to a “no phone” rule when meeting and set aside your mobile devices. (Hell, even turn them off.) Or find a setting where there’s a mutual distraction — a board game or an episode of a show you both watch — which will (or should) force them off their phones.

And if they still won’t put their phones aside, perhaps it’s time to even reevaluate your friendship or whether these meetings are valuable to you. If this particular person is addicted to their phone, maybe it’s just a relationship best preserved over email and text.