Stuff Your Leftovers Into A Brekkie ‘Crunchwrap’

Gather ‘round, my little trash pandas, for I have a treat for you: the Leftovers Crunchwrap Supreme. I am a genius, and I am also a little gross.

I like to get creative with my leftover food. This usually means mushy soup, but this year it means Crunchwraps, because I’m very, very tired and Crunchwraps are very, very good. 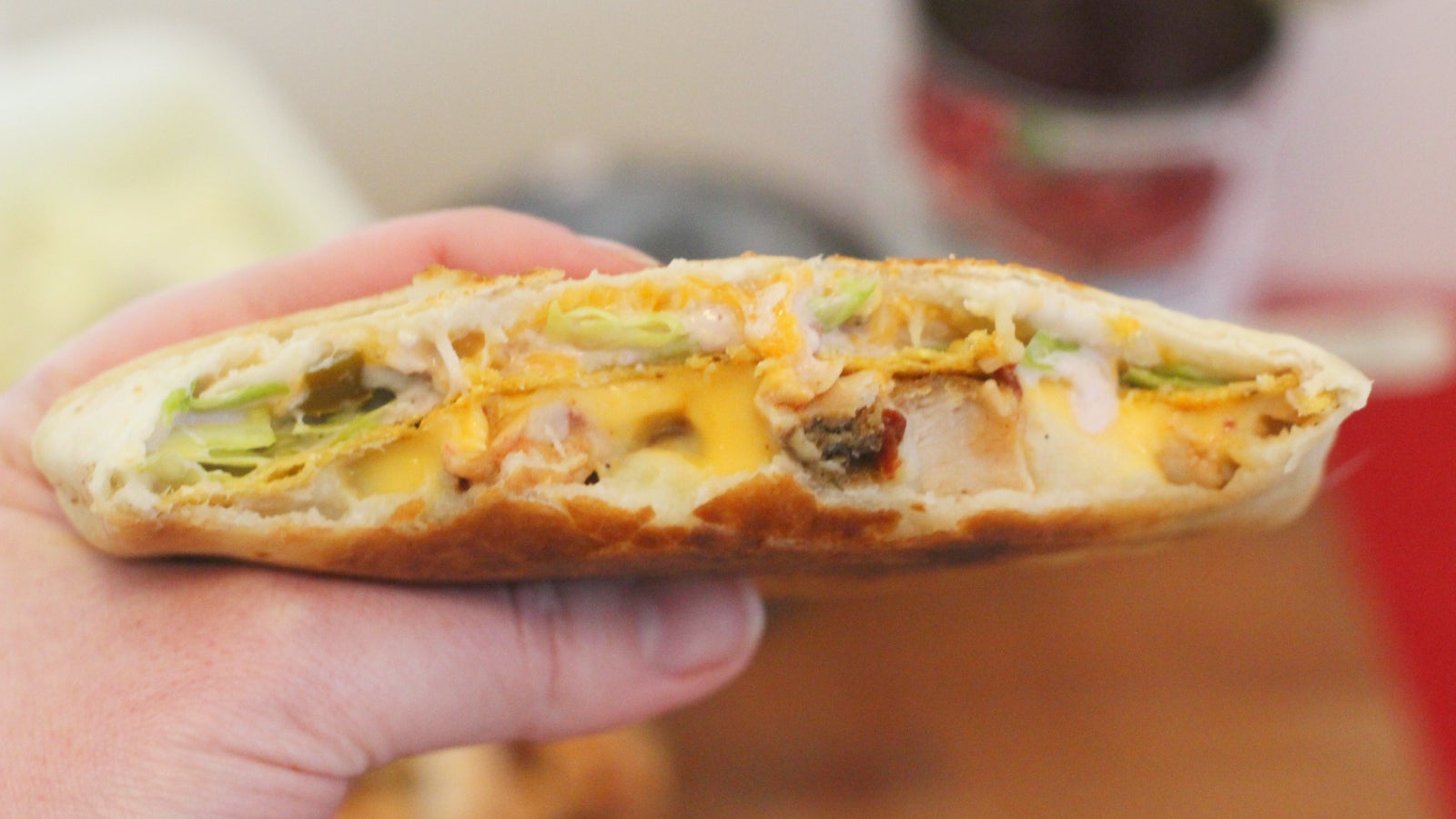 Feel free to modify your Crunchwrap Supreme as you see fit. (Have some green beans? Toss them in there! Want to use sweet potatoes instead of mashed? By all means, comrade.) Mine starts with a foundation of mashed potatoes, and is stacked with turkey and a cranberry jalapeño sour cream. Also there is lettuce.

To make two of these culinary delights, you will need:

Chop the chipotle pepper into little pieces and mix it with the meat, adding more sauce from the can if desired. Place the meat on a plate, along with the mashed potatoes and microwave both for about 30 seconds, until they are hot.

For each large tortilla, spread the hot potatoes in the center, making a potato circle that is slightly smaller than your tostada shells. Place half the meat on top of the potatoes, then place half of the cheese slices on top of the meat.

Mix the sour cream, cranberry sauce, and as many diced jalapeños as you crave in a small bowl, then spread half of it on the top. Sprinkle on half the shredded cheese, then some lettuce, then gently fold the tortilla in on itself in a circular pattern — this should take about five folds total.

If your tortilla is not quite big enough to wrap completely around the tostada, place a small piece of tortilla in the centre of the lettuce before wrapping it up. Repeat to make a second.

Melt half the butter over medium heat in a nonstick pan, then place the Crunchwrap — seam side down — in the pan and fry for four or five minutes, until it is browned on that side.

Carefully flip it over, adding more butter to the pan if needed, and cook for another three minutes or so, until that side is nice and brown. You could put your ungodly creation on a plate at this point, but there’s really no need. As any Crunchwrap connoisseur will tell you, these babies are good to go.