How To Deal With Cat Allergies

I spend at least an hour a day scrolling through my Instagram feed, looking at pictures of cats. I send photos of cute rescue cats with names like ‘Moo’ and ‘Bathmat’ to my friends. I ask people about their cats a lot, too. “Does she shed a lot? Can you send me photos?”

The thing is — I’m severely allergic to cats. If I pet my friend Suvi’s cat, Graham, my eyes will swell shut. If I stay in a room with Graham too long, I’ll have trouble breathing.

I’d always wanted a cat, and very recently, was confronted with an existence without my very own Graham. Is there anything I can do to cope with a cat allergy as a prospective owner? As it turns out, yes, but it’ll be a long road ahead. 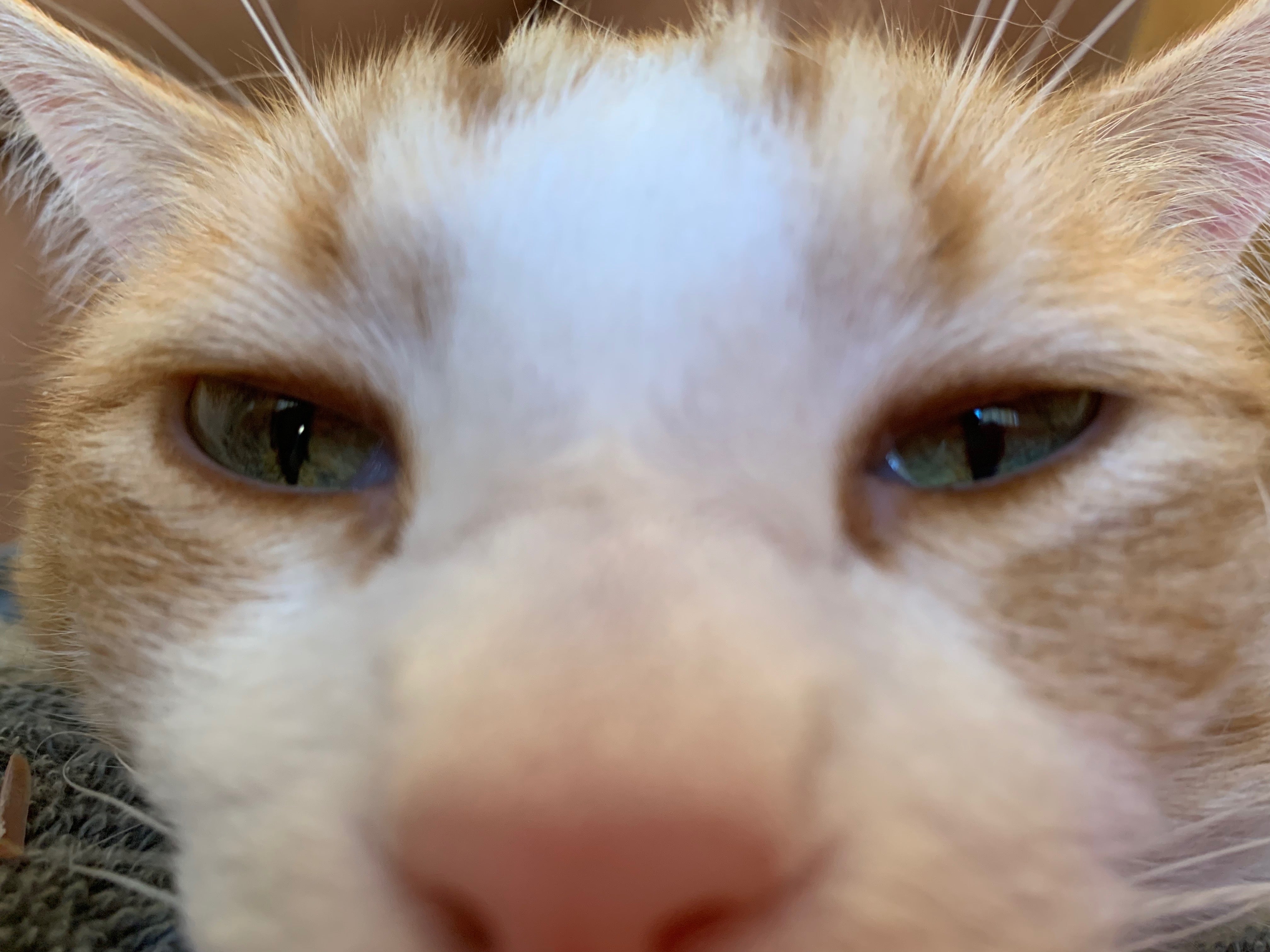 This is Graham! (Photo: Suvi Gupta)

Confirm your allergy with a doctor

According to David Erstein, an allergist-immunologist at Allergy and Asthma Wellness, if you’re unsure if you’re allergic to cats, usually, there are some pretty obvious symptoms.

“If you’re going into a home with cats, feeling off, congested, or sneezing, chances are you’re allergic,” he said. “Some people can have other reactions including asthma issues. That’s where we fall into bigger problems.”

But if you want to be absolutely 100% positive, seeing a doctor is probably your best bet. “The easiest thing to do is to see an allergy doctor so you can do a quick allergy test,” he said. “The test can be performed in a couple of minutes, and after about 20-30 minutes, you get to figure out if you have any allergies. It’s a pretty safe test to do and is the most objective way to get a professional’s opinion.”

Once you’ve confirmed via an allergy test, it then becomes your decision whether or not to adopt and endure a life of sneezing. And if you are, you do have some options when it comes to lessening your nightmarish reactions.

How To Date When You Have Food Allergies

Dating’s hard enough. Add a severe food allergy and the prospect of a swollen air passage in the middle of a date, and not only have you found the holy grail of romantic disasters, but you’ve landed square on it and without a parachute.

So you’re allergic and decided to adopt a rescue cat anyway, hurray! According to Erstein, your first few steps should be to practice some good allergy reduction strategies, which involves setting up your home appropriately.

First, you’ll have to set some ground rules with the cat, he said. You’ll want to make sure the cat doesn’t have free reign in the house, and keep them out of areas like the bedroom, so you aren’t going to sleep with cat dander in the room.

Your next step should be to purchase an air purifier with a HEPA filter or High-Efficiency Particulate Air filter, he said. Devices with a HEPA filter help remove allergens in the air. “Cat dander is one of the smallest types of allergens out there. It’s very airborne and remains suspended in the air for a while,” he added. “That air purifier will be able to filter out that dander. It should be running non-stop in the home, where your cat is, and where you frequent.”

And lastly, if it’s possible, bathe your cat one to two times a week—yes, for some cat-owners, attempting to bathe them is a death wish, so only do this if you aren’t at risk of getting injured in some way. And of course, wash your hands whenever possible. “The things people are allergic to in cats could be in their skin, in their fur, their saliva,” he said. “Make sure you wash your hands and don’t touch your eyes or you’ll be suffering.”

Use over the counter medications

According to Erstein, your next step to try over the counter medications. “People can take daily oral antihistamines and steroid nasal sprays,” he said. “Medications, all in all, are kind of just like band-aids to the symptoms, though. They’re not really doing anything to solve the sensitivity that people have.”

You can also visit an allergist who can prescribe you nasal sprays or other medication, in case these medicines aren’t working.

And if you’re wondering if it’s bad to rely on some of these OTC medications long-term, you shouldn’t be too concerned, according to Erstein. “These medications have been around a long time and they’re well tolerated,” he said “There are rare side effects; sometimes people get very tired or it dries people out. But if you’re willing to put up with it, people can tolerate it though you’re not going to be 100 per cent.” 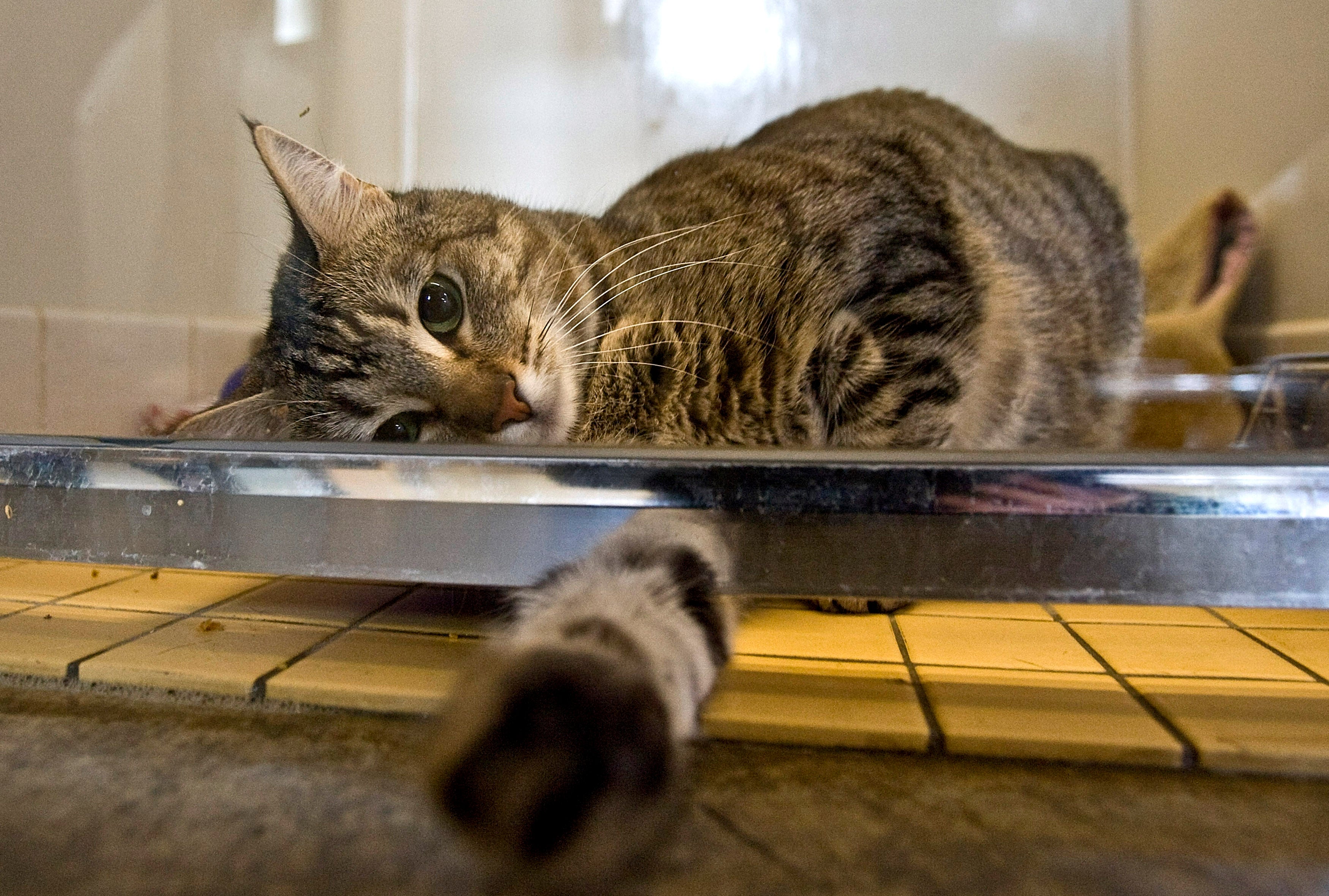 If you want to try something a little more drastic, Erstein recommended seeing a doctor to get allergy shots or immunotherapy. “In essence, we’re giving you shots of your allergies in very small amounts (or microdoses) and every time we give you a higher concentration, we’re building up the amount your body tolerates, almost like a vaccine,” he said. “We call it disease-modifying. It’s a very good way to buildup the immune system, so people develop a tolerance to the thing they’re allergic to.”

These shots, however, come with a huge time commitment and aren’t always full-proof. “They take months before you start to feel benefits,” he said. “The standard way of treating is once a week for six to seven months or so. Eventually, you’re coming in once a month. It’s not a forever thing, but if you want long lasting changes, we recommend people be on it for three to five years. It’s a big commitment and I can’t say that it helps everybody, but we say it helps about 80 per cent of people, but what’s nice is that it also helps things from getting worse.”

How To Allergy-Proof Your Home This Spring

It’s officially spring. Along with the flowers and sunshine, for the allergic among us it’s also the sneeziest, eye-wateringest season. That’s mostly due to surges in airborne pollen, and so when pollen is high, allergic people should stay in inside. </p><p>That’s sensible advice — if your home isn’t a major allergy zone already. Here’s how to make sure the inside of your home actually gets you some relief.

Despite what you may have heard about a certain breed of cat being better for your allergies, for the most part, it won’t make that much of a difference if at all, Erstein said.

“Unfortunately, there’s really no such thing,” he said. “The data isn’t great. There are reports that certain cats like male cats might release more allergens, but all in all, they’re all going to have that dander that you’re reacting to. It’s a little bit of snake oil. Most allergists would just say ‘cross your fingers.’”

As for developing an immunity (or an allergy) to cats down the road, it is possible, though it’s mostly a grey area. Building up an immunity via allergy shots is a better solution than hoping you might develop one through exposure, however.

And if you’re still unsure about adopting a cat, Erstein recommends one simple tool: Spend time with one. “You want to babysit a cat if you can for a couple of weeks, just to see how things are, “ he said. “Take an antihistamine daily, have a nasal spray around, and see how you do. If it’s tolerable, then you can say to yourself ‘I’m OK with doing this.’ And if it’s not tolerable or your symptoms are more severe, at that point you’d really have to ask the question, ‘Do I want the cat enough?’ I have many patients that are willing to do it. They love the cat that much and I get it, I completely do — it’s a tough decision.”