How To Move Your Podcasts Between Apps

I’ve long been a fan of the Castro podcast app, mainly because I paid $7 back when the app was on version 2, which unlocked a subset of features that today’s Castro 3 users can’t get without a subscription. (Ha!) However, Pocket Casts — the Shark to Castro’s Jet — now supports playback on Amazon Echo devices via a useful little skill, which I want to take advantage of around my house to start clearing out my 100+ episode queue.

In other words, it’s time to switch, but the last thing I want to have to do is manually resubscribe to all the podcasts that are currently filling my queue to the breaking point. Thankfully, I don’t have to — nor do you, if you ever find yourself wanting to jump ship from one podcast app to another.

… with one caveat, of course. If you’ve been using the built-in Podcasts app on iOS, or Google’s quirky new Podcasts app-thing on Android, you’re going to have to subscribe to podcasts the manual way in whatever new player you pick. Neither app allows you to export your podcast subscriptions as an OPML file, which is the method I’ll be using to move from Castro (iOS / Android) to Pocket Casts (iOS / Android).

OPML makes it stupidly easy to jump between podcast apps (if they support OPML import/export, that is, which most great third-party apps do). And double-hooray to Pocket Casts — one of Lifehacker’s favourites — for providing a great guide that shows you how to move from a number of other popular podcasting apps, in case you need a little help.

How I moved from Castro to Pocket Casts

Even though I’m using Castro — so my quick example is app-specific — you’ll use the same general process to move between podcast apps. In my case, I pulled up Castro, tapped the gear icon in the upper-left corner to load its settings, and scrolled down a bit to tap on the “User Data” section. 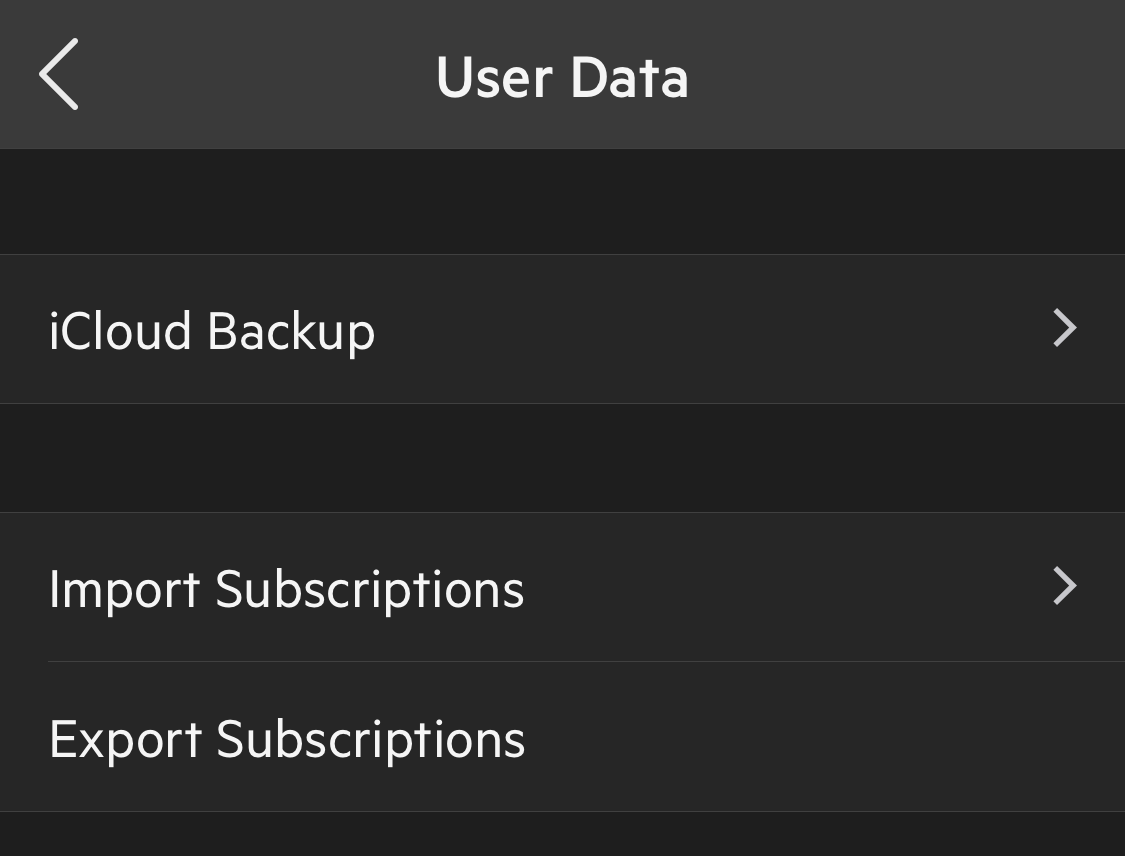 One quick tap on “Export Subscriptions,” and I was able to export my podcasts directly to my Dropbox folder. Easy.

I then pulled up Pocket Casts, tapped on the “Profile” icon in the lower-right corner, and tapped on “Import/Export OPML.” Unfortunately, that didn’t do much of anything, as I was reminded by the app that the only way to actually import an OPML file is to email it to yourself and then open the attachment in Pocket Casts via the iOS Share Sheet. Sigh. 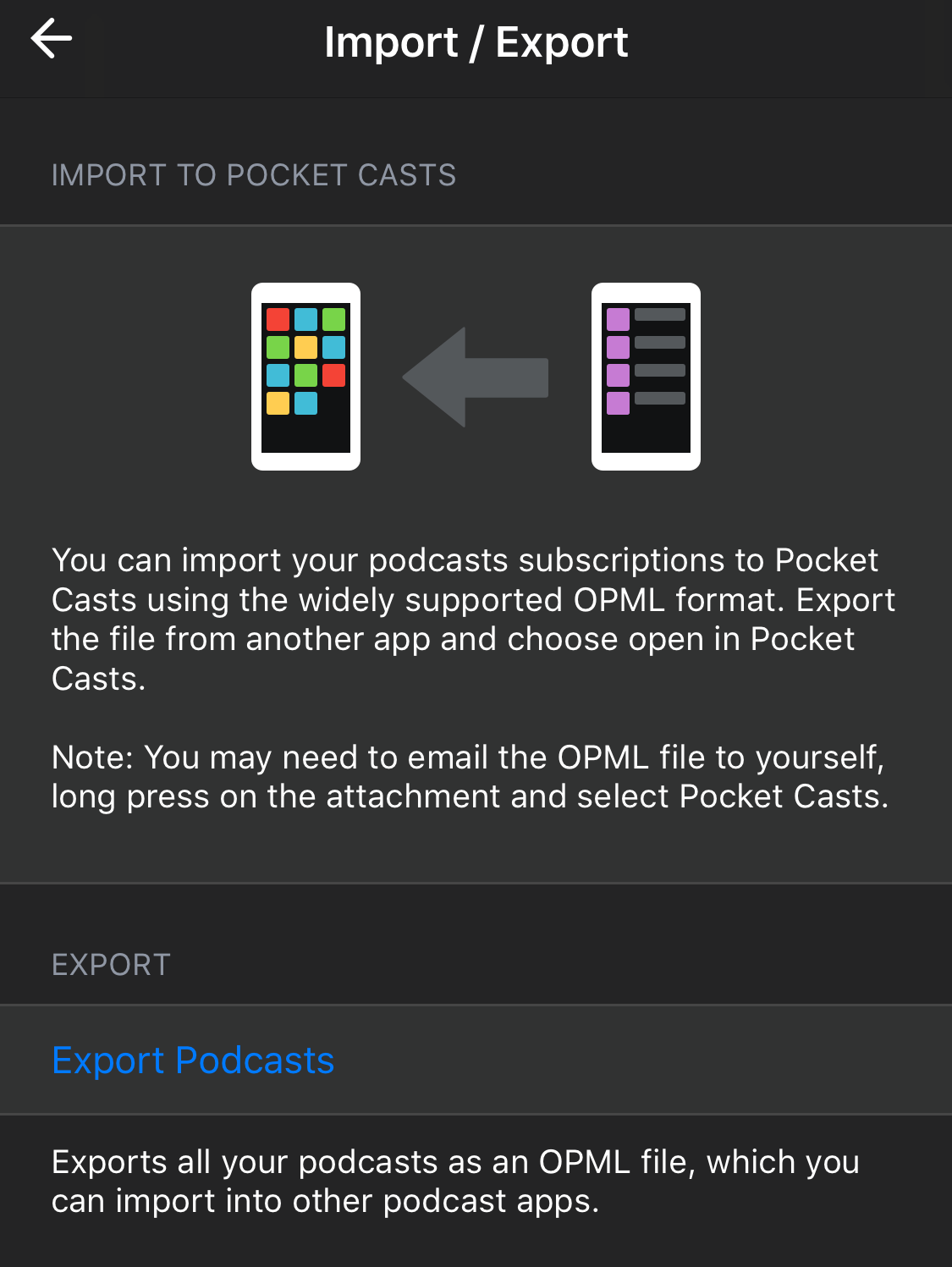 One trip to Gmail later, and I successfully sent myself my Dropbox-saved OPML file. I tapped on it to pull up the raw code, tapped the Share button in iOS, and scrolled right until I could tap on the “Copy to Pocket Casts” option.

This took me to Pocket Cast’s Settings page again, and my podcasts started importing without issue: 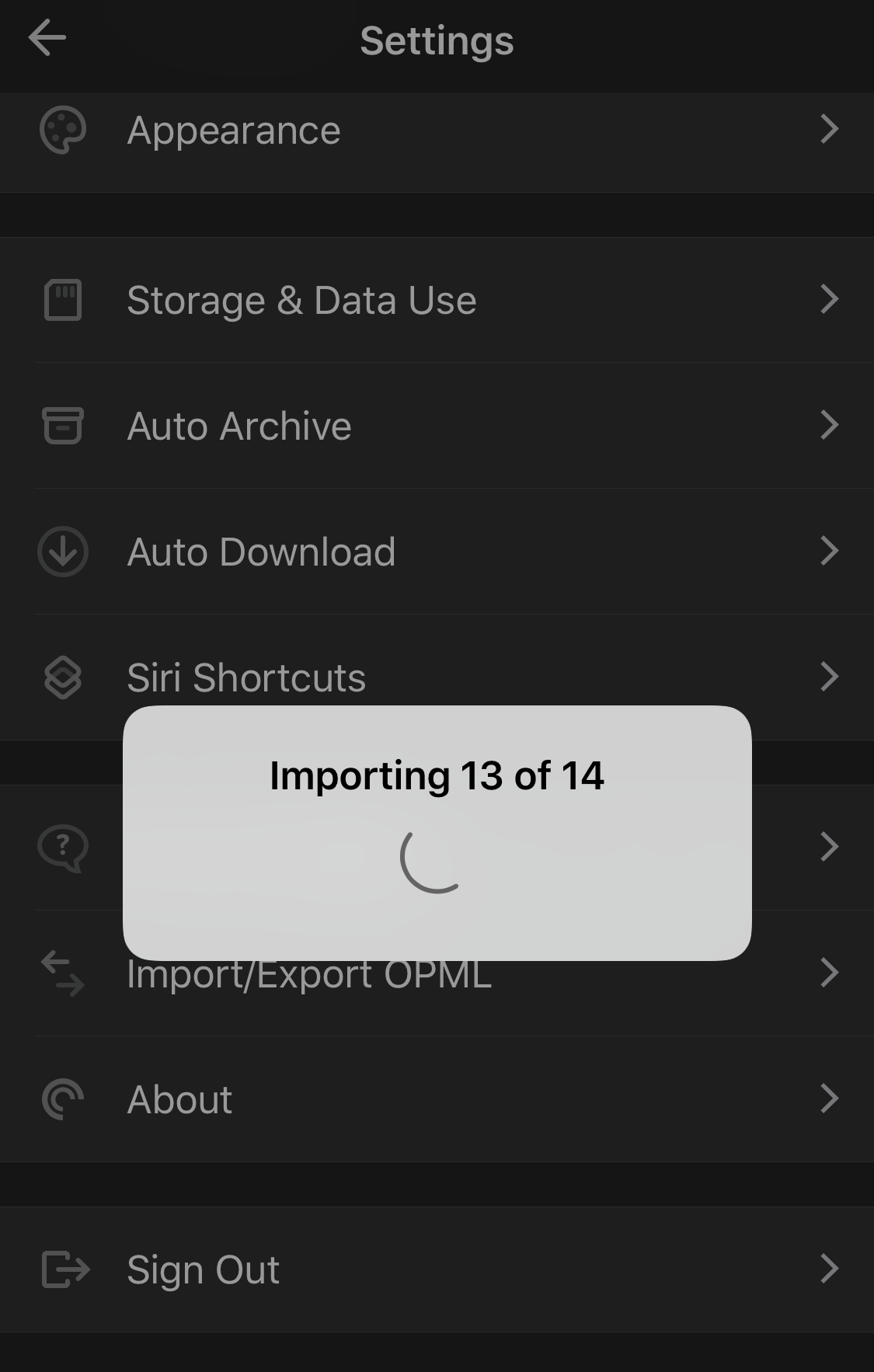 The only issue with this approach — which will be the same no matter app you export from (or import to) — is that you’re only transferring your subscriptions, not podcasts you’ve downloaded. While it’s only an annoyance, in most cases, to re-download episodes you haven’t yet listened to, there are some podcasts (cough This American Life cough) that don’t let you download old episodes. You’ll need to grab the episode each week, so switching to a new podcast app will mess you up a bit until you can rebuild your queue. 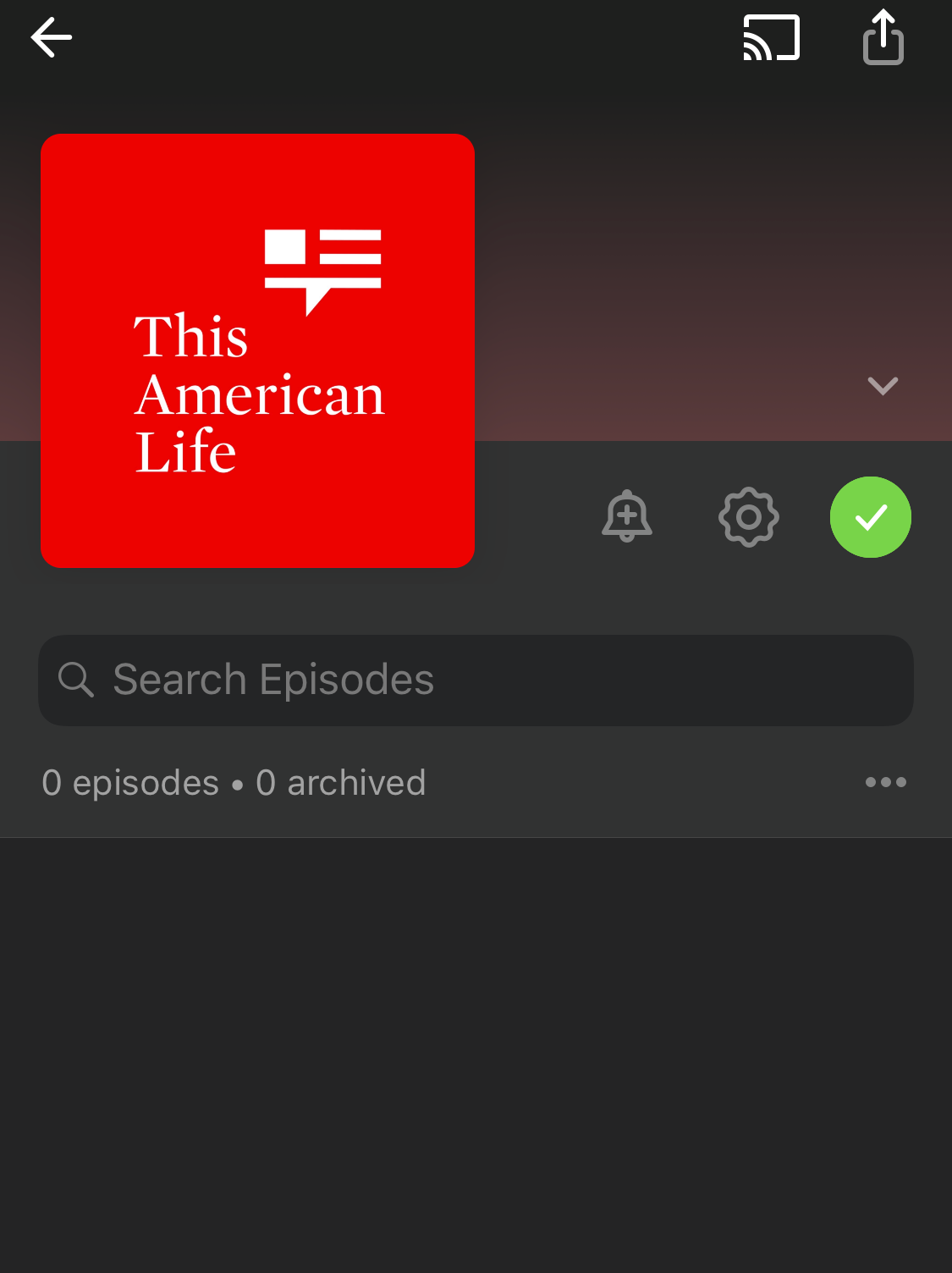 So empty; so lonely. Stay with us. (Screenshot: David Murphy)