I admittedly don’t stay up to date on a lot of celebrity gossip. That means I don’t typically know who an actor is dating or that they just had a baby. I also don’t know when someone has been accused of sexual harassment or assault unless it’s a story that’s gotten a Weinstein-level of attention.

Uncover Harassers in a Chrome extension that can help me know that the person I’m reading about has been accused of harassment. The idea being that you might promote a particular celebrity or their work without realising that they’ve been accused of something horrific. 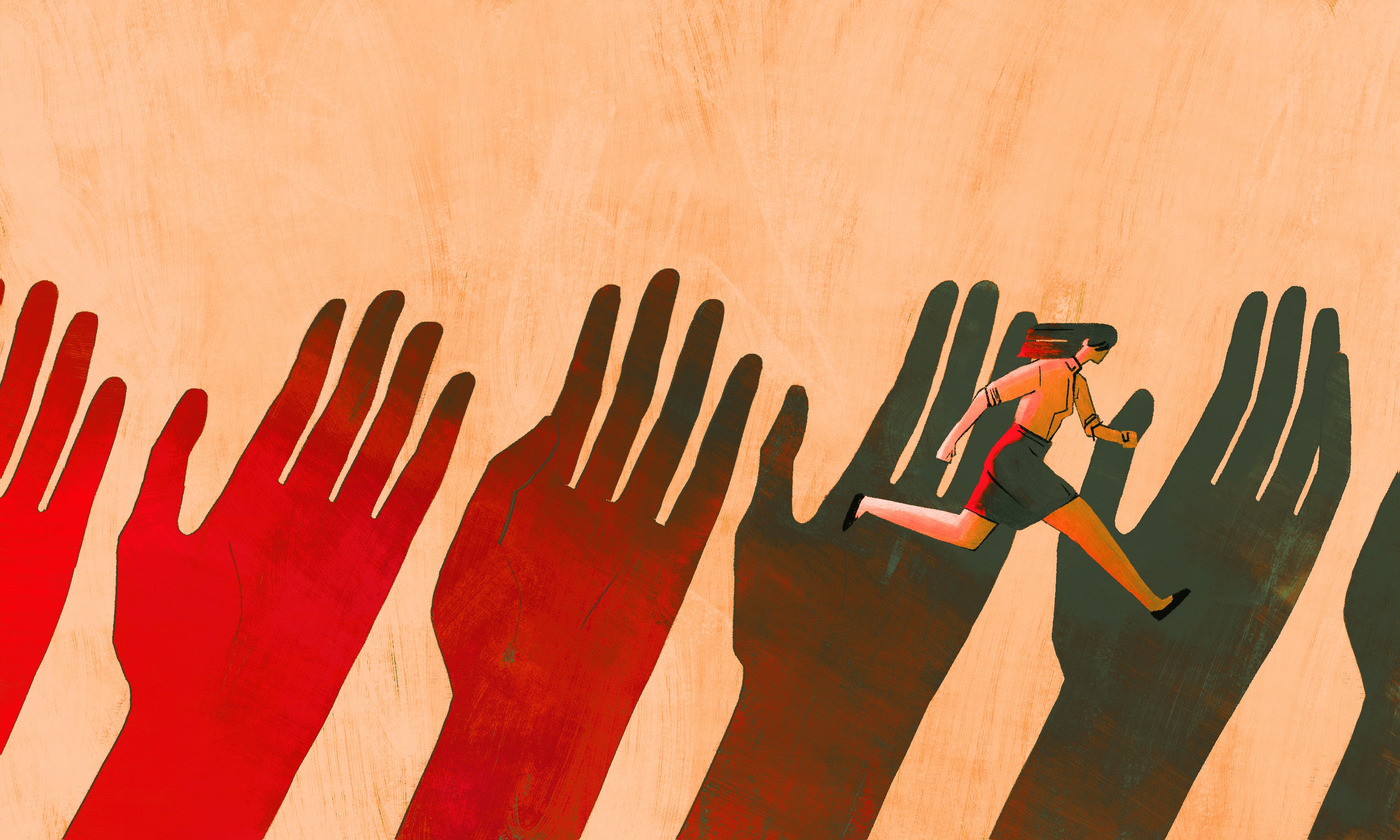 How To Know Workplace Sexual Harassment When You See It

Ever since <em>The New York Times</em> broke the story of Harvey Weinstein's many, many years of predatory sexual behaviour, the floodgates have opened. Men in fields from entertainment to journalism to politics have been accused of sexual harassment and assault, taking down the unlikable and repugnant (Weinstein) to the honoured and even beloved (George H.W. Bush; Elie Wiesel).

The extension automatically highlights the name of alleged harassers in news articles or other media you’re reading. When you hover over the person’s name, a small snippet of information will appear explaining what they’ve been accused (or convicted) of. There’s also a link to a relevant news article where you can learn more.

It isn’t foolproof. In order to make the extension, someone will have not only need to have been accused of a crime, but that crime will also have needed to be reported on in a major publication. 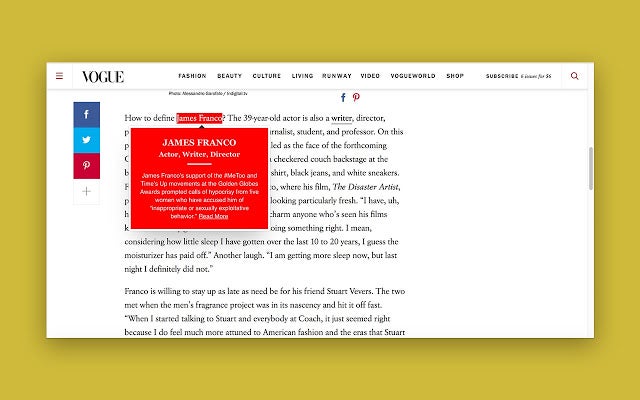 For now, the extension includes American, Indian and Pakistani celebrities. The main source for the American celebrities is The New York Times, so it’s also mainly hitting the “big ones” rather than every single celebrity. If you come across someone that hasn’t been included and should be, there’s also an online form where you can suggest additions.

Worth noting: Filling out the form isn’t a guarantee that a name will be added. In order to make it into the extension, the creators will verify things with a news story from a reputable source.

All that said, if you’re someone who doesn’t tend to be “in the know”, this can help you stay informed.