How We Back Up Our Data To The Cloud

The subject of file backups and online storage came up the other day at a Lifehacker staff meeting, and resident door-holder Nick Douglas chimed in that his solution for backing up his laptop was easy: He never keeps any important files on it. Everything — and he means everything — lives in the cloud.

On paper, leaving everything on someone else’s server sounds like the perfect setup (assuming your files are encrypted, the server is secure, etc.) And there are a number of different services you can use to manage data of all kinds.

Using the cloud for everything: The Nick Douglas method

Local storage? Pffft. When Nick is busy writing — and he’s always busy writing, it seems — he throws all of his documents into Dropbox. Everything. But he’s not just filling up a single folder full of mounds of digital paperwork. He organises his documents into a number of different folders, and configures Dropbox to only synchronise certain folders to different computers he uses.

Save Gmail Attachments To Your Dropbox With This Add-On

When he’s at home, he backs up his desktop computer’s contents to both a local hard drive and to the cloud, via Carbonite, but he is starting to have second thoughts about that. As I understood it, he’s most concerned about keeping all of his music intact, but he just signed up for Apple Music, which helps him keep everything organised and accessible from any device he uses.

That’s not too extreme, right?

Hi. I try not to pay for too many monthly services, because I’m a mere journalist, so here’s my piecemeal approach to using the cloud. It’s a little like Nick’s, but not quite as thorough.

For documents, I just say, “The hell with it.” I can’t recall the last time I opened up a word processor on my desktop or laptop, because there’s this wonderful thing called Google Docs or, in my specific case, typing directly into a content management system. But when I’ve had jobs where Kinja hasn’t been my everything, I still tend to use Google Docs if I can.

In those rare cases where I’m forced to use Pages or Office, I treat the documents as data and lump them into whatever file backup solution I have going on at the time. More on that in a bit.

I also use the free version of Dropbox to shoot files back and forth across my various computers, because dragging-and-dropping is easy, and to receive things others send me. That’s about it. 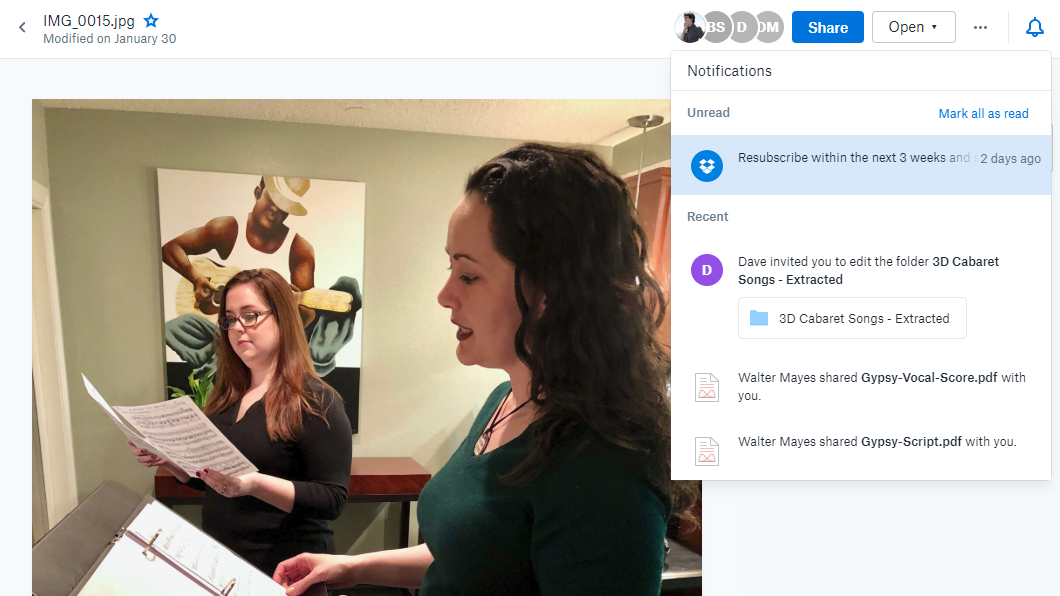 For photos, I admit that I use both iCloud and Google Photos. On principle, I hate that I have to pay Apple $US1 ($1) a month for a 50GB chunk of iCloud storage, but the convenience of being able to pull up all of my photos across my different Apple devices is too much to ignore. And now, because I said that, Apple will never expand its free storage to anything more. Great.

If anything, paying Google a mere $US2 ($3) a month for 50GB (which gets you full-resolution storage on Google Photos) makes more sense, and I love Google Photos’ web format a lot more than Apple’s terrible web UI for iCloud. So, maybe this will be the month (or year) that I finally jump ship from iCloud. Maybe.

I haven’t really thought about the music situation much lately. I used to pay for Apple Music, simply because it’s a lot more convenient to use Siri with CarPlay than to fumble around with Spotify. However, I’ve been on a big podcast kick lately — hi, Acquisitions Incorporated — so I’ve let my music subscriptions lapse. I kind of want to go old-school and just transfer albums’ worth of MP3s to my iPhone.

For data, I regularly send over my most critical files (C:Users) to my NAS box, which keeps all my data safe via a RAID 5 array. I combine that with a Backblaze backup, because you can never have too many backups. I also use my NAS to hold pretty much every other file I need to keep for an extended period of time.

It’s kind of like my free cloud storage device, even though I’m terrified about the prospect of two of its four hard drives failing at the same time. You never know. I suppose I could back it up as well, but then I’ll have to pay for another online service, and I just… no.