Takeaway Truth is an occasional Lifehacker feature where we compare marketing images against what you actually get served. Today: Hungry Jack’s Minis.

Honey, who shrunk the burgers? Hungry Jack’s have recently released their Minis line, which are composed of two (literal) bite-sized burgers, attached at their hip. There are currently two versions: The Mini Cheeseburger and Mini Chicken Royale.

Now, usually Chris Jager would subject himself to the wrath of Australia’s QSRs, but with him being away, I ventured down to a Hungry Jack’s in Sydney’s Circular Quay to load up on lunch.

Well, I thought I was going to load up.

Though the Minis are a pair of two meat-and-bun buddies, once you split them in half they fit in the palm of your hand. 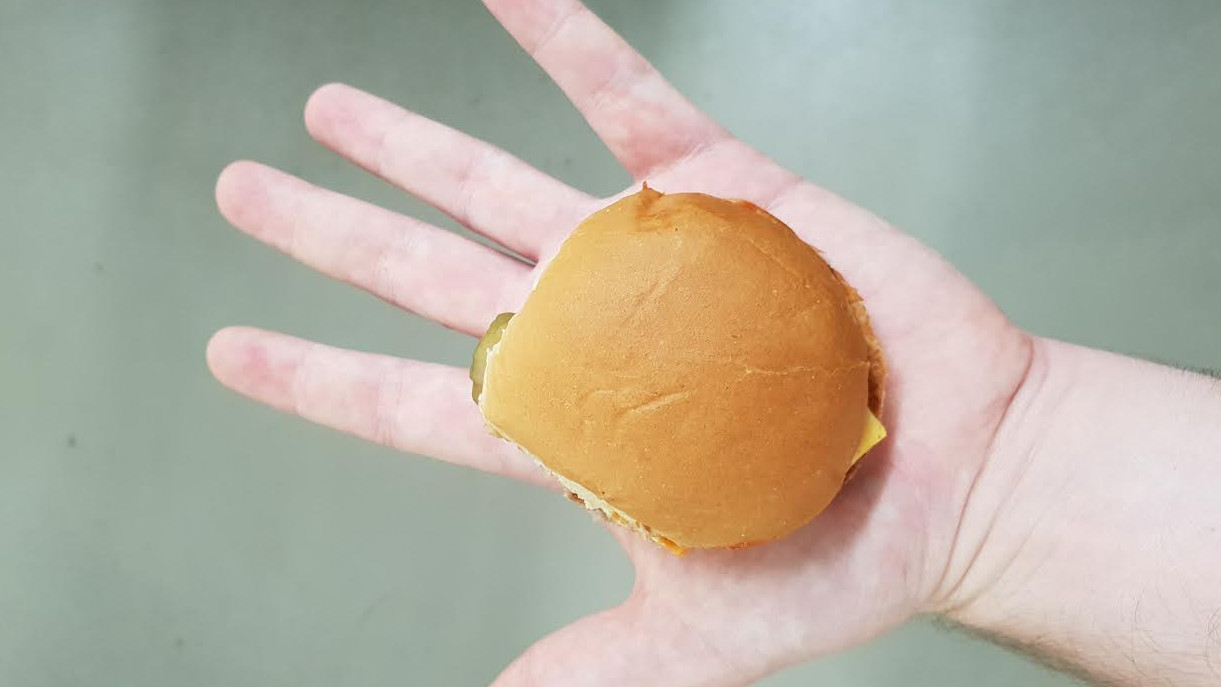 Admittedly, I have been described as having large hands, but these aren’t very big at all. In fact, when I was handed the bag by the assistant at HJ’s I looked dumbfounded, because they handed me a tiny brown paper bag you would usually see used for a small fries. Now, with a banana for scale: 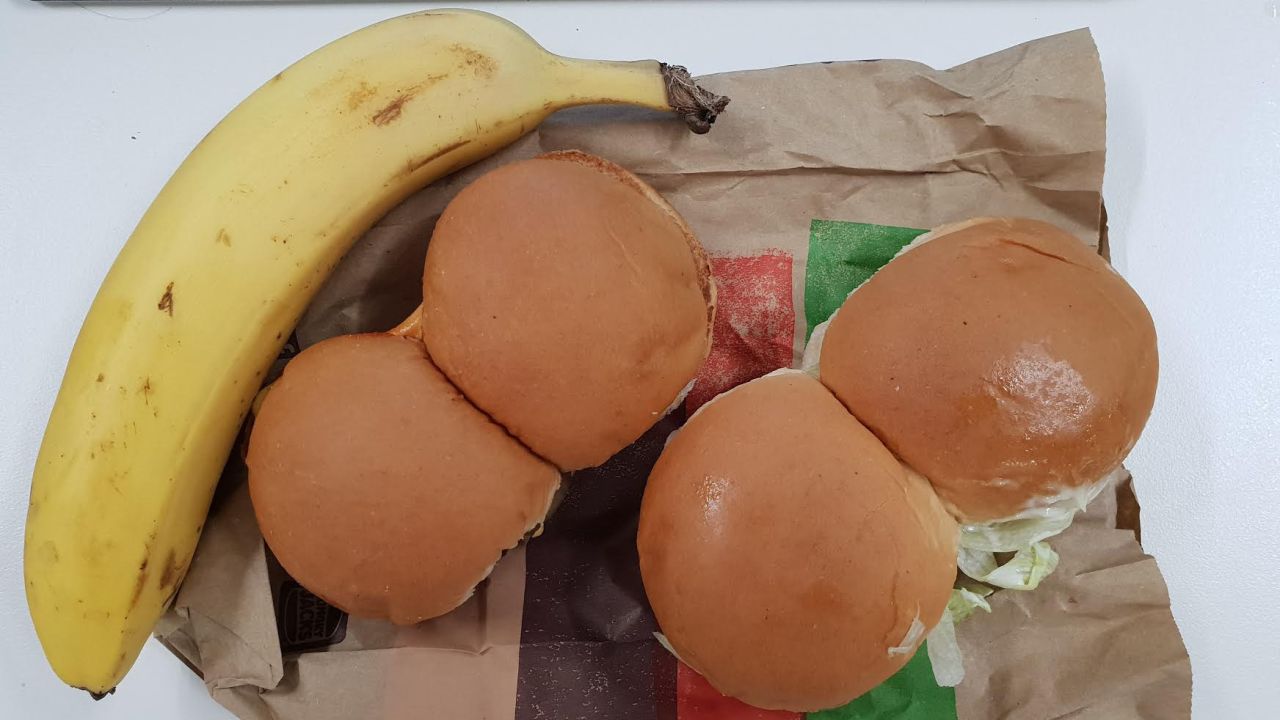 Costing $3.95 a pair, I thought this was an okay deal. Hungry’s have had the Minis range come and go over the years and charged a similar price, but when you actually see the size of them, you don’t feel so confident about things. 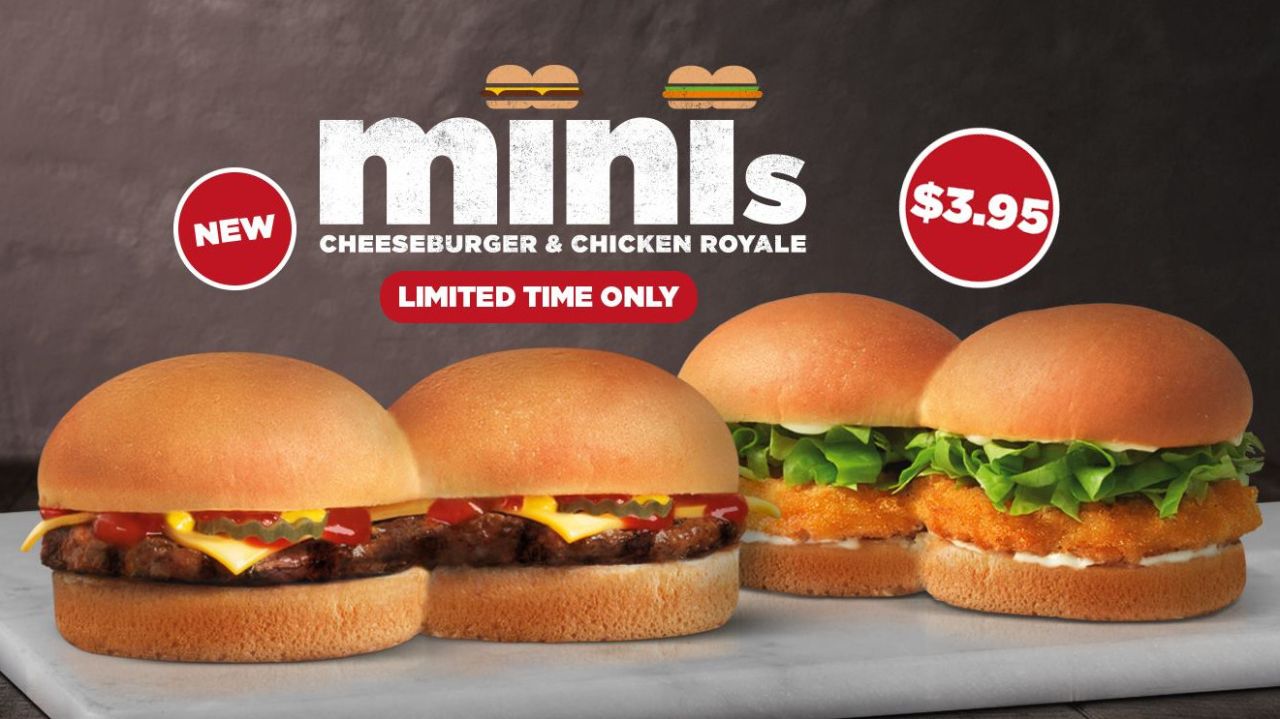 And here’s what I got, unwrapped, and set on a serving board (my diary): 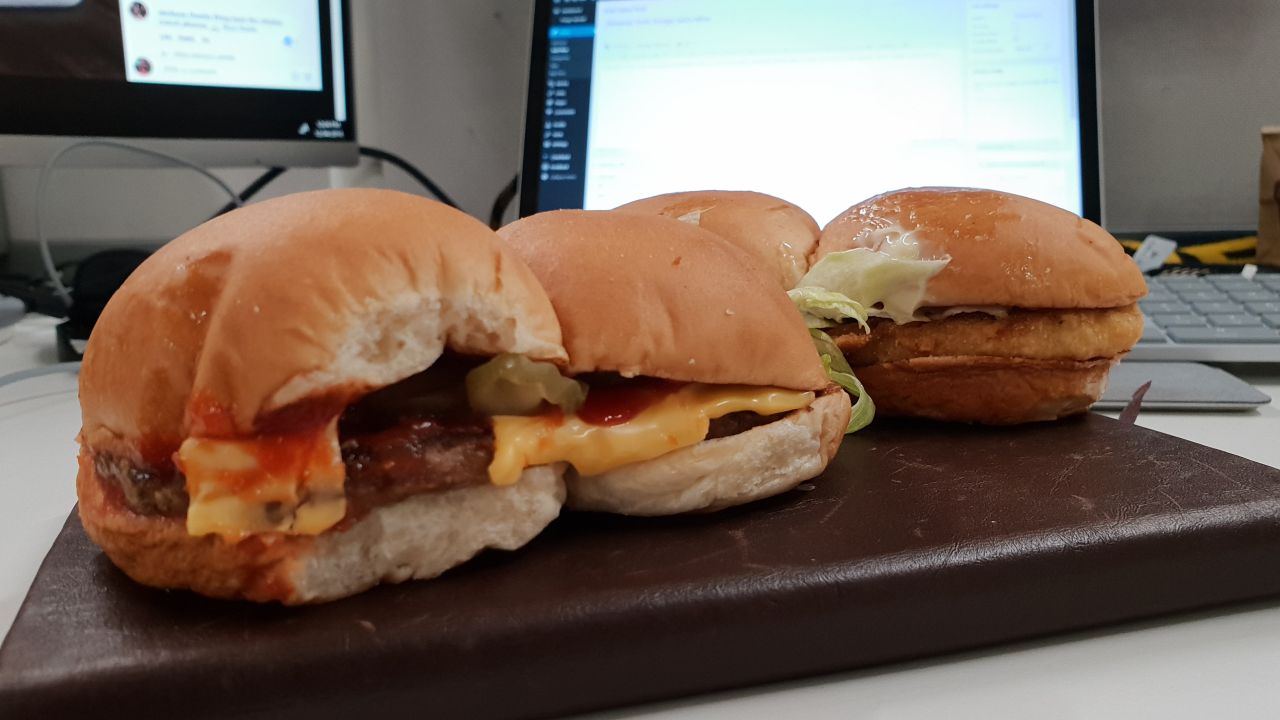 All in all, I think it could look much worse, but the sauce distribution is shocking for a burger so small. I mean, how hard is it to put the sauce within the tiny bun? And where the hell is the lettuce on the CHicken Royale? It looks so fluffy and pillowy in the marketing material???

The other thing that bothers me is how identical the burgers look in their promo shots.

Mirror images of each other. Perfect pairs.

In reality, one burger looks Bart Simpson and the other looks like Hugo. 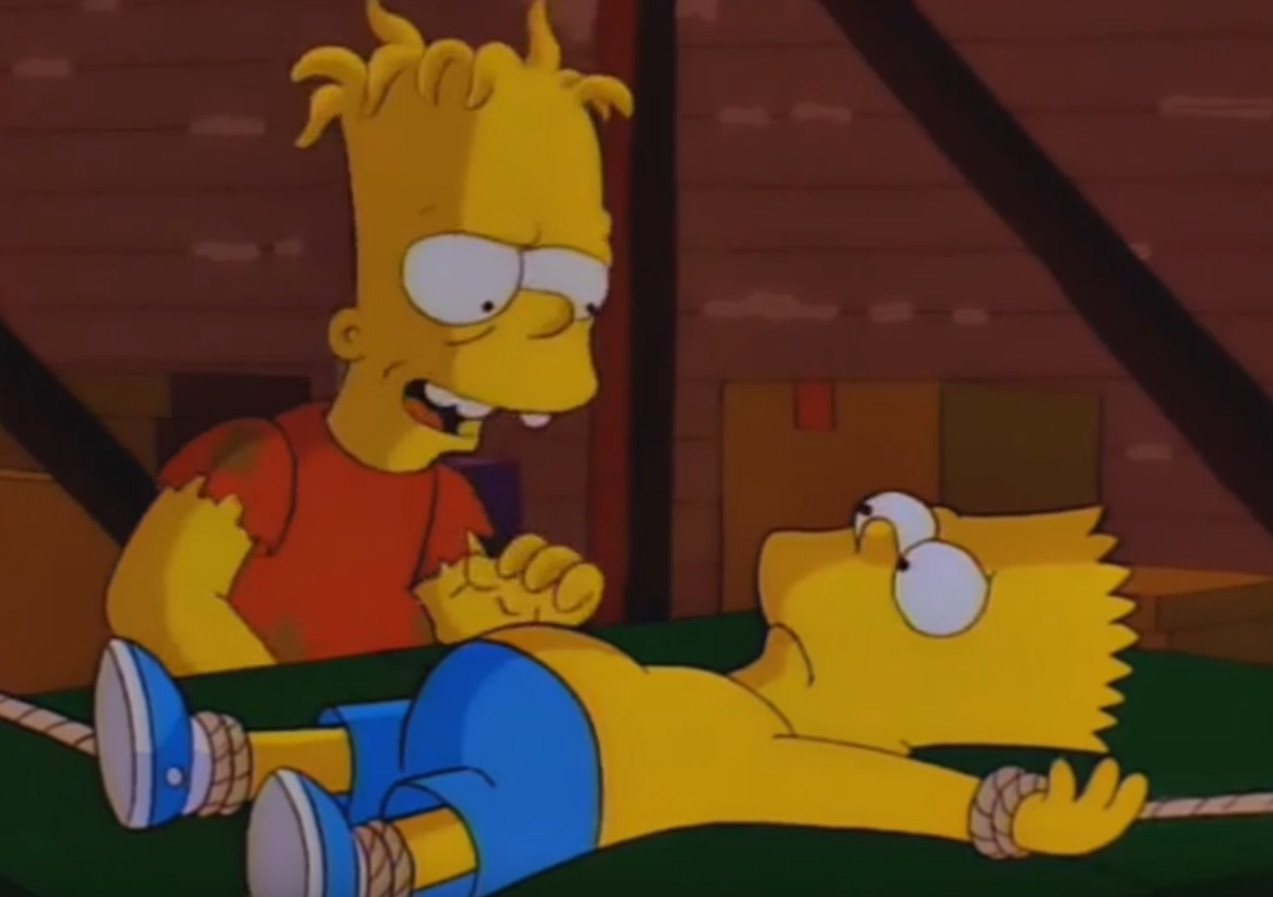 When you look at the nutrition guide, that’s when you really come to regret buying into these shrunken burgs. The Mini Cheeseburger clock in at 1790kJ and the Mini Chicken Royale clocks in at 2530kJ. By comparison a Whopper is worth 2900kJ, but it’s infinitely more ‘filling’. You actually feel like you’ve eaten something of substance, at least.

As for taste, the plasticy meat and lukewarm cheese didn’t do it for me on the Cheeseburger, though the Winner Winner Chicken Royale Dinner had a little more flavour. Still, it’s only a cut above edible cardboard and when HJ’s have much better on their menu, these are getting a strong No Thanks Ever Again, from me.