Pervasive as Facebook is, not everyone uses the social service. Maybe they hate social networking, or they’re frustrated with Facebook’s continual privacy “oopsies,/” or they’re not technologically savvy. How can you share content outside of Facebook’s (somewhat) walled garden?

“I’ve been a subscriber to kidpost.net, which has been an amazing service for sharing my Facebook posts with my friends and family who don’t use Facebook. (It works for Instagram, Twitter, and Flickr, too.) They are shutting down at the end of the month, and I can’t find an alternative. That’s exactly the time I turn to you for help, but I didn’t see anything here at Lifehacker, either. I think the service is probably becoming more useful in this moment of #deletefacebook. I’m not going to do that, but lots of my friends are.”

The most obvious solution is to just share your content publicly on Facebook and give your friends and loved ones a link to your profile. However, that’s probably not a solution you (or most people) are willing to go for, since you probably don’t want to share more personal details of your life with the world.

Since you referenced kidpost.net, I’m also assuming that you’re looking to share information and photos about your kid (or kids) with other extended family members and friends who aren’t on Facebook. I would venture to guess that most parents don’t want to just blast their kids’ lives on social media for anyone to see.

Even though the service you use is going away, you can still share information you post to Facebook to people who aren’t on Facebook. The easiest one I can think of is to set up an IFTTT trigger that automatically sends an email with the content of new posts you make to anyone you want.

How to use IFTTT to blast your Facebook posts over email

Hit up IFTTT and register an account (if you haven’t already). Once you’re in the website, click on the Search button, type in “Facebook,” and connect your account to IFTTT. Do the same for “Email,” though I also recommend connecting your Gmail account to IFTTT using the “Gmail” service — a Gmail account will make this process a lot easier. 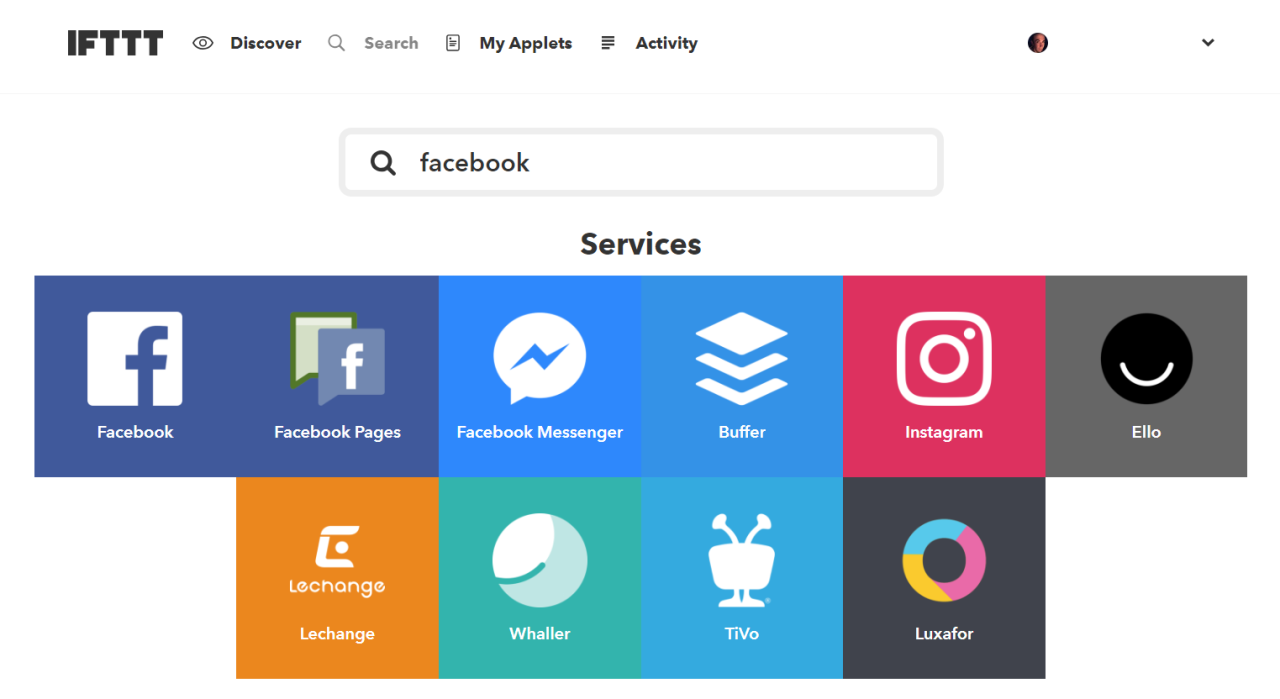 Once you’re done, click on “My Applets,” and select “New Applet.” Click on the “this” link and select the Facebook service. You’ll now see a number of triggers you can use for (eventually) sending emails. For example, if you want to make sure that every single plain-text status you update on Facebook gets blasted out to an email address, select that. If you want to only emails when you publish photo posts , pick that. You can even set triggers that only activate when you drop a specific hashtag in your text or photo post: like #forgrandmaandgrandpa (or something shorter than that). 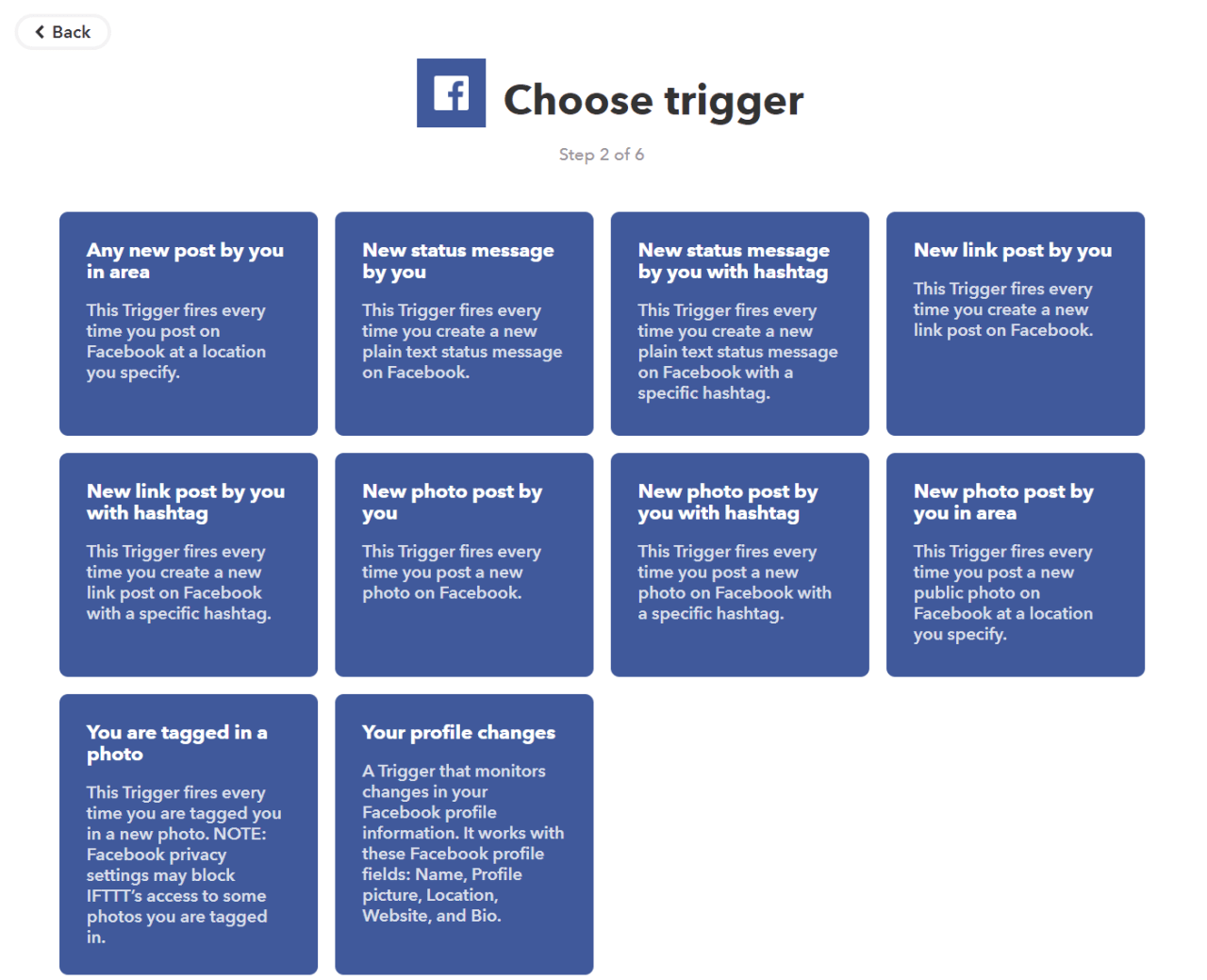 Whatever your preference, select it, configure any options you’re asked to set (like a hashtag), and then click on the new, blue “that” link in the “if then that” screen that eventually appears.

If you don’t have a Gmail account, you can use the “email” service to fire off messages to yourself whenever your Facebook trigger activates — and you can then set a filter in your email service of choice to automatically forward those messages to a group of people, like your older loved ones who aren’t on social media. 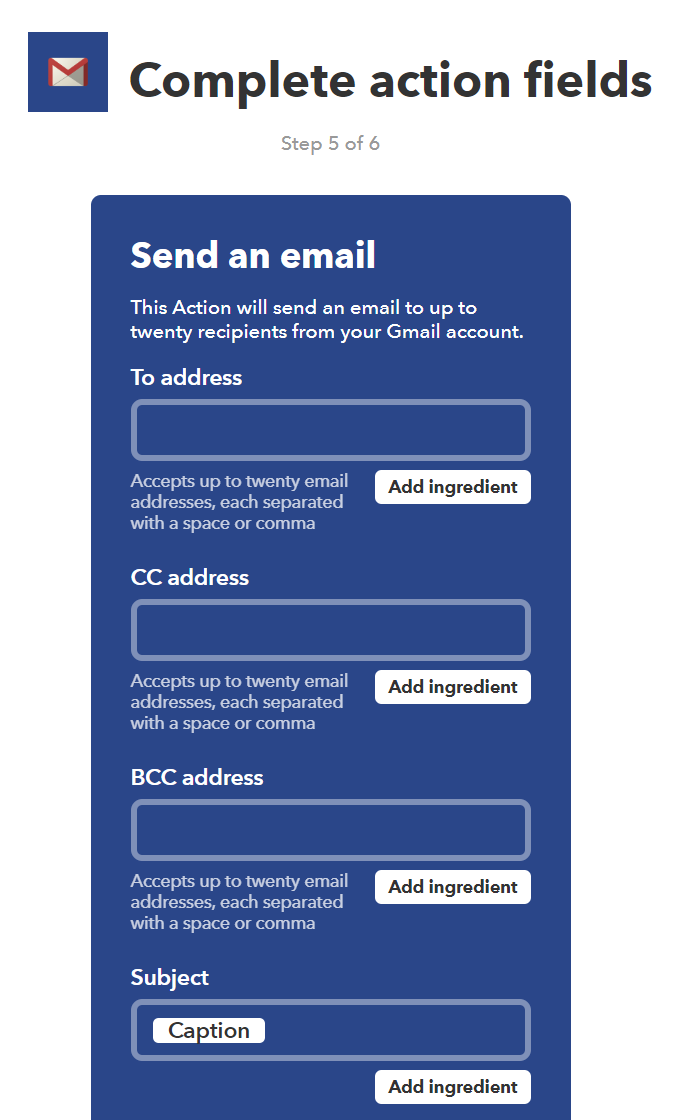 If you have a Gmail account (and previously connected it to IFTTT, as recommended) you can use the Gmail service to fire off your Facebook post to a number of people at once. Select it, select “Send an email,” and type in the addresses you want to blast.

I recommend putting your own email address in the “To:” field and adding everyone else as a BCC, just so you don’t get caught up in a reply-all tornado. You can adjust the parameters of the body text to add an informal introduction to the content you’re sending, or just leave the text as written (as long as you’ve told those you are emailing what you’re up to, so they don’t start receiving random Facebook-posts-as-emails out of the blue).

Click “Create Action,” click “Finish,” and you’re done! Now, whatever action you’ve set as a Facebook trigger — like posting a photo — will automatically fire off as an email containing the contents of your post to whoever you want. Resist the urge to blast your family with 800 pictures of your cats.