People will say all kinds of offensive things if they think you share their views.

Take, for example, this terrific essay by Katherine Fugate, in which a locksmith assumes she wants sturdy locks to keep out all the potential black intruders (though he uses an uglier word). Or Trump’s blithe assumption that everyone agrees that Haiti and various African nations are “shithole” countries.

Or take the “racist uncle” trope: The relative who spouts off about those people at Christmas dinner, assuming that everyone agrees – or hoping to pick a fight with someone who doesn’t.

This is where you come in. What is a decent person supposed to do when someone says something racist, or offensive in other ways (anti-LGBT, for example) in your presence? You have a few options. 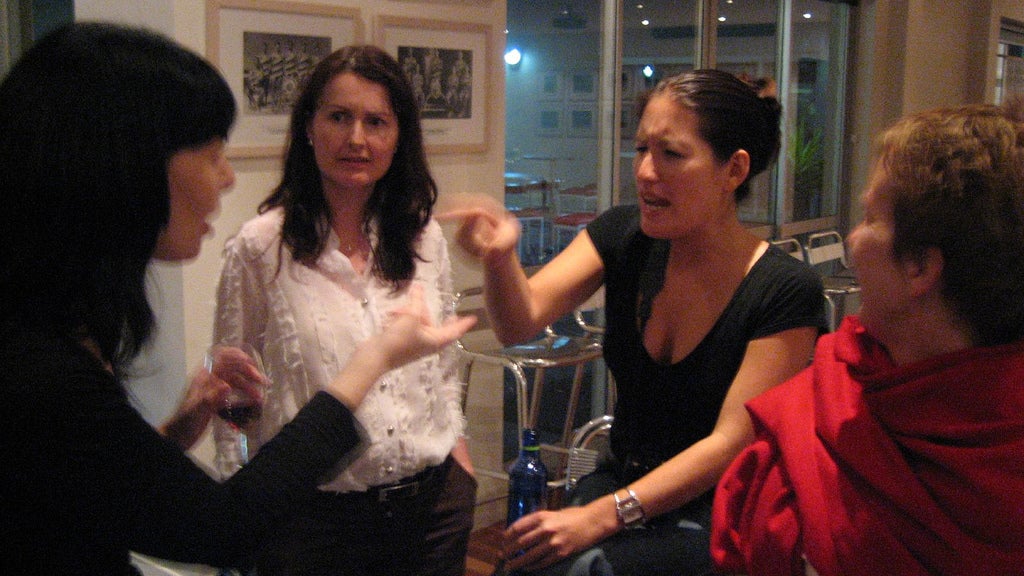 How To Deal With Racist Relatives At Your Holiday Dinner

The nice thing about getting together with family for the holidays is catching up with loved ones you haven't seen since last year. It's lovely to hear about your sister's new job, watch the kids play with their cousins, and grit your teeth through your racist relatives' awful comments. OK, wait - that's actually not very fun. In fact, it can be rather distressing and depressing.

Decide Whether to Speak Up at All

The circumstances and your role matter. If the comment comes at work, you will have to judge whether you feel safe saying something in the moment or not. As Amy Gallo writes for the Harvard Business Review, only you can assess whether you think there will be retribution for replying to someone’s racist comment.

If you’re management, however, you have an obligation (and possibly a legal obligation) to shut down any derogatory comments made on your watch. Gallo interviews Joan Williams of the Center for WorkLife Law at UC Hastings College of the Law, who notes that generally people who are not in the disparaged group have more power to change attitudes – if someone says something about black people and you’re white, you might have more standing in their eyes. Williams says: “When it comes to sexism, for example, men tend to be more persuasive when confronting people. We afford them more credibility because it’s not their ‘game.'”

Ask Questions and Engage the Person in Conversation

I am a big chicken and hate conflict, but I’ve noticed that people who are skilled at this kind of confrontation aren’t really confronting at all – they’re continuing the conversation the other person has started. “What do you mean by that?” I’ve heard a friend say, when an acquaintance was going on about not wanting her kids in school with some people she considered undesirable. Maybe the person will elaborate and maybe they won’t, but at least they will be more careful about who they spew their racist ideas to. A relative of mine, a civil-rights attorney and a model of diplomacy, says, “I’m looking forward to talking more about that,” when she hears someone espouse conspiracy theories.

Do you want to make a statement or make a difference?

I spoke to a US State Department official, a diplomat stationed in one of the countries Trump would likely deem a “shithole”. He offers some suggestions: “What I’ve seen work is two things, and they have to go hand in hand: A self-abnegation of ego and anger, and a willingness to explain without the guarantee of success.” In other words, you have to be OK with not winning the debate with your superior intellect and clever debate strategies.

The diplomat continues, “Basically the question is: ‘Do you want to make a statement or make a difference?’ That sounds simple, but I’ve found it to be surprisingly profound for me and both my work and personal life.”

A few years ago I interviewed a Jesuit priest who worked as a missionary in Kenya during his training. He told me that minds are rarely changed by facts, or “facts”, but they are by stories. Stories are by their nature non-confrontational and allow people to communicate without aggression. If your relative goes on about the kneeling NFL players being “ungrateful”, it might be helpful to talk about exactly what the players are protesting and share stories about police brutality.

It’s likely they won’t believe or accept what you’re saying, or offer their own explanations on, say, why black people are more likely to be killed by cops than white people. But if you keep the conversation polite and sincerely inquisitive, you keep the door open for further conversation and possible down-the-road conversions.

Gallo, in the Harvard Business Review story, describes a confrontation between two men in the workplace, one of whom had called the other, Ben, a f*g. Ben spoke privately to his colleague later, and let me know that he was gay and found those comments hurtful. The colleague was duly chastened and, as far as Ben knows, has refrained from making those comments ever since.

Now, your race is not something that you can generally hide, but letting someone know that they have personally offended you might encourage them to at least keep a lid on further comments and ideally open their mind to the experiences of other people. This is adjacent to “tell stories” – people are often so entrenched in their own narratives that they need to hear others’ experiences to change their minds. 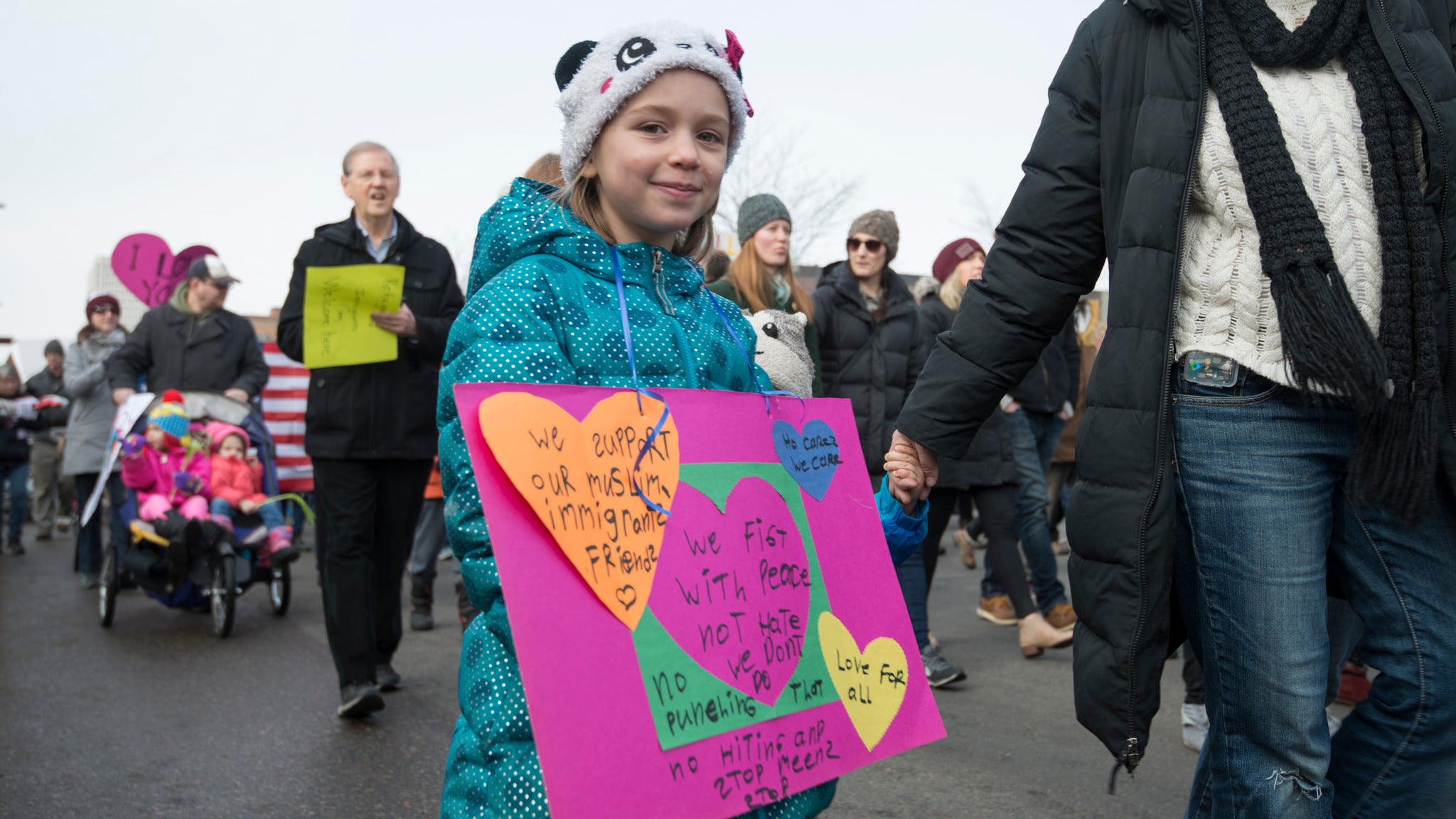 How To Teach Kids To Stick Up For Their Marginalised Peers

The parents I come across want to raise children who'll fight injustice. They take their kids to rallies. They start talking about race, gender, sexual orientation and physical ability early and often. They introduce books that explore the fight for equality. And kids do get it - they have a remarkable concern for fairness and capacity for critical thinking.

This also has the added benefit of avoiding shame. Not that racists don’t deserve to be shamed, but as Annie Gabillet writes in PopSugar, shaming just makes people double down because shame threatens their sense of self. Skilled teachers and diplomats allow people to arrive at their own conclusions through personal experience.

Obviously, confronting racism is a long haul – and the task also includes confronting our own prejudices and biases. All of us have said things we regret; all of us have made assumptions and judgements based on what we think we know about race. This is a slow process, and one best approached via compassion and patience. As the Jesuit priest told me, “You aren’t going to change anyone’s mind today.”