Mechanical keyboards are all the rage at the moment, and for good reason. Improved reliability, durability and that beautiful clack you get whenever you press a key are features that are just too hard to resist. You might be looking to buy a new mechanical keyboard but you don’t know where to start. Well, start right here! We’ve rounded up some of the best reviewed mechanical keyboards you can find – with links to buy.

We’ve already given a very detailed breakdown of how to choose the best mechanical keyboard for you but once you’ve decided on the specifications that you’re after, you’re going to have to actually make a choice. Ultimately, you should consider how you’re most likely to use the keyboard and let that be the chief factor in deciding what you buy but to help you out, the keyboards we’ve included below are generally suitable for both gaming and typing.

Why Your Next Keyboard Should Be Mechanical

Whether you're into coding, writing or gaming, a mechanical keyboard can make a huge improvement to your output. Boasting individual mechanical switches underneath each key, they provide a higher level of reliability, are more durable and can even help with RSI. Plus, they just look and sound so cool. This video breaks down all the reasons mechanical keyboard are worth your time. 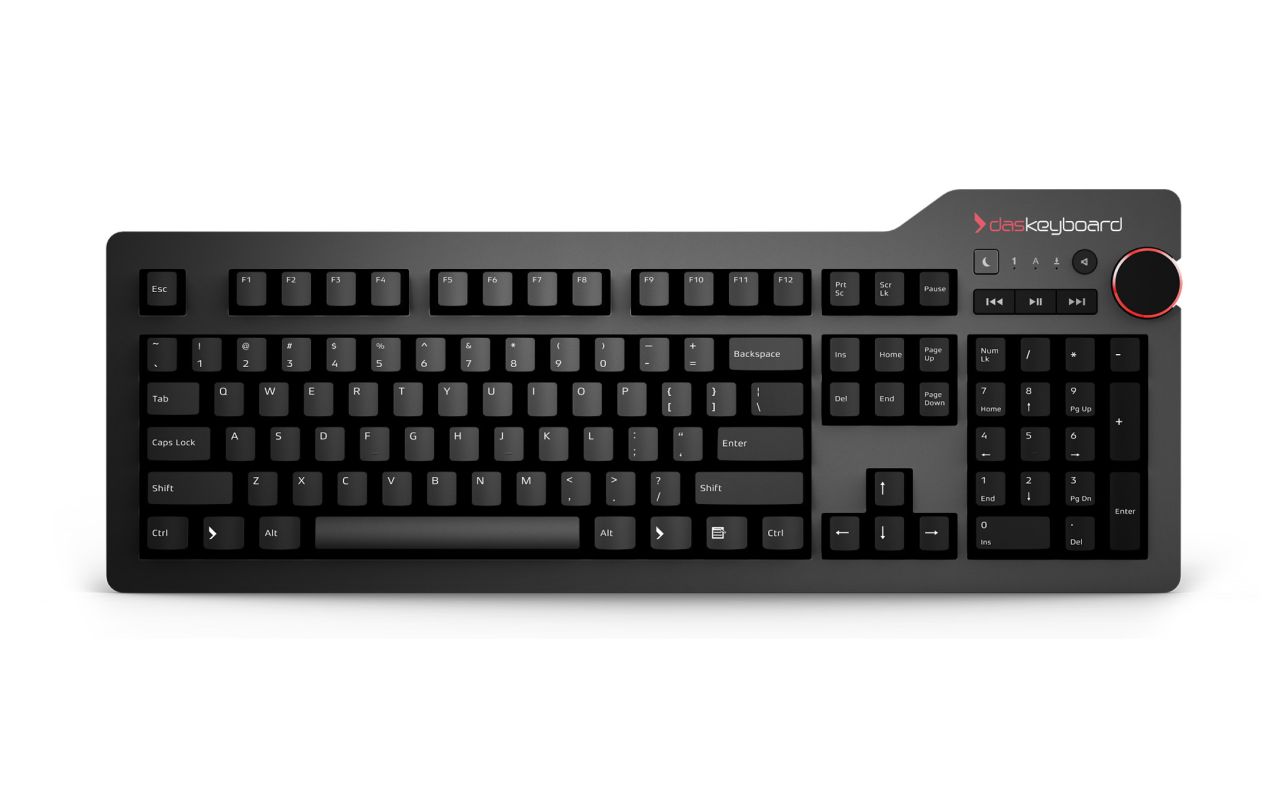 Metadot are well-known for the quality of their mechanical keyboards and the Das Keyboard 4 Professional is one of their most lauded yet. It’s offered with both Cherry MX Blue switches, which will appease the typists with their loud, tactile feedback, or Cherry MX Brown switches, which are a little quieter and have a lower actuation force, to appease the gaming crowd. It’s sleek design, excellent build quality, dedicated media keys and large volume dial are it’s most applauded features.

It also comes with 2 USB 3.0 pass-throughs situated at the top of the keyboard, above the volume dial. PCGamer said “the fourth iteration of the Das Keyboard is definitely the company’s best one yet” and TechRadar cut straight to the chase describing it as “a workman’s keyboard for those who type frequently and deliberately.”

While it doesn’t come cheap, it is one of the best-reviewed general purpose mechanical keyboards around at the moment. Functionally though, Engadget notes, “the lack of customizable keys and macros is a let down, meaning serious gamers might want to look elsewhere.” The Professional also has no backlighting, which isn’t a huge issue for those of us using the keyboard while sitting at an office desk all day, but may be an issue if you’re the kind of person that likes to turn all the lights off as you descend into a virtual world.

You can find it in Australia from places like PC Case Gear or MechKB for around $250.

The WASD Code is the result of a collaboration between ‘two guys that love keyboards maybe a little too much’. It’s a highly customisable option that The Wirecutter recommends as the best mechanical keyboard for users that spend most of their time typing.

The keyboard itself isn’t huge on features, but it’s the design, superior build quality and customisation options that are consistently lauded. It does lack RGB backlighting (the Code opts for a purely white backlight) and there are no way to program macros, but because you can customise the Code with any Cherry MX switch you see fit, it’s still worth a look if you’re in the market for a gaming keyboard. The Wirecutter also suggests the 87-key version (which lacks a numerical keypad), as opposed to the 104-key version if you’re going to be using it for long gaming sessions. This keeps the mouse closer to the keyboard and prevents strain on your back and neck.

It’s a little difficult to get the WASD Code 87-Key from retail here in Australia but it is possible to track them down in their default configuration for around $260. Corsair have a huge range of mechanical keyboards particularly targeted toward the gaming crowd and though the K95 RGB definitely doesn’t shift their focus, it’s a highly versatile device that will please most users. TechRadar went with one of my favourite lines and called it “The Rolls Royce of RGB Gaming Keyboards”. Each key on the K95 RGB is individually backlit and this means, using Corsair’s proprietary software, you can program separate colours for every single key. However, that software – the Corsair Utility Engine (CUE) – isn’t user-friendly and is designed so poorly that Matthew Sarrel at IGN said “I was pretty sure the ‘C’ stood for ‘crappy’ and not for ‘Corsair'”

It comes with the Cherry MX Speed switches, which I wouldn’t say are actually designed with everyday use in mind, so may take non-gaming users some time to adapt to. These switches have a much lower actuation force and so only require a light press to register, which means you may find typing on this every day results in more typos, not less, but if that concerns you, you can buy the Platinum with Cherry MX Brown switches instead. If this purchase is about improving your gaming, the Platinum is a great choice as it features 6 dedicated macro keys that line up along its left hand side and dedicated media controls so you’re not jumping in and out of games.

Of course, with expanded functionality comes expanded price and the Corsair K95 RGB Platinum is one of the most expensive keyboards on the list at around $329. If you’re not looking for the Cherry MX Speed switches, it might be worth looking at the Corsair K95 RGB instead, which retails at around $220. Of course, that model has slightly less features – like lack of USB pass-through – and it’s form factor is quite a bit larger.

The Orion is a much cheaper option and, especially for those just looking to dip their toes into mechanical keyboard waters, is a solid all-rounder. Unlike some of Logitech’s recent forays into building mechanical keyboards, this unit doesn’t feature Logitech’s Romer-G’s, their own proprietary switches. Instead, there are three different switch options to choose from – Cherry MX Red, Brown or Blue – catering to typists and gamers alike.

From a features point of view, the Orion offers up dedicated media keys and a volume roller that sits at the top-right hand side of the keyboard that pleased TrustedReviews, but the lack of USB pass-through and no RGB backlighting was seen as a negative.

I think Tom’s Guide summed it up perfectly when they described the Orion as ‘a keyboard with no fancy extras, for better and worse.’ It retails from Logitech at $209.95, but with a little hunting, you should be able to find it for around $160. 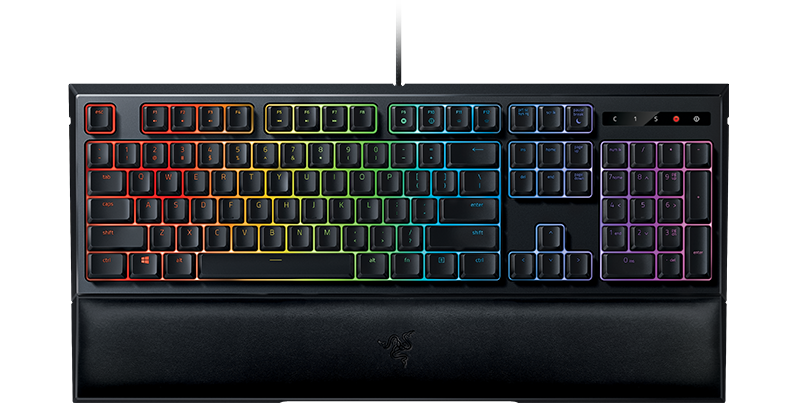 Razer are synonymous with high-end mechanical gaming keyboards and the Ornata certainly is that. Using Razer’s own ‘Mecha-Membrane’ technology, which was highly praised by Kotaku when it was first released, the Ornata delivers great tactile feedback with less noise. The Ornata also features a magnetic wrist rest that The Verge described as ‘convenient and comfortable’ but Mike Fahey at Kotaku noted in his review that the magnet was relatively weak and prone to sliding.

Razer is, first and foremost, a brand for ‘gamers’ but the Ornata certainly straddles the line for general typists. Unfortunately, it doesn’t feature USB pass-through or media controls, which is something of a negative, but for those who want their keyboard to light up like a rainbow, it does feature fully customisable RGB backlighting. I’ve included the Ornata in this list because it is one of Razer’s least expensive ‘mechanical’ keyboards that still rates well, but if you’re looking for something that’s a little more fully-featured, you could always look at the BlackWidow Chroma V2 which uses Razer’s proprietary switches that are more durable than their counterparts. However, that keyboard is a whole lot more expensive.

You can find the Ornata Chroma for approximately $159 online, though Mwave Australia currently has it listed for $139