Don’t Eat These 7 Leftovers Unless You Want a Side of...

A Guide To Friendship Between Parents And Non-Parents

Judging from the many internet rants (“10 Things Childfree People Will NEVER Understand”, “Why Mums and Dads Are Selfish and Annoying”), you’d think parents and non-parents are entirely different species. Something happens the moment a baby is born — adult friendships that once seemed so easy become filled with obstacles (“What do you mean you can only eat dinner at 4:45PM?” “Why don’t you answer my phone calls, ever?” or “Sorry, I don’t have to time to hear about your promotion/mother-in-law problems/recent holiday — the baby is crying”).

Obviously, there are exceptions. I am a parent and have non-parent friends. Well, maybe, like, one whom I still talk to regularly. God, that makes me depressed. It takes awareness and effort by both camps to maintain friendships during this period of dramatic life change (and nap schedules and school activities). But it’s worth it — sometimes. 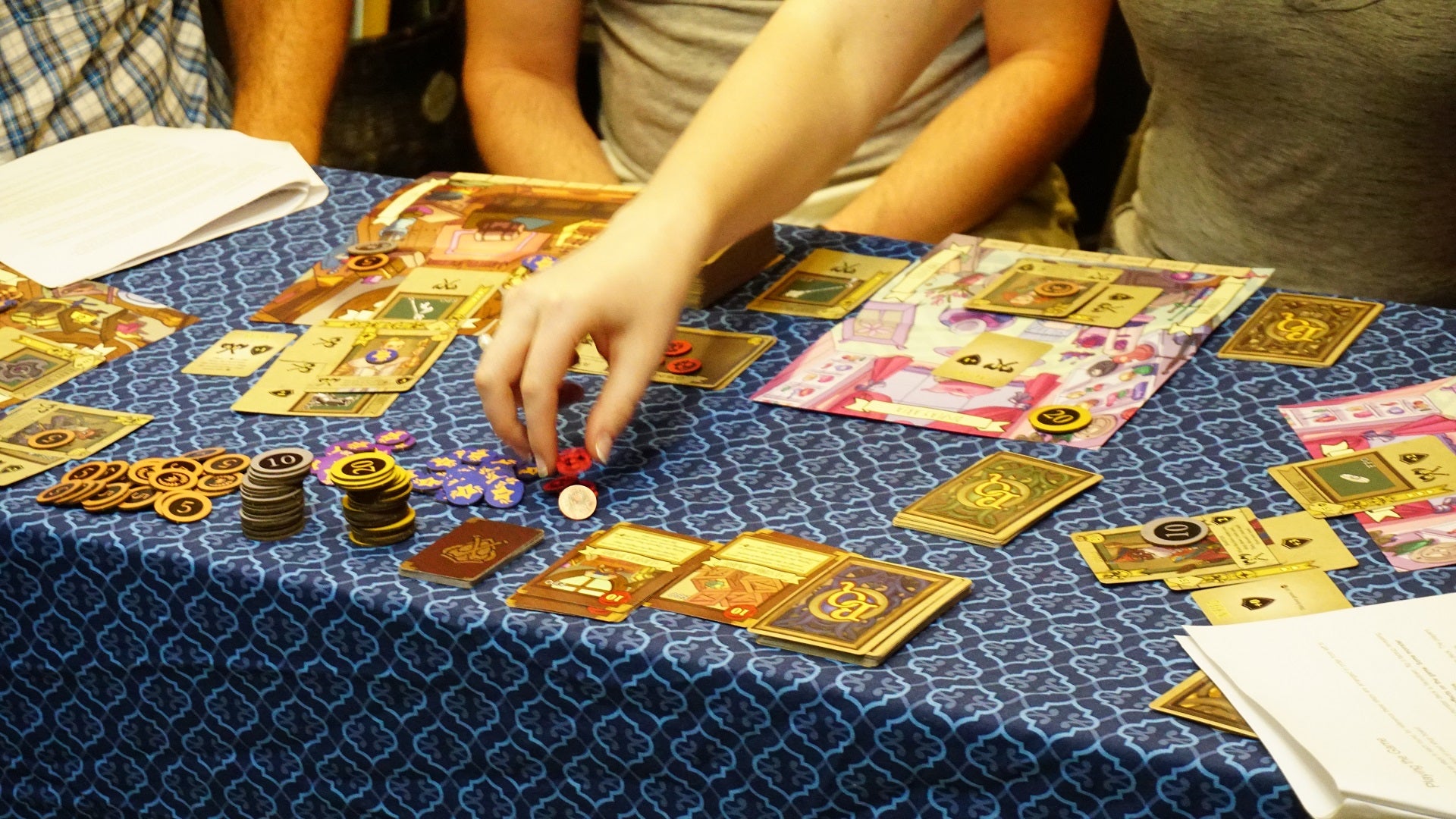 How Do You Find And Maintain Your Friendships?

Once you're out of school, finding friends and spending time with them falls by the wayside to work, family and other obligations. So, tell us, how did you stumble upon new friendships? And more importantly, what do you do to keep them going strong?

I asked my friends online how they thought parents and non-parents can be better friends, and they had a lot of thoughts, opinions and practical advice. Here’s what I learned can help bridge the great divide:

The biggest fact to overcome and accept is that parents are tethered to another human being (or multiple humans), ones that have strict needs and rigid schedules. They can’t go anywhere without making arrangements, and sure, while you might see a baby sleeping soundly at a bar at midnight, that is the exception, not the norm. But that doesn’t mean parents don’t want to see their non-parent friends. They really, really do. So if a friendship is worth it, at least for a while, the non-parents will have to meet parents in their strange new world.

Parents Can Help Make Up for It in Other Ways

Knowing that their non-parent friends are doing more of the driving and schedule-bending, parents should seek to do their part in other ways. Shannon, whose son just turned three, writes, “As a parent, I try to do more hosting and paying because I know it’s a million times easier/more fun for me to hang out at home with my kid and all his shit. I will gladly cook or order in and provide wine to have adult conversation.”

Just reaching out can go a long way. Julie, the mother of two teenage girls, says she tries to remember birthdays, anniversaries and other occasions for her friends who don’t have kids, with even more intent than for her friends who do. “It seems like a good time to make them feel remembered and special,” she says.

Parents Should Initiate Plans and Be Really Specific

Instead of simply declining invitations because the events are too late or too kid-unfriendly, parents should suggest plans. And the more specific, the better, even if it feels weirdly rigid. Example: Would you like to take a walk around the block while the baby naps in the stroller on Saturday from 2:15 to 3 in the afternoon? Or come over and hang out while I give her a bath and put her to bed, and then afterwards, we can have a glass of wine and catch up? On the Dear Sugar podcast, Cheryl Strayed talked about how she’d invite her friends without kids to local coffee shops with little play areas. “I’d say I know you’d probably never been to this incredibly uncool Mum Cafe, but if you meet me there, my kids can do the blocks.”

Cynthia, who has a son, says that when it comes to socialising with friends with babies and toddlers, “breakfast or brunch is the new dinner party”. If the the folks without kids can get up early, generally everybody’s fresh (particularly the kid), and people need to eat breakfast anyway.

Also, many non-parents said that parents shouldn’t assume they wouldn’t want to come to kids’ birthday parties, school musicals and other events. Sometimes, they won’t want to go, but they’d like to be asked, at least. (Usually at birthday parties, if you provide booze, everyone is happy and has a pretty good time.) And know that some people simply don’t like kids. That’s fine, too — you’ll find out pretty quickly.

There’s this cartoon showing a mum with a baby and a toddler hanging on her. Holding a phone, she says, “Can I call you back in five years?” It’s too real. Yes, young kids should be taught not to interrupt phone calls, but to save everyone’s sanity at the given moment, it’s better just to text parents.

This seemed to be the number one gripe of the non-parent camp — mums and dads who drop phrases like, “You just don’t get it,” or, “You think you’re tired? Try nursing a teething baby all night!” Kristina, who has heard it all, writes, “If I say I’m exhausted or stressed, why is that any less than what a parent has to go through? Why is it a contest? My statement that I’m tired isn’t saying, ‘I’m more tired than you.’ We all have the same 24 hours in the day. We fill them up differently.”

Talk About Something Aside from the Kids

What should parents and non-parents talk about? The children, sure, a little bit. Oliver, who has a daughter, writes, “You get to talk about your kid(s) for like… five to 10 minutes, tops. Even other parents are probably just humouring you to be polite.” And then open up the conversation to anything — literally anything — else. Unjali, who does not have kids, writes, “I appreciate it when they take time to talk to me about what is important in my life, make time to see me (even if it is limited and infrequent), and also when we can talk about other things that are important in their lives besides their children. I think just like with any friendship, empathy, understanding, and being considerate of the other person’s situation is key.”

Non-Parents Have Drop-Everything Moments, Too

Yes, kids are consuming, but a child is not a Get Out of Everything Card. Parenthood in general is not a crisis. There are other real crises, and sometimes non-parents have them. Wenli says that while she worked four jobs and went to school for her doctorate on top of taking care of her family, she still visited her friends with kids and brought them dinner. “I got no such consideration when things got tough for me,” she writes. “When my mum passed away, or when my dad got cancer, where were my parent friends? They complained that I didn’t make time for them. So, naturally, those people are no longer on my list of people I would spend effort on.”

Non-parents should get “drop-everything moments” too, meaning that if they’re in need, you will pay $30 an hour for the emergency sitter to be there. 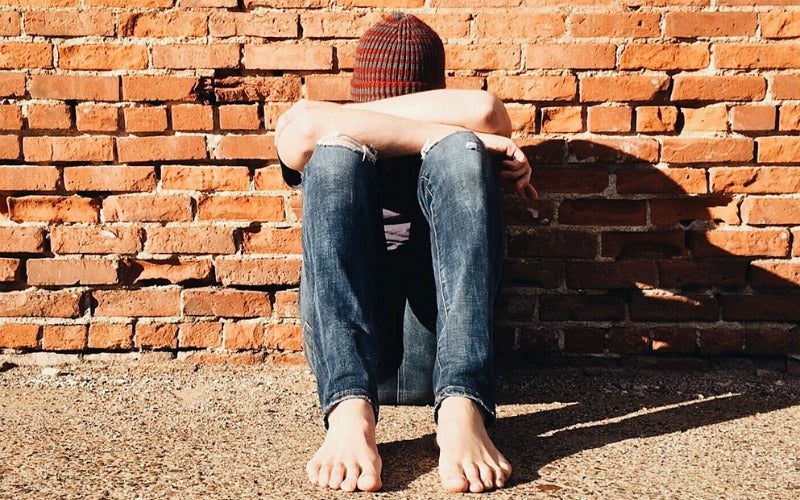 When A Friend Is Grieving, Offer Specific Ways You Can Help

Around this time last year, my mum passed away. I was in charge of planning her funeral and burial arrangements, dealing with her stuff and pretty much all the other horrible things that you have to do when someone dies. Oh, and I live in San Francisco and my mum was in North Carolina. Literally hundreds of people offered to help me on Facebook and via text, but only two people did. The reason? Only two people made actual suggestions on what they could do to help.

For whatever reason — you’re not connecting any more, you’re putting in the effort and it’s still not working out — some friendships have an expiration date. Lindsey writes, “I’m genuinely interested in my friends who are parents. I want to hear about their baby. And they want to hear about all the non-baby things I’m doing. But once someone doesn’t have an interest in the other’s life it doesn’t work. A friend had a kid and terrible postpartum afterwards, and at that point, I don’t think she cared too much about what was happening in the life of a 27-year-old who goes out dancing every weekend. I don’t hold it against her at all. But our friendship is not the same.”

One hopeful thing I learned is that as kids get older, this whole parent and non-parent divide becomes much less of an issue. Oliver writes that now that his daughter is 12, it’s much easier for him and his wife to make time for other adults because they don’t have to drag her along everywhere. “I have many more non-parent friends that I regularly see now than I did 10 years ago when she was two.”

Toni, a non-parent whose friends now have grandchildren, says she just had to “hang in there” during the kid years. “Some years, the only contact was a holiday card and an occasional phone call,” she writes. She does wish both she and her friends had tried harder to connect during that time, but everything pretty much panned out in the end. “The good news is,” she says, “when we all hit about 50, we were right back to where we had left off 20 years before!”