So, you’re interested in secure, encrypted chat apps. You have a few different choices, but as with any chat app, what all your friends are using is important. To that end, Signal and WhatsApp are easily the most popular. Here’s how they compare.

Secure messaging apps are growing in popularity as we all come to realise how much data companies collect about us every day. Unlike phone calls, it’s much easier to imagine some giant corporate entity or government getting ahold of one of your chat transcripts and using it for nefarious means. While many apps out there that do this, including Apple’s iMessage, WhatsApp and Signal lead the way in both popularity, platform availability, and features. Aside from messaging, both apps also include voice and video calling, though we’ll be concentrating on the text messaging capabilities of both here. Let’s break down how both work:

Broad strokes don’t mean much when it comes to actually comparing how these two apps work though, so let’s dig in, starting with the most important part, encryption.

Both Support End-to-End Encryption, But Signal Doesn’t Save Anything It Doesn’t Have To 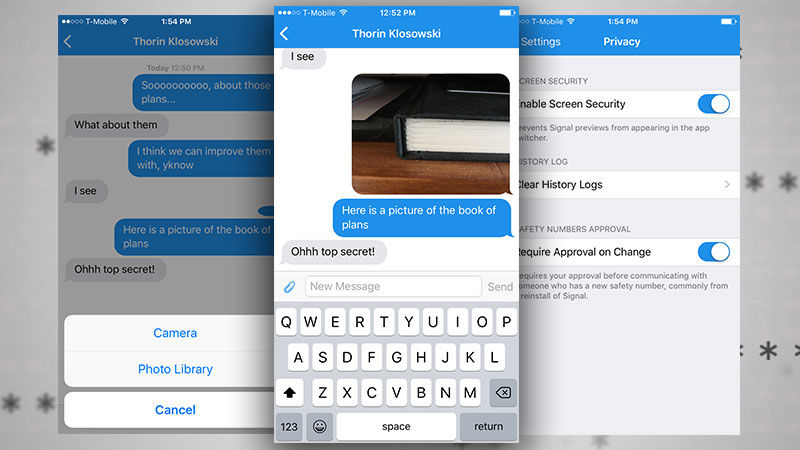 End-to-end encryption is a term we hear a lot these days, but how it works and why it’s important for security isn’t always clear. Long ago, we sent messages in plain text, meaning that anyone could see the contents of a message if they caught it while it travelled from sender to receiver. Nowadays, many messaging apps using end-to-end encryption. When done correctly, end-to-end encryption prevents a third party from viewing a conversation. It does so by securing a message with a lock, then giving the key to the sender and receiver.

This also means that even the provider, in this case, WhatsApp and Signal, cannot see the contents of a message. So, if a third party, like a government, attempts to access those messages, they can’t see the content of that message; they will see a garbled bunch of characters. Both WhatsApp and Signal use the same exact protocols for encryption. That means you can assume your messages are safe and secure regardless of which service you use. How they store personal information and message metadata differs though.

They can also put that metadata together using other people’s information. For example, if you’re not sharing your contact list, but a friend of yours is and you’re in it, then they can put those two pieces of information together. It’s also worth remembering that Facebook owns WhatsApp, which means it shares data for ad targeting. You can opt out of this, but it’s a noteworthy features because the relationship between the two is going to make some people uncomfortable. None of this is bad by any stretch of the word, but it’s still worth noting.

Security researchers also tend to worry about the fact that by default, WhatsApp backs up your data, including chat history, to your phone’s Google or iCloud account. This means that people may accidentally hand over some data to a third party without realising it. You can disable these backups of course, but many users may not realise it’s happening. One final nitpick with WhatsApp’s security comes from the fact that everyone involved in a conversation needs to be using a recent version of the app that supports encryption in order for it work. This isn’t a huge deal for most of us, but if you have a friend who never updates their apps, the encryption may not be on for the conversation.

Signal, in turn, has the shortest Privacy Policy I’ve ever seen. They store only what’s required for the service to work, like your phone number, random keys, and your profile information. It then keeps your IP address for as long as necessary to send the information. Like any service, Signal can and will turn over what information they have to a government entity that legally requests it, but they don’t have much in the way of data to begin with.

Both options are secure, but Signal is more privacy-friendly, partially because it lacks the number of features that WhatsApp has.

WhatsApp Has More Users and Features 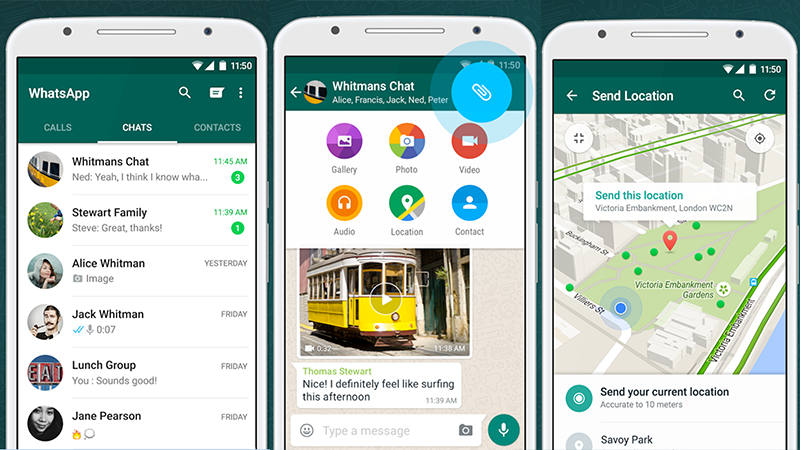 WhatsApp was a messaging app first and added the security features later on. Signal was all about security first. Because of this, WhatsApp has more now-traditional chat features. Both Signal and WhatsApp also include voice calling and video calling to round out the messaging apps.

WhatsApp allows you to send read receipts, see typing indicators, mute conversations, block contacts, set notifications, and customise what’s downloaded. You can send your location, what you’re listening to, a voice memo, add in GIFs, and more. If you’re on iOS, WhatsApp integrates with Siri so you can send messages or hear messages while on the go. WhatsApp also has some of its own tricks, like Broadcast Lists, which is a group message that looks like it’s sent to a recipient directly, almost like an old-school SMS group spam chat. You can even set the wallpaper background for each conversation thread. WhatsApp does pretty much everything that the likes of iMessage, Messenger, or Hangouts does.

Signal can send files. That’s about it. It does include a modern style group chat function and you can set messages to delete themselves after a set amount of time, but in general, it’s very barebones, and that’s on purpose. The simpler it is, the easier it is to keep your data private and secure.

Neither Have Great Desktop Apps 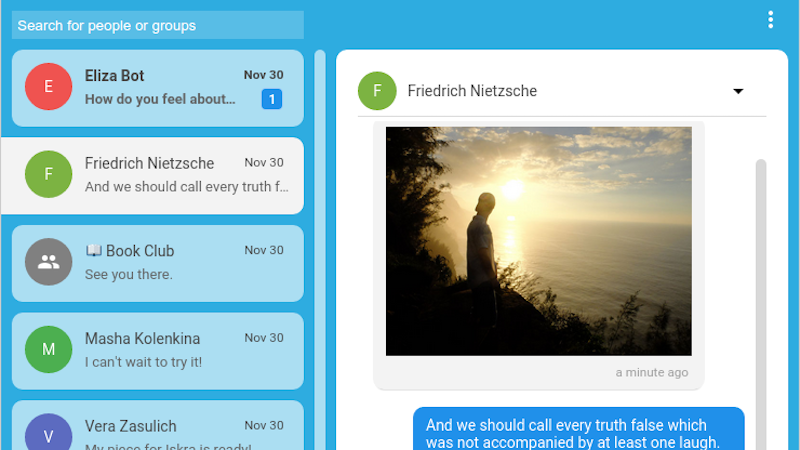 Though WhatsApp is the one to get all the fancy new features we’re all used to in messaging apps, it’s weirdly behind with its desktop app, though Signal is only slightly better.

You can access Signal on your computer, but it’s a Chrome extension. Still, it works well enough. WhatsApp, in turn, has a web app and desktop clients, but they use your phone to access WhatsApp, which mean your phone needs to be nearby. If your phone isn’t connecting to the internet, the desktop client will not work. This one’s kind of a wash, neither are great, but at least they have options.

The Verdict: WhatsApp is Great for Security, Signal is Best for Privacy

The good news is that both Signal and WhatsApp are great, and both do their job well. Chances are you’re going to go where your friends are, but if you’re choosing between these two options, then pick which suits your needs.

Which is best for you depends on why you’re using a messaging app. If you want security, as in, you don’t want some random person or government reading your messages, then WhatsApp is plenty for you. If you prefer a full-blown, all-in, “nobody can see anything that you do in any way shape or form no matter what” solution, then Signal is the app for you.