This back-end merger makes sense on paper and breaks down communication walls between the various Facebook-owned apps. Whatever the final product looks like, it will reportedly be end-to-end encrypted, and each of the apps will remain a separate service with its own icon in your phone’s app library. But the plan is to have all three messaging services using the same internal, cross-platform chat service.

That said, even with the promises of encryption and cross-platform support, WhatsApp had some serious privacy concerns in the past, and Facebook doesn’t exactly have a clean rap sheet when it comes to user privacy and data.

As a result, some users may not be happy about this messaging merger. (And some of us just don’t want to be tied to the ecosystems of big companies like Facebook.)

So let’s look at alternatives to WhatsApp and Facebook Messenger that will let you make a clean escape from Facebook’s upcoming chat platform altogether. 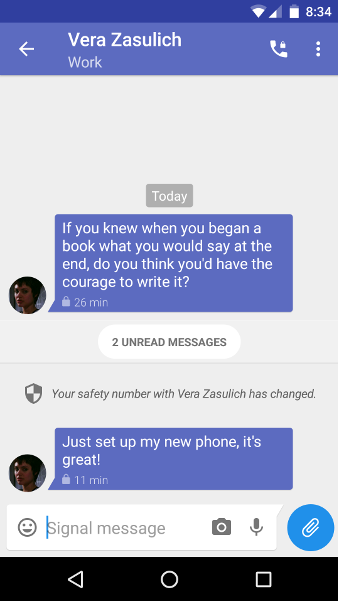 Signal is a frequently recommended messaging app thanks to its high level of privacy, user security, and transparency. Signal supports text and group messages; media messages for pictures, audio, video, and documents; and even voice/video calls between users. An Android version can also work as an SMS app, replacing the stock Android or Samsung message apps.

Signal has been endorsed by people like Edward Snowden and numerous other privacy/data security advocates (which are prominently featured on the app’s home page). All communication in the Signal app is end-to-end encrypted, and you can set up timers for messages to be auto-deleted. The dev team has also been working to reduce the amount of required sender information necessary for message delivery. If you’re interested, you can check out Signal’s entire encryption protocols here.

Signal can be downloaded for iOS, Android, Windows, macOS, and Debian-Linux distros. 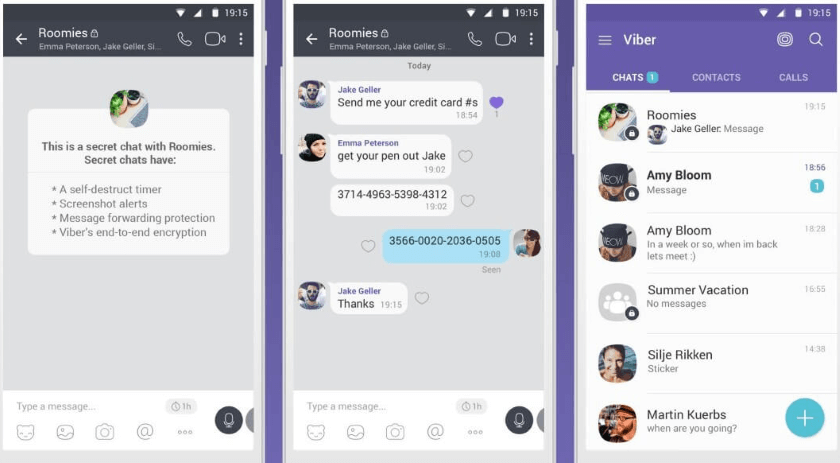 (While calls made between Viber users are free, you can make paid international calls to any landline or mobile number using the Viber Out service.)

All messages on Viber are end-to-end encrypted and can be timed to self-delete. Viber also includes a Trusted Contacts feature that helps you verify the identity of the other chat participant by swapping secret keys. The app will update you if your contact changes their account details in the future.

Viber will display your availability, much like Facebook messenger does, but you can disable this if you ever need to hide your status. You can also disable read receipts, hide conversations, and lock messages with a PIN code.

Viber is available on Android and iOS, which can be synced to your Windows or Mac desktop. 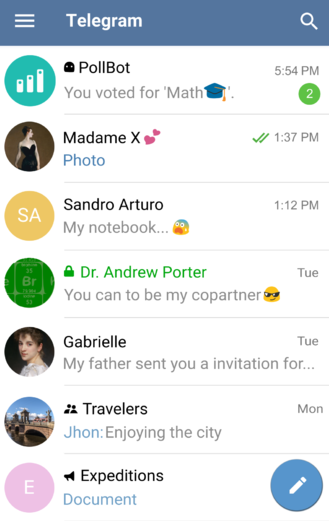 Like many of the other apps listed here, Telegram provides end-to-end encryption for all communication and auto-deletion settings. It lets users send text and media messages, and supports group messages that can include up to a whopping 200,000 people in one chat thread.

Telegram’s cloud-based chat runs on globally-distributed servers, which Telegram claims can deliver messages faster than any other messaging app available. This also means you can sync messages across all your devices, and you get unlimited storage for your shared media. If you’re a developer, the Telegram API is entirely open-source and free to use.

Telegram is available for Android, iOS, Windows Phone, Windows desktop, Linux (both 32 and 64-bit), macOS, and also offers a native web version of the app. 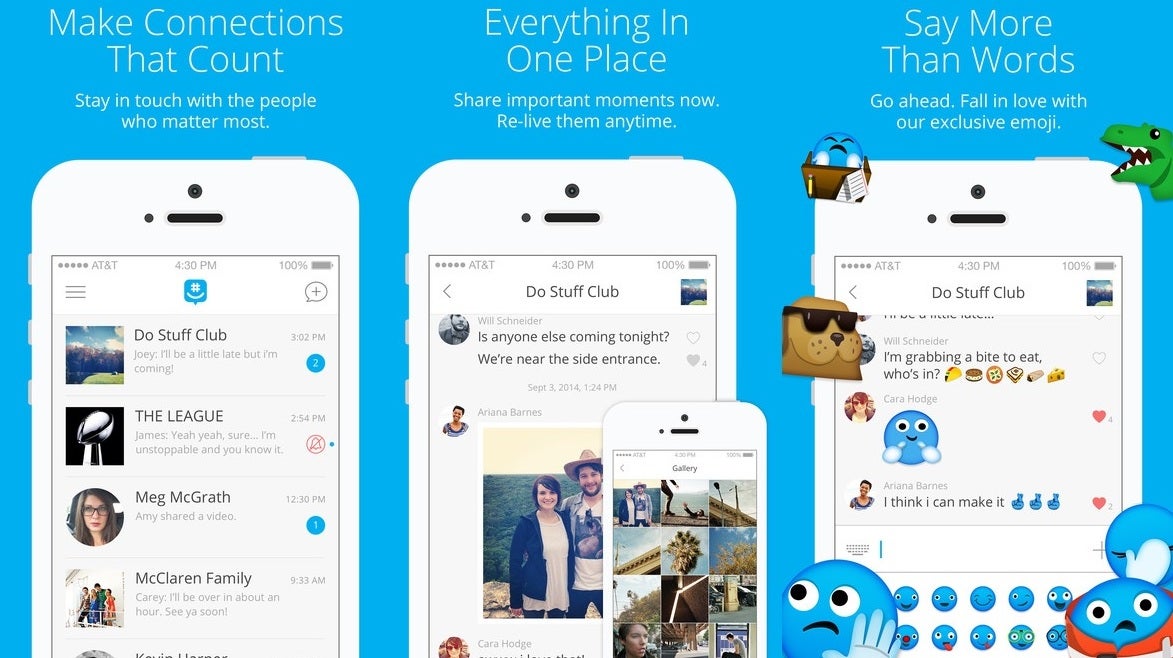 As the name implies, GroupMe is a group messaging service that provides cross-platform chat. It’s owned by Skype (which is owned by Microsoft), so it’s not open-source like the other services on this list. It’s also subject to the same data-collection practices as all Microsoft products, and it doesn’t feature encryption — nor many of the security features of the other apps we’ve included. However, what sets GroupMe apart is its focus on group chat, as well as a few other fun features.

GroupMe allows users to share videos, images, and documents, which can be viewed via a “gallery” mode that shows all the media shared within a group’s history. You can even send direct messages to specific users within a group. GroupMe also supports location sharing, as well as secondary features such as “liking” messages and custom app-based emoji sets.

There are Android, iOS, and Windows GroupMe apps, and a web-based chat client.

However, there is also an SMS-based version of GroupMe that you can use without needing an app — or even a smartphone. Users text specific commands to the GroupMe phone number to create and carry on group chats. This text-based system even allows you to manage your group and change chat settings. It’s a handy feature, but keep in mind that this functionality is only available to those in the US.