How Android Doze Works, And How To Tweak It To Save Your Battery

Your smartphone does so much that it feels impossible to get through the day on a full charge. It doesn’t have to be that way, though. Android’s Doze feature, introduced in Marshmallow and refined in Nougat, keeps battery drain low when you’re not using your phone. Here’s how it works, and how to make the most of it.

In Android, apps have the ability to use what’s called a “wakelock” to prevent your phone from going into a power-saving deep sleep mode. This deep sleep mode usually kicks in when your phone’s screen is off, but that can get in the way of how some apps work. For example, if you’re using a fitness tracker, you don’t want your phone turning off GPS or your accelerometer just because your phone is in your pocket with the screen turned off.

In principle, this is a good concept. Apps keep your phone awake and working when they need to, and let it sleep when they don’t. This is a problem, though, when every developer thinks their app is important enough to keep your phone on all the time. That’s why apps like Facebook kill your battery, even when you’re not using them.

Instead of constantly using your battery all day, Doze spaces out your usage periodically.

Instead of constantly using your battery all day, Doze spaces out your usage periodically.

Doze helps solve this problem by periodically blocking wakelocks and shutting off network access if your phone goes unused for a while. It will then periodically allow apps to check in during “maintenance windows” every so often (these windows occur less frequently the longer you don’t use your device). Depending on which version of Android you have, Doze works slightly differently under certain conditions:

If you don’t do anything with your phone, Doze will still do its job. It runs almost invisibly in the background. Occasionally you’ll get a few messages at once, rather than spread over a few minutes, but for the most part there’s no noticeable change. However, you can tweak it to give certain apps priority or squeeze a little extra battery life out of your phone.

Choose Which Apps Can Ignore Doze to Get Your Important Messages 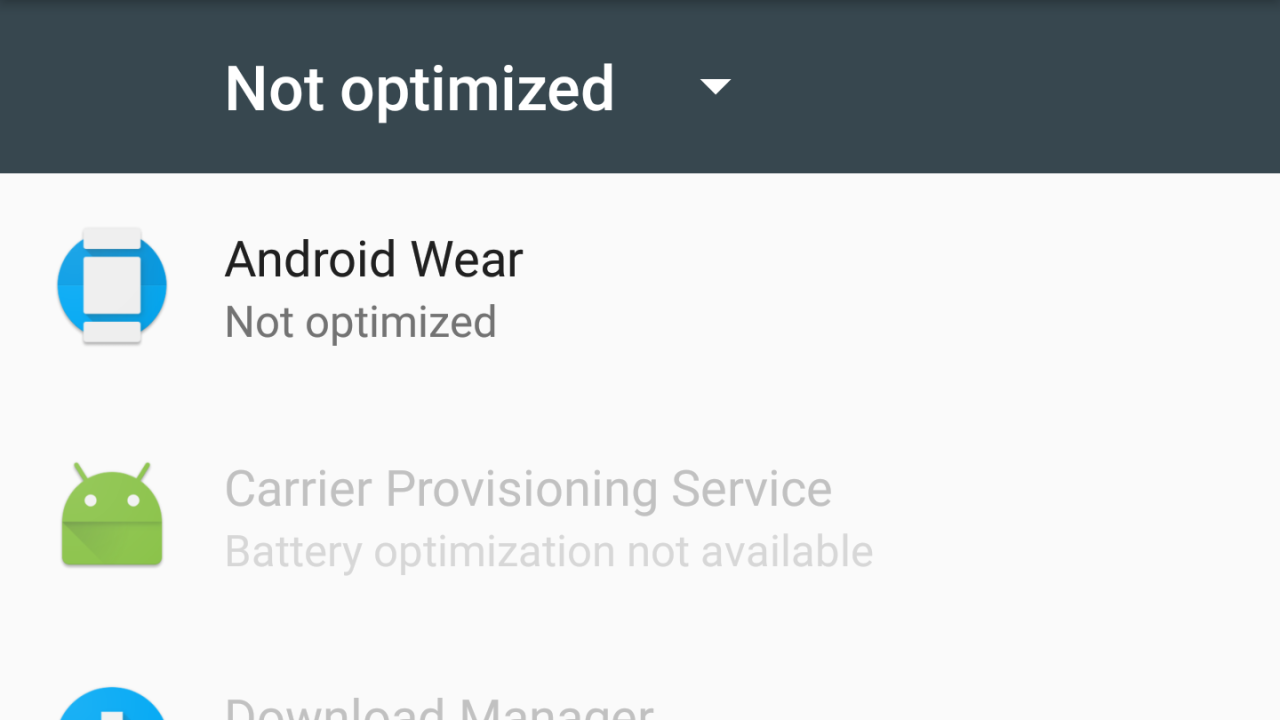 By default, only the most essential services — like Google Play Services — in Android can ignore Doze. If you’re not getting messages from an important app — or alternatively, if you’d like to squash a particularly battery-draining app — you can customise which ones are suppressed, or push through Doze. Here’s how:

Here you can see a full list of apps installed on your phone. Most should say “Optimising battery use” by default. These apps are affected by Doze. If you want one to always stay connected — say, for example, your work messaging app — then tap it and select “Don’t optimise”. From now on, that app will always be able to receive messages or access the network, but it might drain your battery.

Use Apps Like Greenify to Make Doze Even More Aggressive 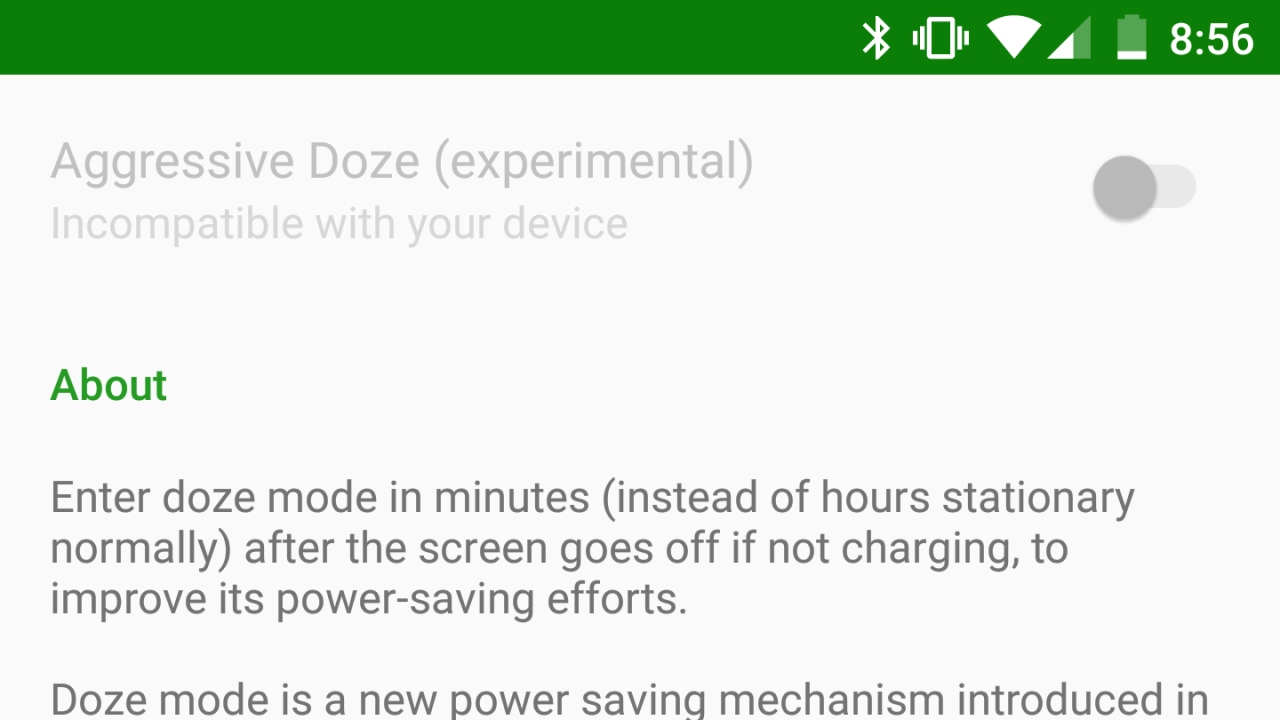 Doze on its own is already pretty powerful. However, some third-party apps can make it even better. If you’re on Android Marshmallow, Greenify offers a huge bump over the basic Doze features with Aggressive Doze. It can activate Doze in minutes, instead of hours, and it can work even when you’re moving. Unfortunately, this doesn’t work in Nougat, but most of Greenify’s aggressive features are part of Android 7.0 anyway, so it’s not that big of a deal. To get started, follow these steps:

If you do nothing else with Doze or Greenify, this will already give you a pretty big bump in your battery life over time. However, Marshmallow users can also go even further with the root app Doze Settings Editor. This lets you tweak things like how much your phone can move before Doze is disabled. You can also choose from preset profiles to tweak your phone’s battery settings without having to do all the legwork yourself. Once again, Nougat users are left out of the fun for now, but the built-in improvements to Doze should make up for it.

Doze is a huge boon for your phone or tablet’s battery life. Even if you never bother tweaking it at all, using Android Marshmallow or Nougat should help you squeeze out a couple more hours. If you need to pull a bit more juice out of that battery, though, these tweaks should help.