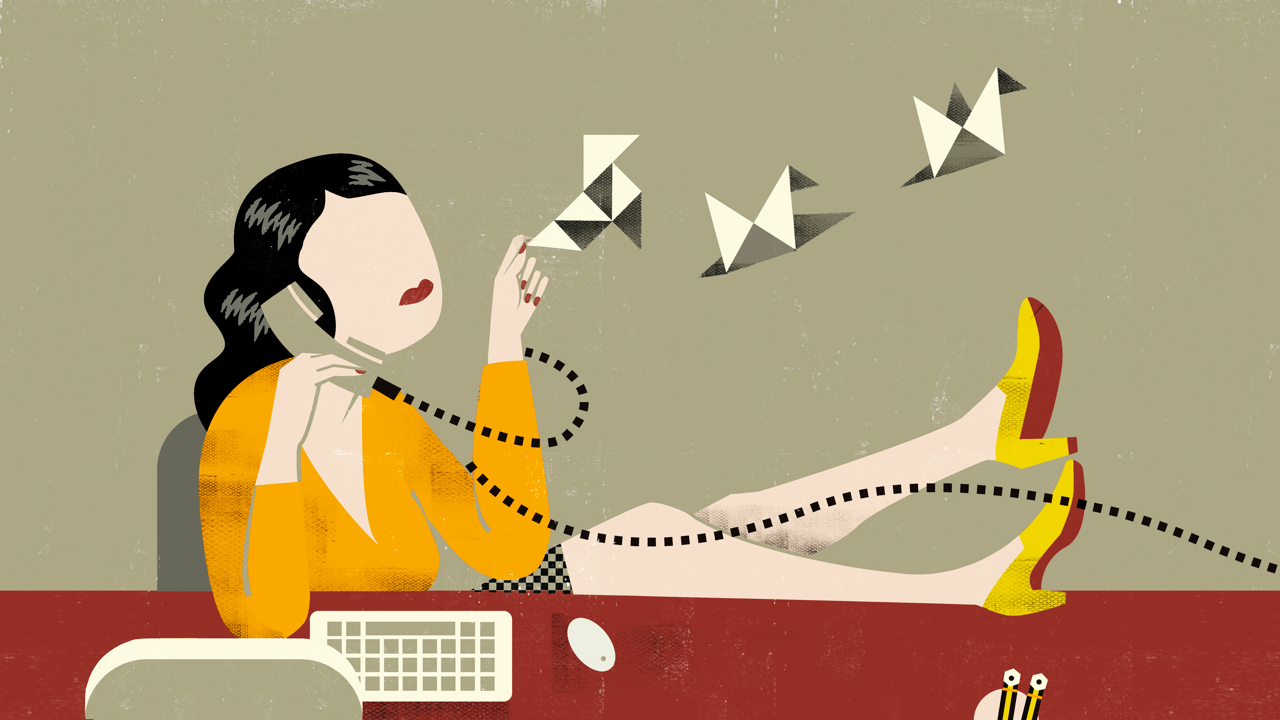 Procrastination is like a voice in your head giving you several seemingly valid reasons to avoid doing something. Usually it's tough to summon a counterargument to overcome it. So instead of shouting over that voice telling you to put something off until later, why not ask it a question? This post originally appeared on Fast Company.

Sometimes a carefully calibrated self-interrogation is the more effective way to stop procrastinating. Asking the right questions can help give you practical solutions when you feel stuck. It can heighten the sense of urgency and spur you to action. Here are four questions to keep in your back pocket the next time you hear that voice telling you to slack off and delay.

1. What One Thing Can I Do to Get Started?

Sometimes we're faced with projects so big and overwhelming that we don't know where to start. Complexity often leads to paralysis. But according to research by Dr Tim Pychyl, getting started is the hardest part. Once you actually begin working on a task, it doesn't feel as bad or complicated as you imagined it would. What's more, even if you don't finish the job in one sitting, you'll feel a lot more in control once you get a chunk of it done. This optimism gives you the momentum you need to unlimitedly see it through.

By asking yourself what you can do to take that first meaningful step, you can begin mentally breaking up the project into smaller sub-tasks, then pick the simplest one to start on. Once you begin focusing just on that, you'll likely have more motivation to keep going.

2. What Are My Three Biggest Priorities Today?

We procrastinate not just because we want to avoid doing something unpleasant but because we're overwhelmed by so much other work. Frivolous requests and distractions prevent us from focusing on what really matters — especially the tasks that are important but not immediately so.

So each morning, get your priorities straight. Ask yourself which three tasks — and they need to be concrete actions to take, not vague goals like "make progress" — you need to nail today. Then commit to them. Block out the first few hours of your day to focusing exclusively on those. Only when they're done should you move on to your other work.

3. How Can I Make This Easier?

Many of us believe that succeeding at something demands hard work — and it often does. But sometimes that belief gets in the way of finding simple solutions to big challenges. There's no shame in making something difficult easier for yourself to complete.

For instance, you might not have time to exercise for an hour every day. So rather than skipping the gym completely, start by exercising for just 10 minutes each day. Sure, at first that may feel like a waste of time or a cop-out. But something is better than nothing, and it adds up. If you can't go out for a run, just do spot jogging or a few pushups at home. The key is to commit to the easier alternative and stick with it regularly.

Habit-building expert S.J. Scott says the easiest way to build a new habit is to start really small: "You want to commit to something so easy that it's impossible to miss a day," he writes on his blog. Once you become consistent, you'll find it far easier to increase the duration.

Alternatively, you could just delegate. Ask a team member to take on a routine task or two that would free up your time and focus so you take a stab at whatever you've been putting off. Less up-front effort equals less reason to procrastinate.

In his book Great by Choice, Jim Collins writes about "productive paranoia". He explains how highly successful people like Bill Gates and Andy Grove were always worried about something going wrong, so they channelled that fear into remaining hypervigilant — always preparing, making contingency plans and taking action. Fear happens to be an extremely powerful motivator, and gently provoking it in yourself can be an effective way to stop procrastinating.

Ask yourself how you might lose out or suffer the consequences if you delay any further. And don't focus just on the immediate impact. Strongly remind yourself of the long-term fallout that comes from habitual procrastination, from limited career growth, not enough money, deteriorating health or damaged relationships.

Sure, that may sound drastic. But it can be an effective way to remove the psychological roadblock. If a dose of fear can get you back on track with your goals, isn't it worth utilising?

The truth is, all successful people have a tendency to procrastinate. The key is what steps you take to start getting things done. And sometimes that's all about asking the right questions.

Asking These 4 Questions Can Help You Stop Procrastinating [Fast Company]