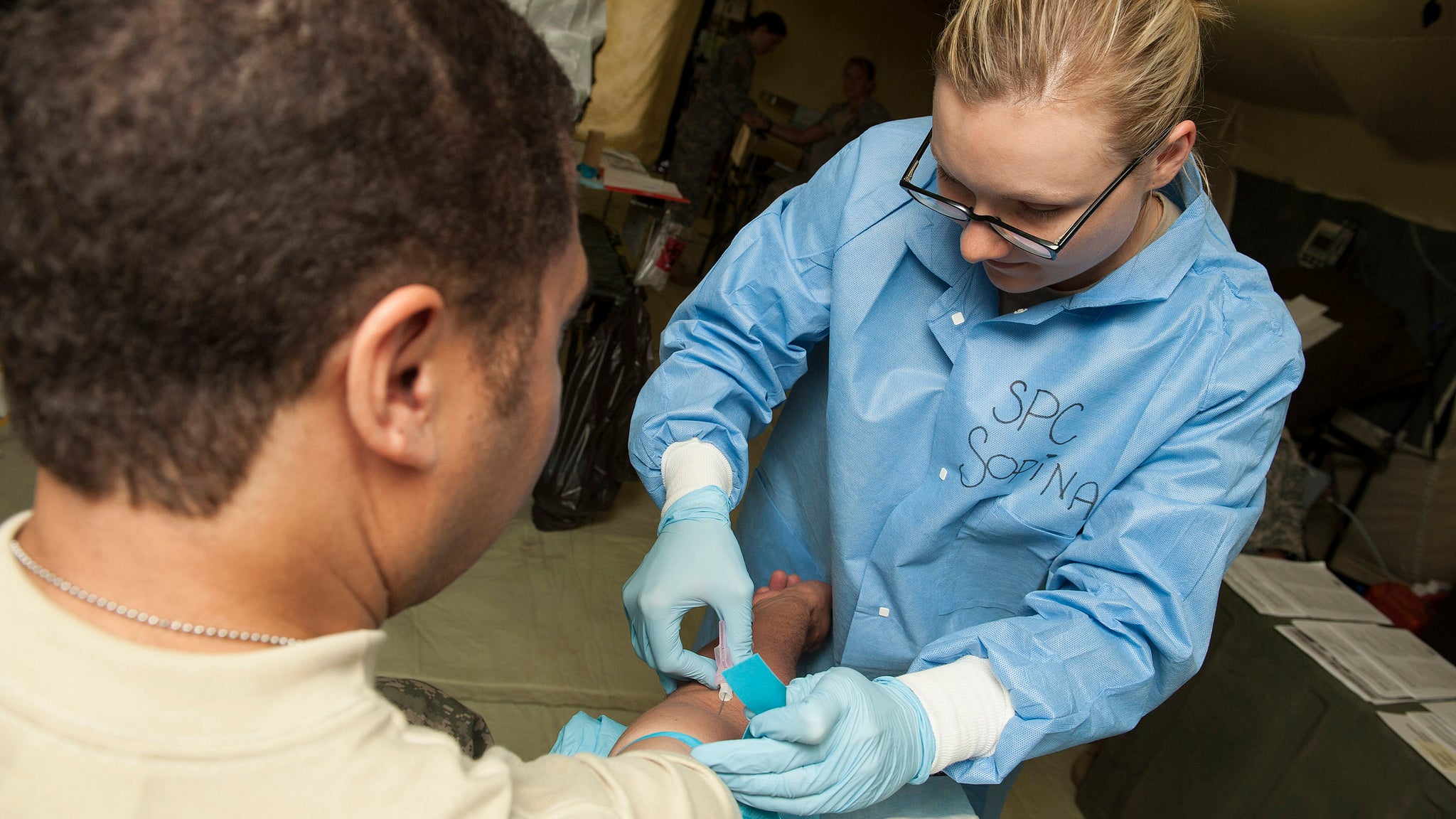 I always dread getting my cholesterol levels tested, because historically, the test requires that I fast for at least eight hours beforehand. And if you're like me, that makes for an extra cranky test subject. Thankfully, recent international guidelines say that it's OK to skip the fast. Image by DoD News Photos.

The recommendation for non-fasted blood samples comes from several large-scale, population-based studies of more than 300,000 people that include children, women, men and patients with diabetes. In a joint consensus statement by the European Atherosclerosis Society and European Federation of Clinical Chemistry and Laboratory Medicine, the authors found that the difference between fasted and non-fasted states were negligible. In fact, non-fasted results were sufficient — sometimes even better — for general screening of cardiovascular risk.

Part of their rationale, too, is that most of us spend a majority of our day fed at some point, so pulling cholesterol and triglyceride numbers on a fasted state doesn't really give a clear picture of our "normal" levels. (Still, it's probably not a good idea to have a high-fat meal like a cheeseburger meal deal before your test.)

When I asked for his thoughts on these guidelines, Dr Yoni Freedhoff, a family doctor and assistant professor at University of Ottawa, said:

Practically speaking, it's terrific. Patients often avoid getting fasting blood work done because of the additional difficulty involved. They don't enjoy fasting, have medical conditions not amenable to fasting, have regular morning obligations, and/or get frustrated by long line-ups of other patients waiting to get their fasting blood work drawn.

The paper also noted it makes things easier not only for patients but also for the general practitioners, laboratories and hospital staff. Everyone wins.

Denmark has standardised non-fasted testing since 2009, while updated guidelines from the National Institute for Health and Care Excellence in UK also note that non-fasted samples aren't needed. Elsewhere, these recommendations have yet to be widely accepted.

That said, standard procedures, like "abnormal" test values to look out for and conditions for re-testing, will have to be carefully considered and established, and may differ from country to country. If your doctor insists that you fast, it'd benefit the both of you to listen to make things fuss-free for the other parties involved, though Dr Freedhoff adds that you can "gently encourage that MD to read up on non-fasting lipid profiles and recommendations".

Fasting is not routinely required for determination of a lipid profile: clinical and laboratory implications including flagging at desirable concentration cut-points [European Heart Journal]