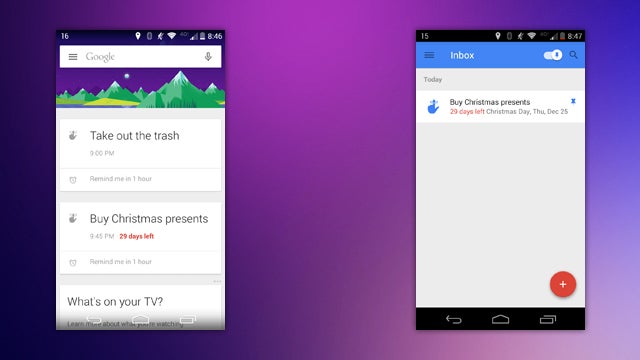 Being able to make your smartphone do things by just giving it a verbal command can be exceptionally useful when your hands are busy or when you're simply too lazy to type. Here are some ways you can use Google App voice commands for your phone.

I remember years ago when I interviewed Apple co-founder Steve Wozniak on what he thought would be the next big thing in tech. He enthusiastically said voice commands. To be honest, I wasn't exactly convinced back then Siri, Google App and Cortana came onto the scene and now I know that Wozniak is actually a clairvoyant.

Today, we look at six tips and tricks that you can use with the Google App, the digital personal assistant available on Android and iOS devices as well as through the Google Chrome web browser. Some of these you may already be familiar with, but hopefully this will enlighten some Google Now neophytes:

You can even ask Google App a string of related questions. For example: "What’s The Martian about?" followed by "Who’s in the cast?" then "How old is he?" and "Who’s he married to?"

Do you have a voice command trick you'd like to share? Let us know in the comments.