Steam has more or less owned the PC gaming market for the last decade, but we finally have a decent challenger with GOG Galaxy. Here’s how the two stack up against each other, and more importantly, what that means for PC gamers as a whole.

For years, Steam has been the only game (ahem) in town for buying video games and managing your library. Last year, though, GOG introduced its own library client called GOG Galaxy. Both platforms are aiming to be a general purpose, multi-publisher library with a whole surrounding community. 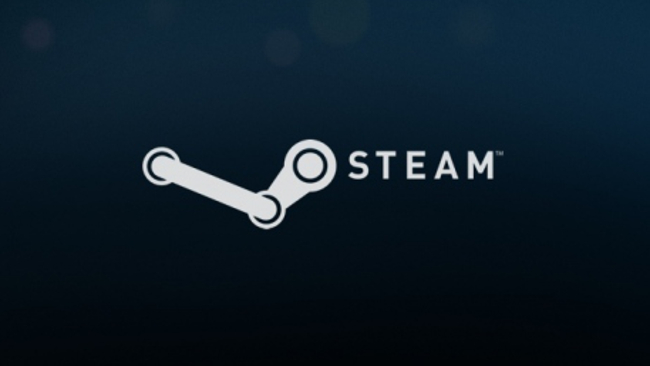 With a massive community and a huge store, Steam transformed the way PC gamers buy games. You can manage all your games in one place, keep them updated, track achievements, and play with your friends through the game overlay. 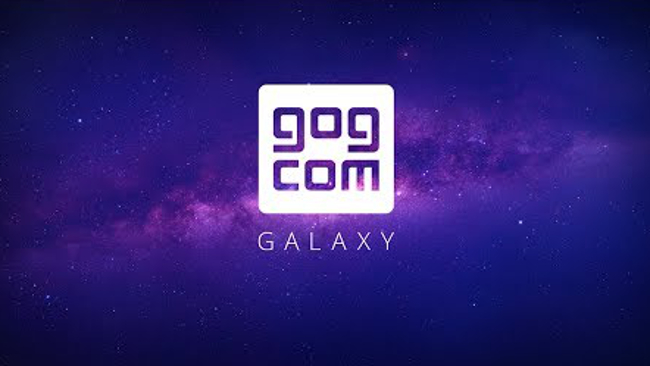 If you hate digital rights management (DRM), GOG is the store to use. None of the games on GOG’s store comes with any copy protection, which means you’re in complete control of your games forever. The new GOG Galaxy platform also adds achievements, chat with friends and a library app that keeps your games up to date.

There are a lot of areas where these platforms overlap. We won’t spend too much time discussing areas where they’re the same (achievements are achievements, no matter who’s tracking them). Instead, here are some of the ways that the two differ significantly, which might influence where you decide to buy your games. 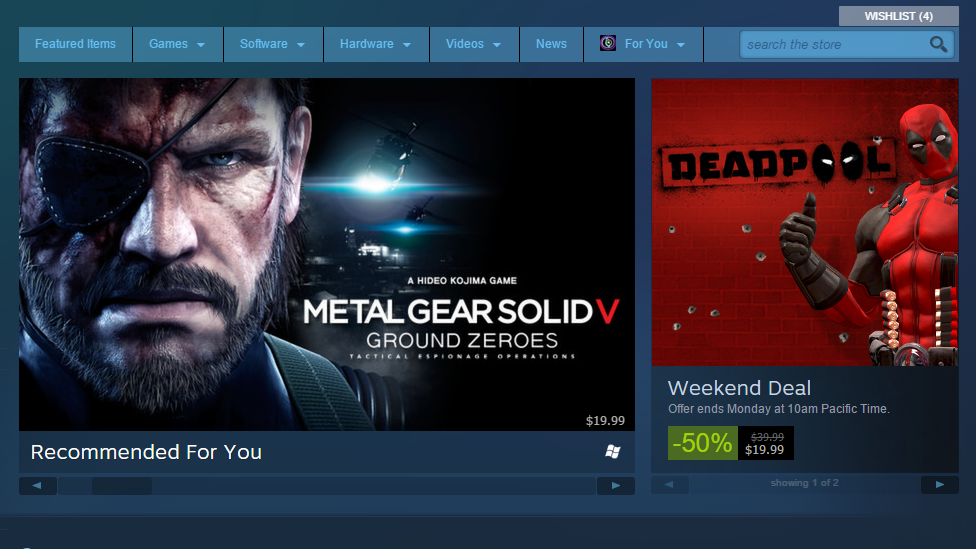 Let’s get this one out of the way up front: Steam has a better selection. It’s an unavoidable fact. This is partly because GOG doesn’t use DRM on any of its games, so any publisher that wants DRM on the games they sell (read: almost every major one) is immediately out. Disregarding all other comparisons, this puts GOG at a pretty substantial disadvantage. Also, by virtue of being the de facto leader of PC game sales, Steam has nearly every game you could want in its library (with the notable exceptions of exclusives from publisher-branded stores like EA’s Origin, or Blizzard).

That “nearly” is where GOG sneaks in an advantage. GOG began life as a store called Good Old Games (hence the name) that focused on older games the rest of the industry forgot. If there’s an older game Steam doesn’t have, you can probably find it on GOG, and maybe even patched to work with newer platforms. For me, this has single-handedly saved Dungeon Keeper 2 from the ravages of history.

As for which platform has the better prices, that can vary with the wind. If all you’re concerned about is price, we suggest using services like OzBargain which has a section dedicated to gaming . While you can shop around for the best price, your bigger issue may be in how you choose to manage your library. 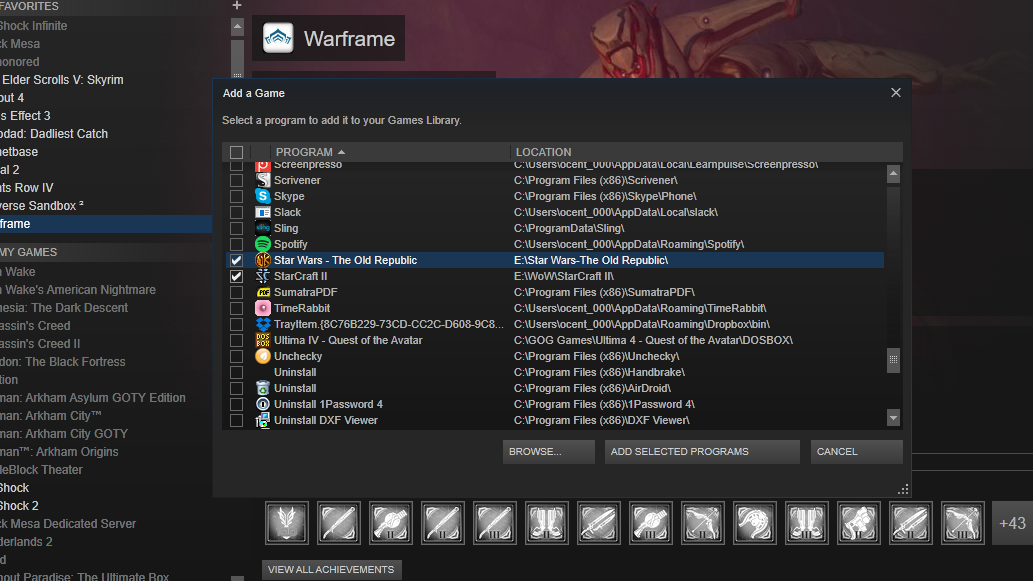 When it comes to managing your massive library of PC games, Steam is already the best around. You can buy games from other retailers and activate them on Steam to download as many times as you want. You can also add non-Steam games, so you can easily organise and launch your games from one app. You won’t be able to download non-Steam games from Steam, but it makes organisation easier.

Meanwhile, GOG Galaxy is frustratingly limited. You can only manage games purchased or activated on GOG. There are ways to trick the client into adding a listing for non-GOG games, and one GOG user even made a tool to help do so, but it’s much more complicated than it is on Steam. Unfortunately, this means if you want to buy games from anyone besides GOG, you’re going to need to use two different library applications to manage your games. That kind of sucks, but if you’ve ever bought a game from Origin or Blizzard, you’re probably used to using multiple launchers. It’s an inconvenience, but not the end of the world. 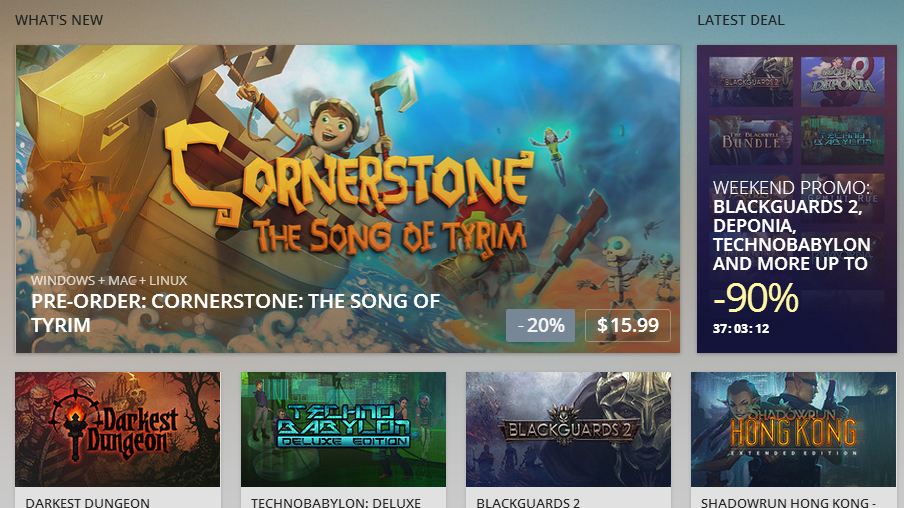 The biggest point in GOG’s favour is the complete lack of DRM for every single game in its library. This means that you can download or copy your games as many times as you want on as many supported platforms as you want, and GOG will never block you from playing it. That’s particularly good news for all the old games that don’t get much support anymore. The only major downside is that it means GOG will never have full library parity with Steam.

It’s also worth pointing out that Steam’s DRM isn’t that bad. As a matter of principle, GOG’s system is better for customers, but in practice Steam’s DRM rarely gets in the way. Offline mode has gotten better. As long as you’ve launched a game once, you can play it without an internet connection. As DRM goes, it does a pretty good job of getting out of the way.

The one exception is when something goes wrong. If your account gets hacked or locked for some reason, Steam’s customer support isn’t the best (which we’ll get back to), so you may end up locked out of games you paid for and installed because something on Steam’s end stopped working. There is a bit of a gamble either way. You can deal with the mild everyday frustrations of GOG’s system, or risk the rare yet major headaches of Steam’s DRM. 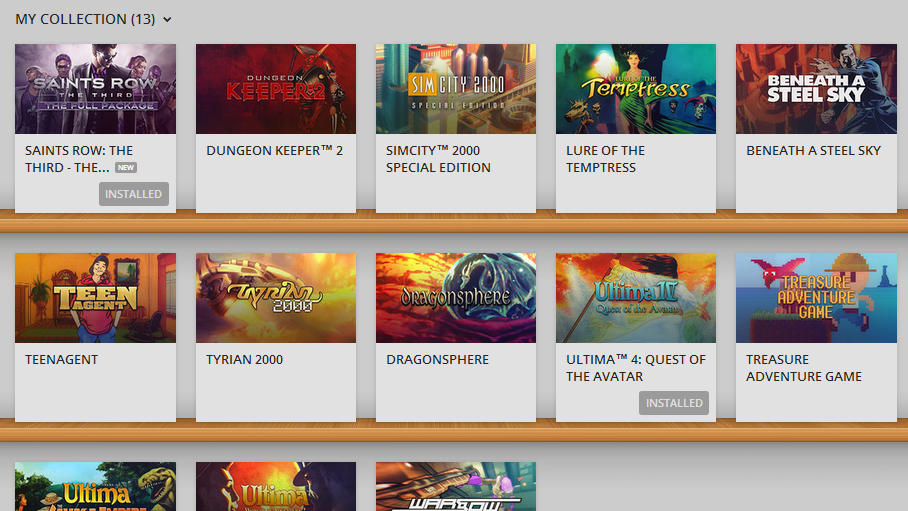 While Steam’s refund policy is not without its fair share of controversy, it’s more welcome than none at all. However, it’s fairly limited. You can only return a game if it was purchased in the last fourteen days, and if you’ve played it for less than two hours.

For big AAA games, this can be a frustratingly short window, when you include intro cinematics and tutorial levels. For shorter games, on the other hand, you could play through the entire thing and still get a refund (though that’s quite a dick move to developers).

Steam famously made an exception to this policy when Arkham Knight’s PC port thoroughly sucked. The company extended the window for two months, regardless of how much you’d played it. In one case study, we saw the reason why the refund system was necessary, as well as a demonstration of the inadequacies of Steam’s implementation.

GOG’s refund policy, on the other hand, allows you to return a game up to thirty days after purchase, no matter how long you’ve played it. The catch is, GOG only issues refunds for technical problems. According to the company’s FAQ page, you’ll have to bear with at least some level of troubleshooting to even qualify for a refund. If you just didn’t like a game, tough luck. This makes sense for a store without DRM, and the longer window is nice, but it’s worth keeping in mind if you just wanted to try out a game.

It’s no secret that Steam has been widely criticised for its poor customer service in the past. The Better Business Bureau gives the company an F due its customer support failings. While the BBB is not devoid of controversy itself, it’s still not a great look. Even Valve itself acknowledged last year that its customer service needs repair, though not much has happened on that front.

Being the biggest game distributor means that Steam is gonna end up making some controversial moves no matter what it does. Still, Valve seems to have a crazy knack for pissing off its customers in big, headline-grabbing ways.

For several examples, developers are worried the two hour window for refunds is ripe for abuse. Steam’s crowd-sourced review and tagging system can be easily manipulated with little oversight. The company introduced paid mods, a move so widely despised Steam removed the feature a mere four days later. On Christmas last year, a technical issue caused users to see random stranger’s accounts, affecting about 34,000 user accounts. Valve didn’t even publicly acknowledge it happened until five days later. The company pulled a mass-murder simulator from its Greenlight service (which is controversial enough) on its own with little explanation. Valve’s co-founder and big-boss Gabe Newell stepped in to put it back the next day.

Steam also draws ire for its Greenlight and Early Access programs. Greenlight has a problem with just awful games getting dumped on the service, which is why Steam announced in 2014 that will kill the program. That hasn’t happened yet, but its replacement has already arrived. Steam Early Access is a bit more curated than Greenlight (where anyone can submit a half-assed game), but you’re still buying unfinished games, and that can frequently lead to dissatisfied customers.

Meanwhile, GOG’s customer service is relatively well-liked. GOG offers a Fair Price policy that guarantees international customers, including Australians, pay the same price across borders, or else get a store credit for the difference, and response times tend to be quicker. While part of the discrepancy may be because Steam has more customers, there are enough case studies to suggest that if you want good customer service, GOG has a better chance of making you happy.

The Bottom Line: Maybe You Should Just Use Both

Comparing Steam and GOG is a fun exercise to learn about what works and what doesn’t on a gaming platform. Fortunately, you don’t have to choose. You can buy cheap, DRM-free games from GOG, use Steam for everything you can’t find on GOG, and launch them from whatever store you bought them on. If you want to organise all your games in one library, you can just add shortcuts to GOG games in Steam.

GOG Galaxy offers enough basic functionality that buying a game through its store won’t leave you at a huge disadvantage. You can still track your achievements, get regular game updates, and in some games you can even still play with your Steam friends. It’s worthwhile enough that you should check in every once in a while before you head to the next Steam sale.