Close up of dog eating food from a red bowl

5 Foods You Should Never Feed to Dogs 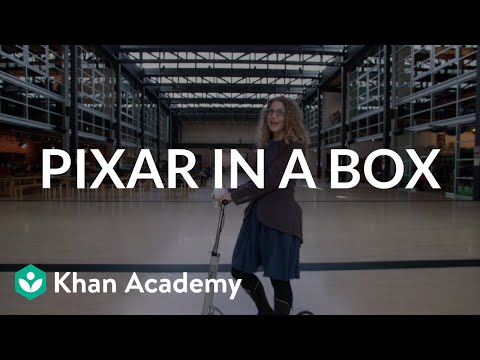 Khan Academy and Pixar have launched “Pixar in a Box”, a new course meant to teach kids the practical uses for all the stuff they’re learning in school and the basics of working on creative projects.

Pixar in a Box isn’t a straight-up class like we usually think of them. While there are classes on everything from character modelling to animation, Pixar in a Box is more aimed at showing how basic concepts like maths are useable in creative fields.

As you’d probably expect from Pixar, it’s a nice balance between practical concepts and creative endeavours. It’s also free and even if you’re not terribly interesting in animation, there’s some value in learning about the ways Pixar gets things done.

Pixar in a Box [Khan Academy]