Odd Jobs: How To Become A Blimp Pilot

Mark Finney is the chief pilot of Appliances Online’s Legendary Blimp: the only airship in the Southern Hemisphere. Here he explains how to get to fly a blimp yourself.

Flying a blimp is very seat-of-the-pants: it’s very hands on. There’s no hydraulic or electrical assistance for the flying controls, no autopilot. It’s very simple and you feel everything.

You use the pedals to go left and right, it’s a very physical aircraft. There’s a wheel on each side of the pilot’s seat to control pitch. There are no wings or ailerons, only up/down/left/right. There are two engines for going faster and slower. It’s a unique experience and very different to most other types of aircraft.

Then you need blimp training, between 100 and 120 hours, depending what type of operation you’re on. You can do this in three months, although it can take longer if the ship is not dedicated to training. There are three ways to get your commercial licence:

How I got qualified 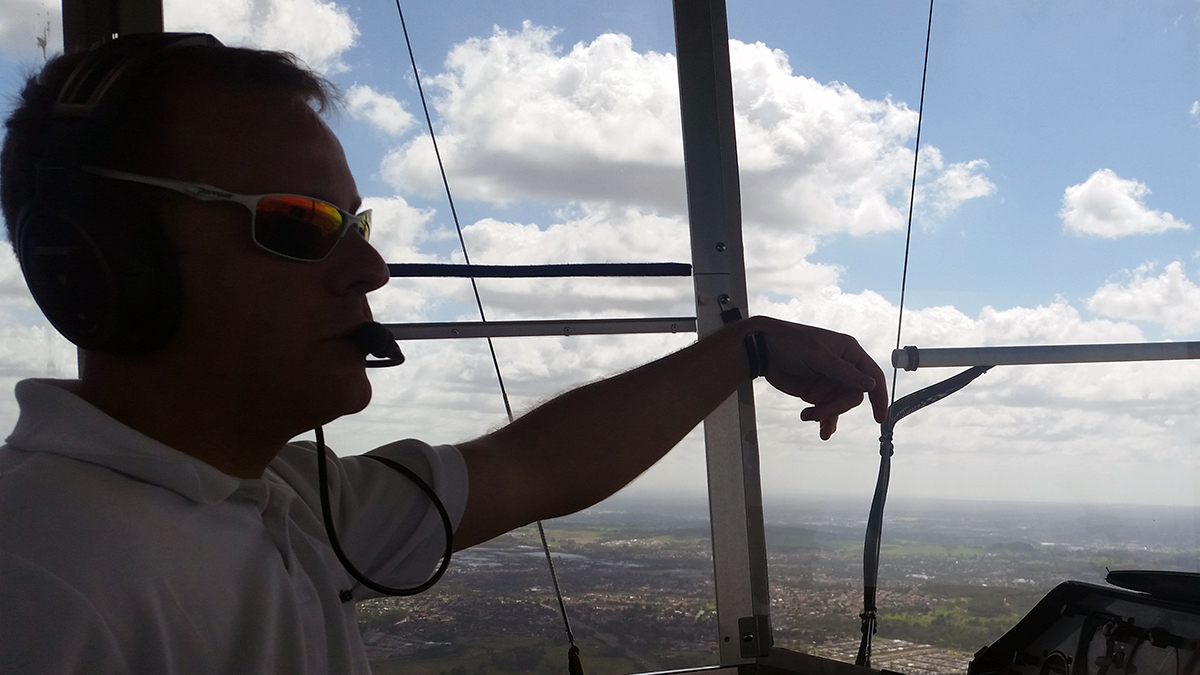 I got my initial aviation training in the Royal Navy where I worked as an observer in the Fleet Air Arm, sinking Russian submarines from a Sea King Mark 5 helicopter.

When I left the navy I got my commercial licence privately: for both UK and US fixed wing aircraft. I knew someone in the blimp business and tried it for a laugh, I trained in house at Van Wagner, and here I am fifteen years later.

The kind of character you need 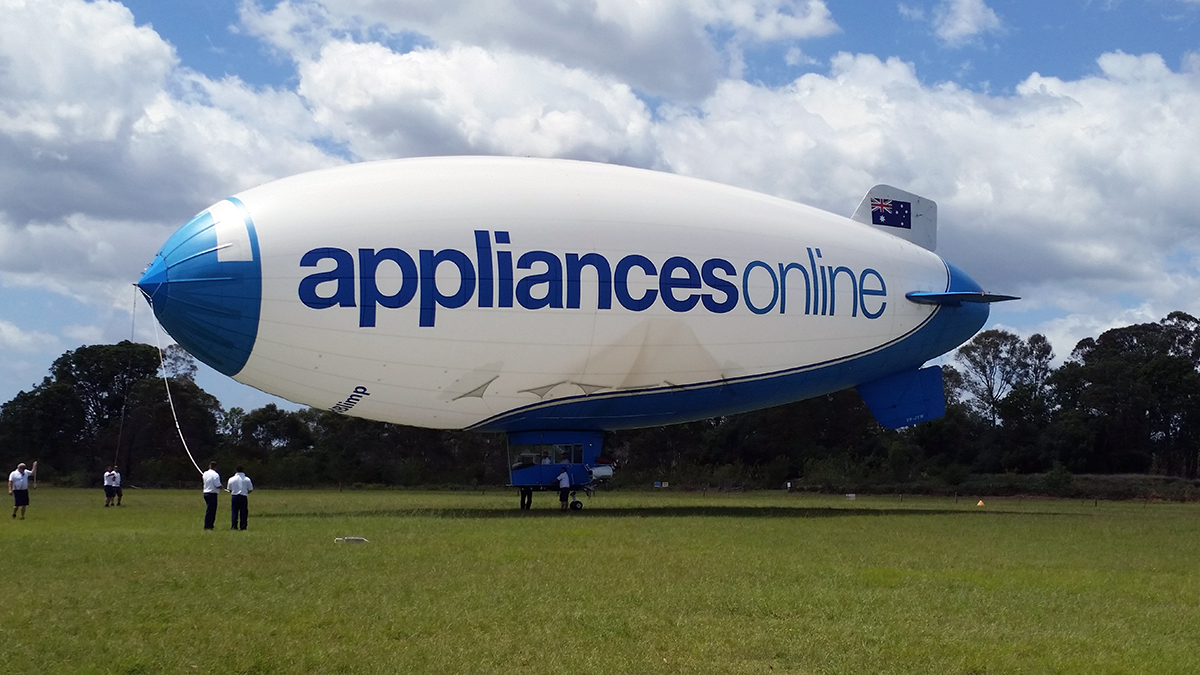 First up you’ve got to be physically able. As with all pilots there are ongoing, thorough medicals you have to pass as a licence requirement, such as the First Class Aviation Medical. The military also carries out very rigorous pilot aptitude tests, from hand-eye coordination and puzzle solving to cognitive and IQ tests. Some airlines may also do this as part of their selection process.

If you’re colour blind you’re out unfortunately. All pilots, on any type of aircraft, need to be able to distinguish between red and green.

For airships you’ve got to be a good team player, and willing to travel. Separation from friends and family can be the most difficult challenge.

Nerves of steel are a big advantage as well as a strong stomach: a blimp is a very light craft so gets buffeted around by air currents much more than a commercial passenger jet does. Early mornings are often smooth, then the afternoons can be a vicious rollercoaster and most passengers would probably be sick within 30 minutes. I have felt sick in an airship when I first started, but I don’t any more. The first flight is a rough one as you don’t have time to get acclimatised. 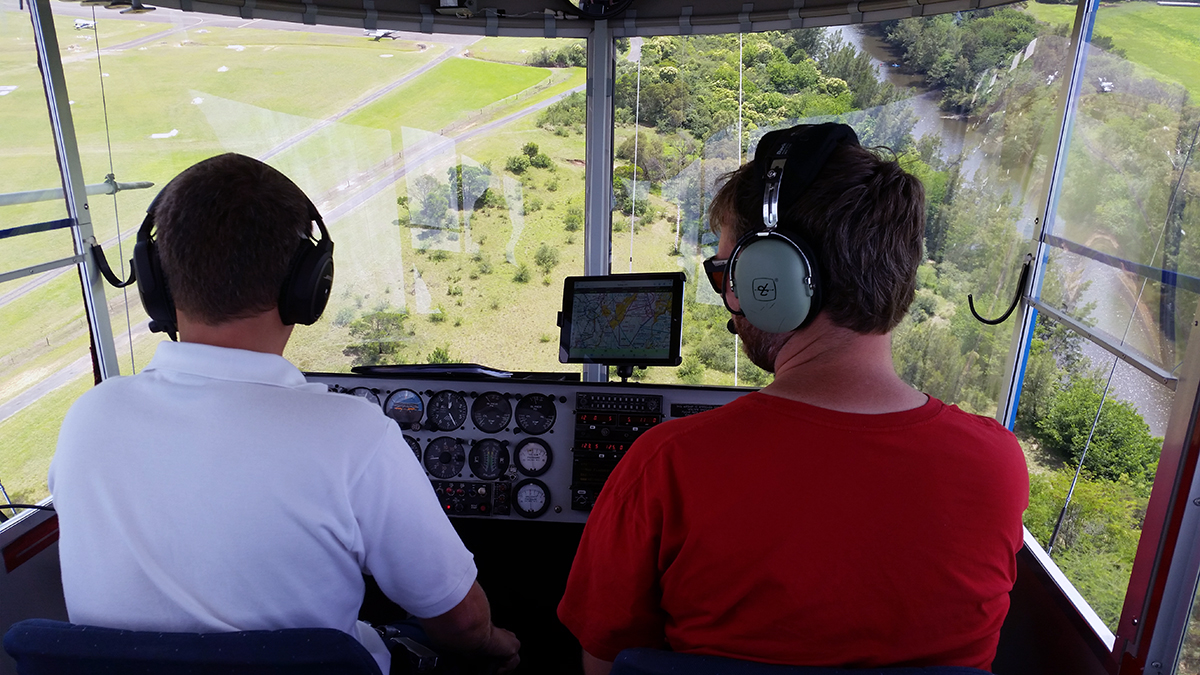 If a storm blows up you need to get out of the sky pretty quickly. Weather forecasting is now very good, so a lot of the danger has been taken out of blimp flying in the last thirty to forty years. Lightning is less of an issue because the blimp doesn’t have much mass or metal to attract lightning. I have been chased by storms but managed to escape them.

With the Appliances Online Legendary Blimp if we’re going from A to B we’re close to crew all the time, so can just land in a farmer’s field if a storm blows up. The farmer may be annoyed, but we’re safe. We don’t need that much space to land, but we usually use airports for support and landing. 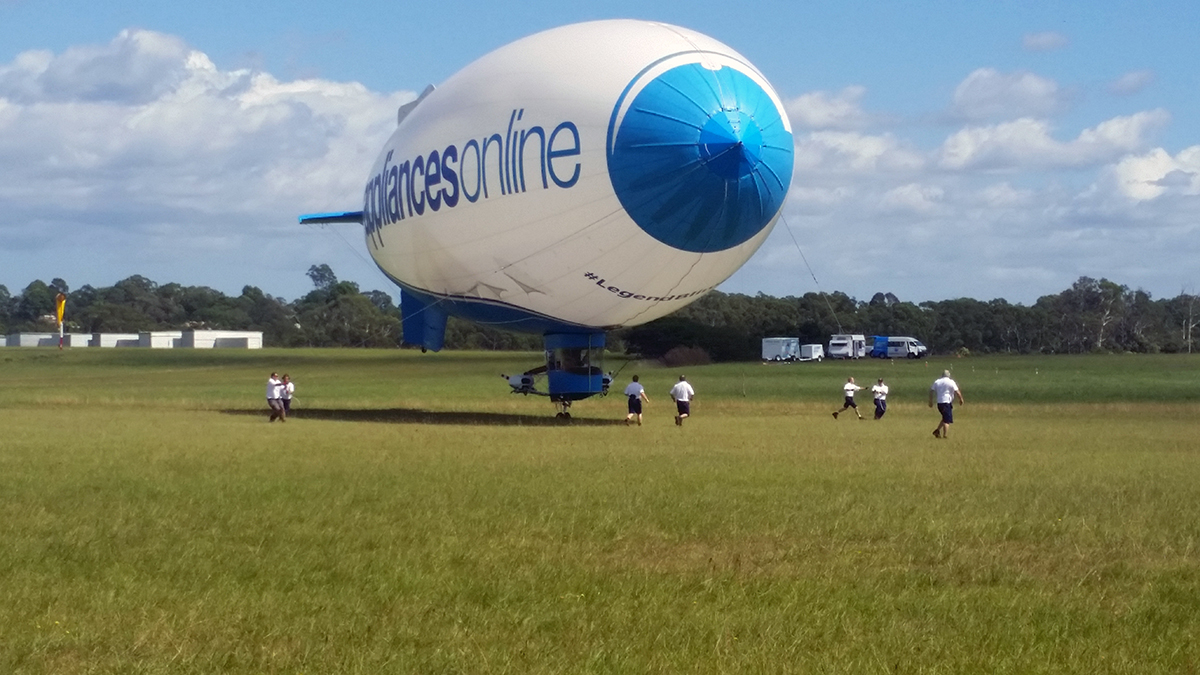 One of the most important blimp jobs I’ve done was mine clearance. In 2000 we took a small A60+ blimp to Kosovo, sponsored by Virgin and the UN, and helped NGOs with mine clearance. We flew a camera to search unexploded ordinance, and also test flew a ground penetrating radar which was quite high tech at the time.

We also do a lot of aerial filming. I have filmed almost every sporting event from the London Olympics to baseball, horse racing and golf, so you enjoy a bird’s eye view of major events.

Unfortunately you can’t do stunts in a blimp as it’s not an aerobatic aircraft: you can’t loop-the-loop or do barrels. Some civil aviation authorities such as the US allow blimps to drop parachutists, but it’s not permitted under Australian regulations.