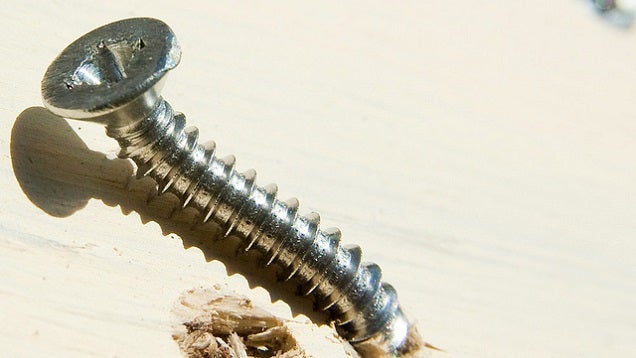 Sometimes, real productivity is more about knowing when to take a break, not when to push forward. Just like a screw, your mind and body can be worked so hard that you become stuck for much longer than you need to be.

The author Nicholas Carlson revealed his writing process in a recent article at Business Insider. All in all, he managed to write a 93,000-word book in about six weeks. A pretty productive feat, all things considered, and one of his key strategies was that he constantly told himself "don't strip the screw":

When a screw is screwed in too tight, you can get it stuck forever if you strip it by turning too hard too suddenly. Sometimes, when I was working, I would hit a tricky passage, get very anxious and want to force myself to START WRITING NOW. This never helped. So I imagined my brain was a screw that I didn't want to strip. I gave myself a break and allowed myself to just stare at the screen if that's all I was able to do at that moment.

So, as you work, imagine that your mind is a screw — slowly making it's way to where it needs to go. When you hit a great deal of resistance, don't keep twisting with more force. Stop, give yourself a break and come back to the screw with a better screwdriver.

The Productivity Hacks I Used to Write a 93,000-Word Book in 6 Weeks [Business Insider]